These Haunted Places in Sweden Will Give You Chills 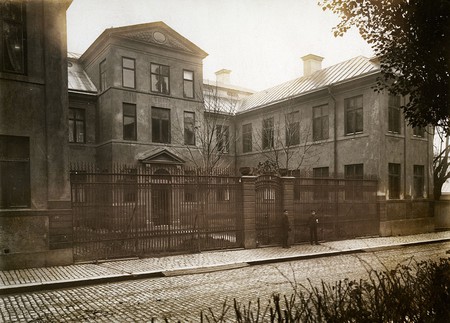 For a country that hasn’t really gained much of a reputation for being haunted, there is a decent number of haunted places scattered around Sweden that are all but guaranteed to give those brave enough to visit chills. Here are some of the spooky sites to see in Sweden.

Stockholm’s subway system is home to the world’s longest art gallery—and it’s also allegedly home to the Ghost Station. Legend has it that if passengers waiting on the subway platform see a silver train slowly passing, don’t get on. It’s Silverpilen (the Silver Arrow) heading to an abandoned station in the middle of the woods while carrying the souls of the dead. Those that do get on will never return. The legend stems from a station that actually was built in the 1970s but never completed paired with a prototype aluminum train that was in use between 1966 and 1996. Most of the trains were scrapped, but there are still a few in museums…and on the blue line. 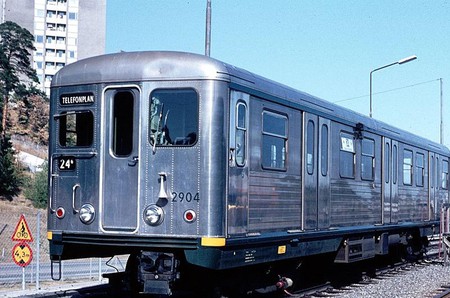 The tiny village of Borgvattnet in the province of Jämtland has just 50 residents—and is said to have the highest number of ghosts per capita in the country. It’s also said that its vicarage, which dates from 1876, is Sweden’s most haunted spot. It was back in 1927 that ghosts were first spotted at the Vicarage and there have been a significant number of reported sightings since. The good news is that the ghosts are fairly harmless—if knocking people out of chairs, moving furniture around while people are sleeping, or tossing babies out of windows sounds harmless. Today, the Vicarage is a small bed and breakfast for those brave enough to book a room. 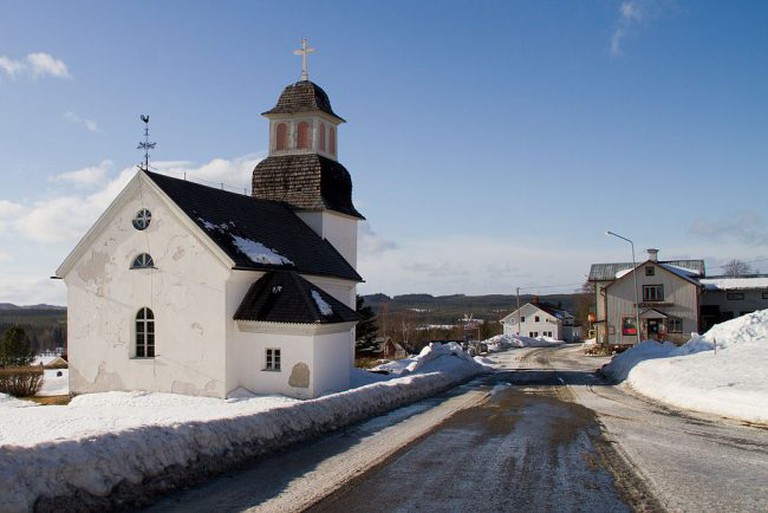 Svaneholm Castle lays claim to a number of ghosts, including a love-lorn 16th century Danish king, the helpful Grey Monk, and a few random ladies who waft about the place looking ethereal. Located in southern Sweden, ghost hunters who have investigated the place haven’t discovered any evidence of a haunting. However, that doesn’t stop people from believing and reporting sightings regularly. 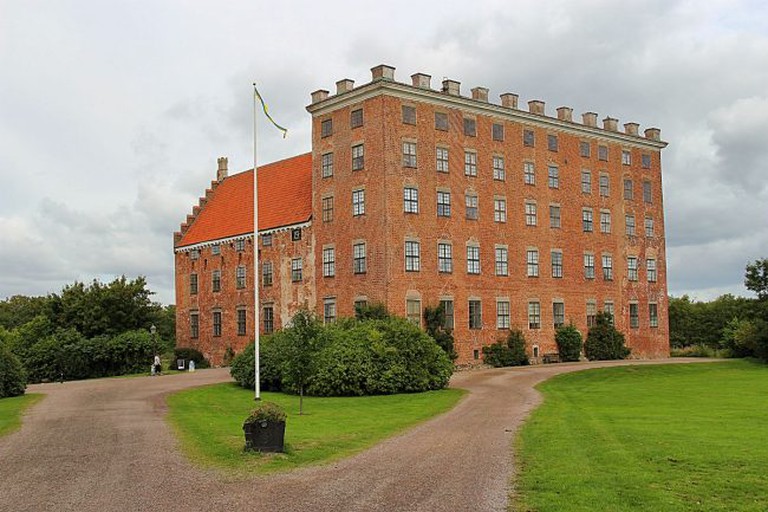 Stockholm’s Royal Palace attracts numerous visitors each year, and it has served as a royal residence and symbol of the monarchy for centuries. With over 1400 rooms, it’s also one of the world’s largest palaces—meaning there is plenty of room for some ghost action.

And ghost action there is. The White Lady—Vita Frun—allegedly appears in connection with the death of a member of the royal family. King Oscar wrote that she is tall, wears a white dress, a long white veil, and dark gloves clutching a ring of keys. In 1971, Princess Eugenie saw her three days before Queen Louise’s death. More than 50 years before, she appeared as Princess Margaret lay dying. The princess wasn’t dead yet, but the flag at the palace was lowered to half mast and a guard allegedly saw her on the roof. Two hours later, Margaret was dead. 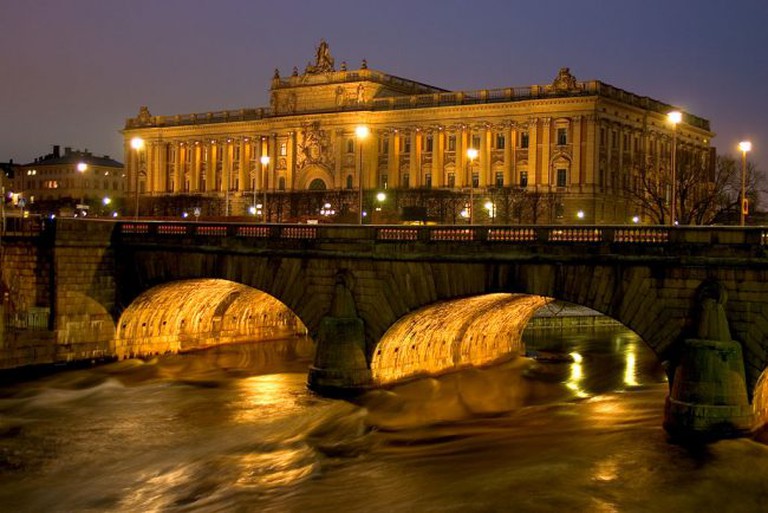 Building, Historical Landmark
Facebook
Email
Twitter
Pinterest
Copy link
Share
Map View
The Stockholm Bloodbath of 1520 is one of the most macabre events in Swedish history. When Danish King Kristian II successfully invaded Sweden, 92 members of the Swedish nobility who opposed the Dane were beheaded or hanged in Stortorget, the main square in Old Town (Gamla Stan). Some say that people can see their blood flowing across the square’s cobblestones in early November. Should one of the 92 white stones in the red building near where the nobles were murdered—which represent the slain men—be removed, the ghost of the person represented will rise from the dead and haunt the streets of Stockholm for all of eternity.
Open In Google Maps
Gamla stan, Södermalm Stockholm, Stockholm County, Sweden
Give us feedback

The Palace of Scheffler

Possibly Stockholm’s most notorious-haunted building, reports of ghosts at the Palace of Scheffler (known as Spökslottet or ‘the ghost castle’) date from the 18th century. Witnesses have reported seeing mirrors and windows shattering for no reason as well as music and songs filling the air from seemingly out of nowhere. The palace has been the site of a number of murders and disappearances with one former owner (an alleged worshiper of Satan), Jacob von Balthasar Knigge, last seen entering a black carriage being pulled by a coachman with horns and a tail. Meanwhile, a priest who came to exorcise the building was allegedly thrown from an upper window, a famous opera singer committed suicide here, and a young couple was murdered and bricked up behind a wall in the basement. The palace is now owned by Stockholm University, who uses it mostly as a storage space. 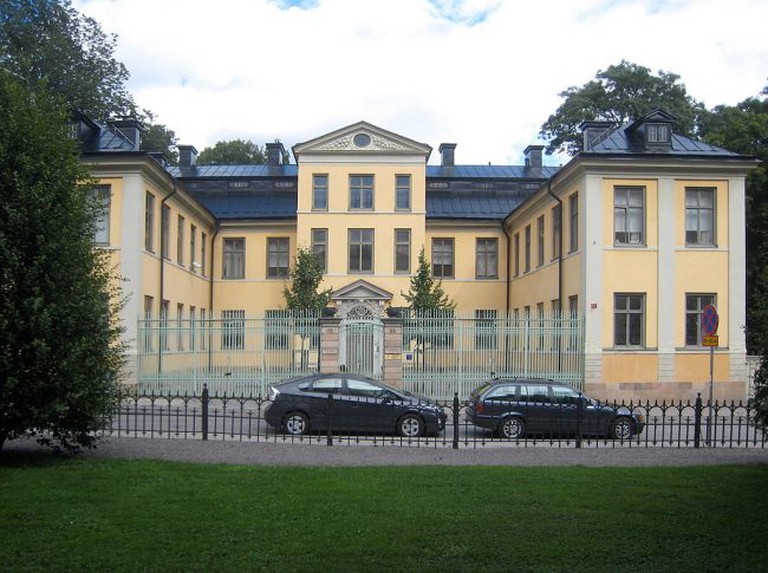 Drottningholms slott | © Kemitsv/Wikimedia Commons
Book Now
No less than Her Majesty Queen Silvia has reported seeing ghosts at Drottningholm Palace, the official residence of the Swedish King and Queen, Queen Silvia describes the ghosts as ‘All very friendly but you sometimes feel that you’re not completely alone’, says that having the ghosts is ‘really exciting’, and reports that she doesn’t get scared. The king’s sister, Princess Christina, backs Queen Silvia, saying that the palace has so much energy it would be strange if it didn’t take the form of guises. Since Drottningholm is open to the public, it may be time for visitors to do a bit of ghost hunting themselves.
Open In Google Maps
Drottningholm Drottningholm, Stockholms län, 178 93, Sweden
+4684026100
Visit Website
Give us feedback

Considered one of the most haunted hotels in the world, Toftaholm Herrgård, located on the edge of Lake Viköstern, is a legend among ghost hunters. The story is a simple one: a young man killed himself in one of the rooms after he was forbidden to marry the daughter of the landowner. The commoner had been carrying on a secret-love affair with the daughter of a rich baron. When the baron discovered the illicit love, he married his daughter off to an older man equal to the baron in wealth and stature; distraught, her true love hanged himself from the rafters of what is now Room 324. The 5-star hotel that occupies the former manor is magnificently appointed with antiques and fabulous views—but guests to this day have reported seeing a young man wandering through the hotel, windows shutting by unknown hands, and strange noises coming from around the time when the young man hanged himself. 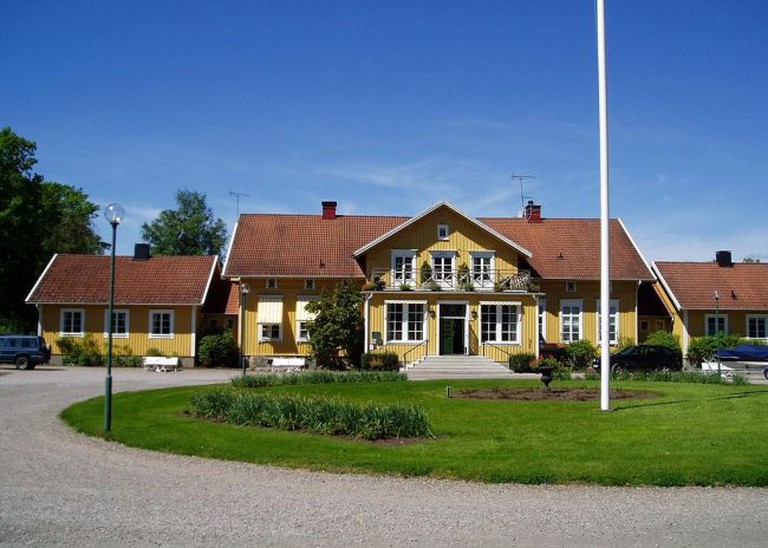