The Top Apps For Exploring Stockholm 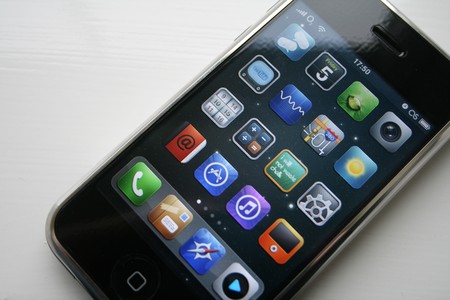 Stockholm is a city with a thriving startup and tech scene, so it makes sense that there are plenty of apps that will help you not just find your way around, but also guide you in discovering the coolest sites the city has to offer. Here are our top apps for exploring Stockholm.

Triposo doesn’t just offer maps, it offers mini-guides, day trip suggestions, restaurants, museums, and plenty of sights you’re going to want to check out when you’re in Stockholm. It’s a guide book in the palm of your hand, and while there is competition in this area, Triposo is one of the best full-coverage apps.

Available on iTunes and Google Play. 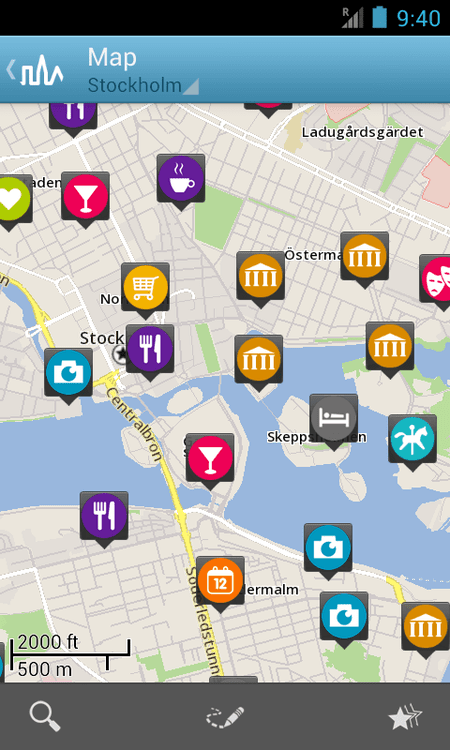 Stockholm – and Sweden – is notoriously expensive when it comes to eating out and while there are plenty of fast food joints around, the burgeoning food truck scene is another great option for cheap eats – and StreetKäk is the perfect app for hunting them down. With maps that tell you where a particular truck is located at any given time, as well as descriptions of the food, it’s the perfect app to find a quick bite to eat while you explore the city. 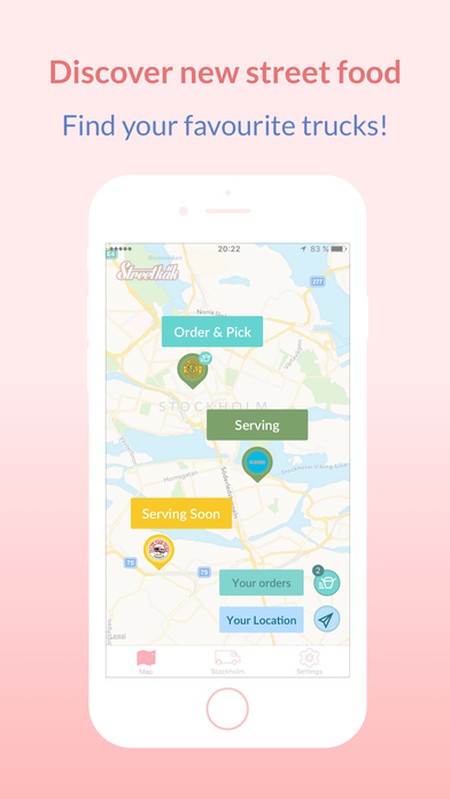 What’s a visit to Stockholm without taking in some of the royal offerings? Stockholm is steeped in history and royal history makes up a big part of that. The app Swedish Royal Palaces is from the Swedish Royal Court so you know your info is spot on and in-depth. Perfect for not just exploring but for also getting the background of a particular royal residence.

Available from Google Play and iTunes 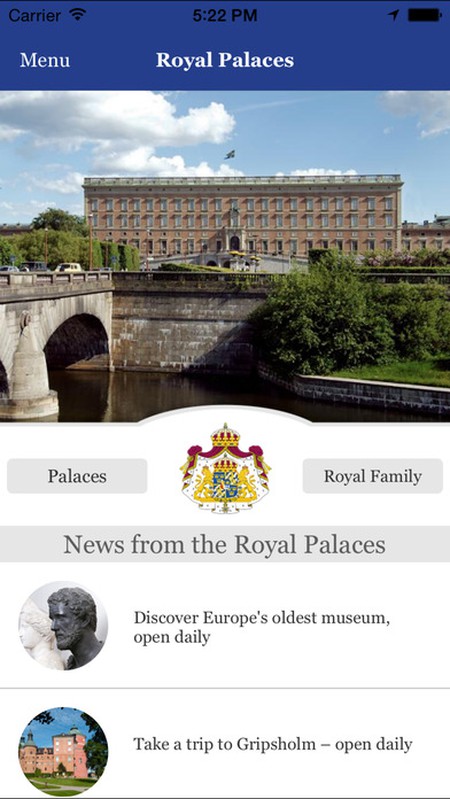 Available from GPS My City, Stockholm Map and Walks offers self-guided walking tours that include detailed tour route maps and navigation that takes you to one sight after another. Perfect for those who aren’t into tour buses and who like to take things at their own pace and do things in their own way.

Available on iTunes and Google Play 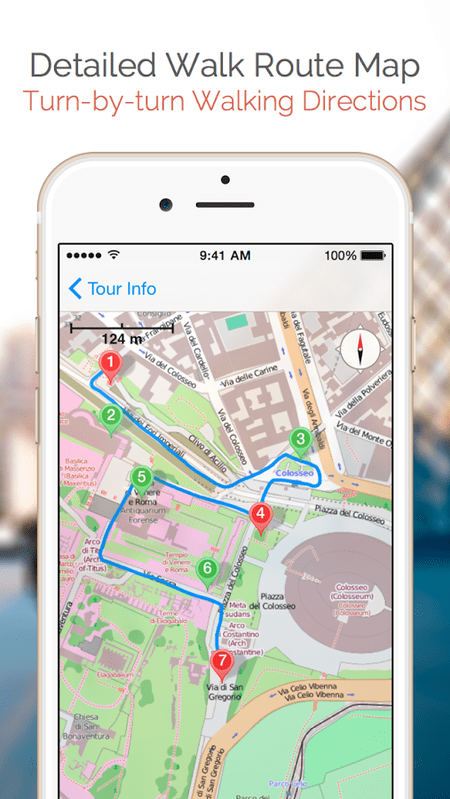 Self-guided tours of Stockholm / Photo courtesy of GPS My City

If your trip to Stockholm involves flying, this is the perfect app to keep you up-to-date on anything from your flight to duty free. Covering eight airports in Sweden, including Stockholm’s Arlanda and Bromma, Swedavia‘s app also allows you to book parking, your trip into the city, and also read local info about the city.

Available from Google Play and iTunes 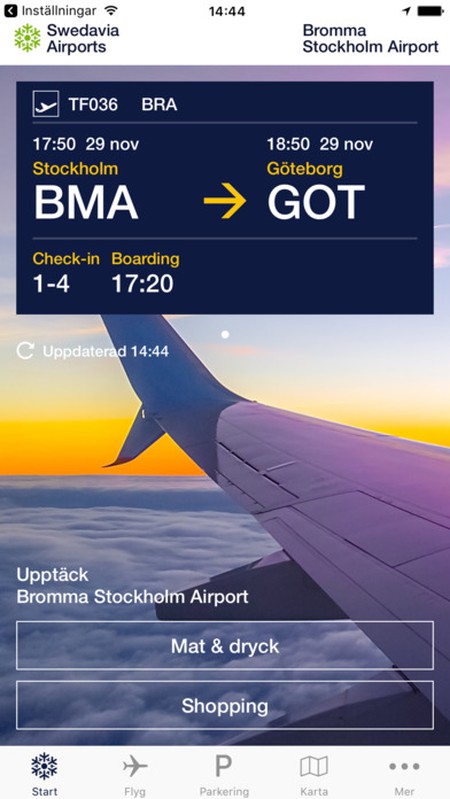 Stockholm’s public transport system enjoys a well-deserved reputation for being clean, efficient, and safe, so it’s the perfect way to get from one end of the city to the other with a minimum of hassle. SL is a simple app that allows to you search for the closest bus, tram, or subway, as well as giving timetables and maps so you can plan the most efficient route.

Available on iTunes and Google Play 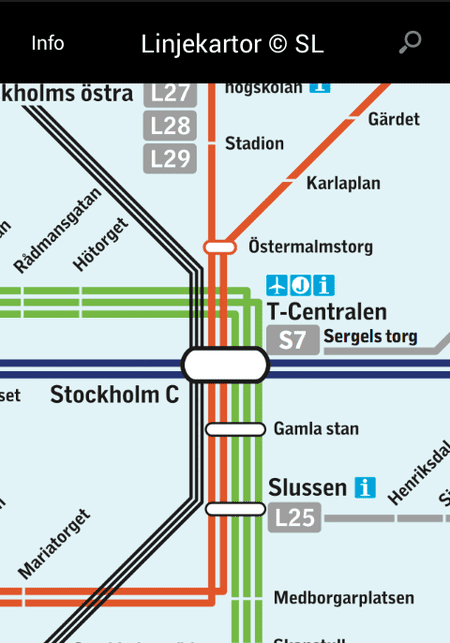 Use public transport with ease / Photo courtesy of SL

One of the big three taxis companies in Stockholm, Taxi Stockholm‘s app makes it simple to order a taxi in the moment or book one ahead, with prices clearly stated, as well as pick up time. You can also store your receipt and give feedback. The perfect app for a city that relies on taxis late at night. 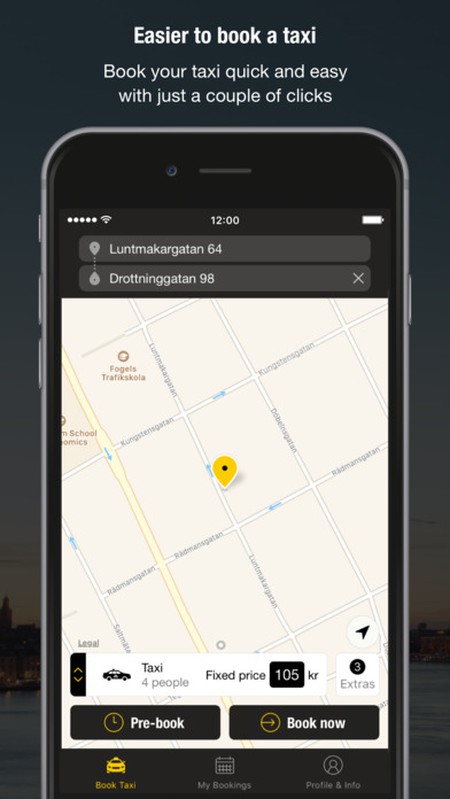