The Sporting Moments That Define Sweden 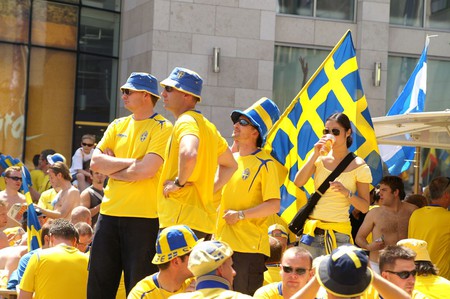 For a small country tucked away in Northern Europe Sweden packs one hell of a sporting punch. From top sportsmen and women to nail biting finals, Sweden’s history is full of exciting moments that help define its national sporting identity.

The art of sport

1912 Stockholm Summer Olympics are considered the first modern Olympic Games. Held at the specially built Stadion (stadium) in central Stockholm, the games were the last ones to include medals in art (yes, art) and it’s where American Jim Thorpe became a legend. Thorpe, a 24-year-old American Indian, won both the pentathlon and decathlon, with Sweden’s King Gustav V telling him, “You, sir, are the greatest athlete in the world”. A year later the “greatest athlete in the world” was stripped of his medals when it was learned he had briefly played semi-pro baseball. They were restored in 1982. The Games helped define Sweden as a modern sporting nation and it’s been a rare Olympics since that Sweden has not made its mark. 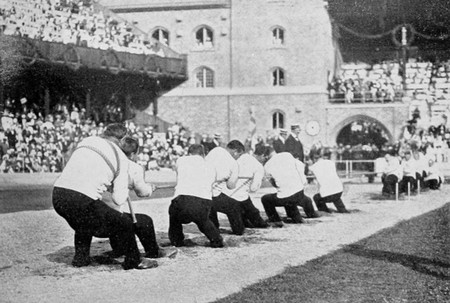 Long before he became an underwear mogul Björn Borg was a teenage tennis sensation who went on to become one of the greatest players the sport has ever known. Between 1974 and 1981 Borg won 11 Grand Slam singles titles, including five consecutive Wimbledon wins and six at the French Open. His stunning career not only sparked a tennis craze in Sweden but around the world, winning fans and inspiring a sharp rise in people playing both professionally and for fun and fitness. 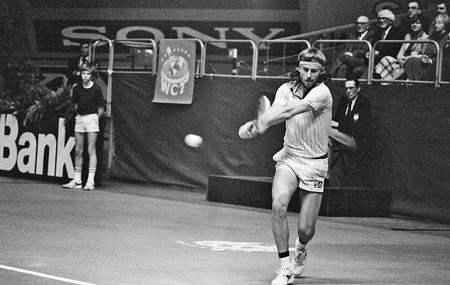 Born above the Arctic Circle in an area known for cross country skiing, Ingemar Stenmark was inexplicably drawn to a nearby hill, which he started skiing down at an early age. During his 15-year career Stenmark won a record 86 World Cup races, dominating both the slalom and giant slalom courses and winning titles in both events for seven consecutive years. His incredible technical skill earned him the name “The King of Slalom”. 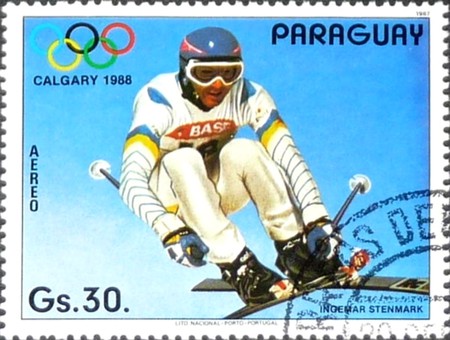 Considered by many to be the greatest golfer of all time (both male and female) Annika Sörenstam was singularly instrumental in the way women’s golf was played, viewed, and covered. Her 15-year career featured 89 worldwide victories and a record eight Rolex Player of the Year Awards. She has won so many awards and set so many records that it’s nearly impossible to list them all, but we can say that she raised the bar beyond all expectations and inspired generations of women to take up the sport. 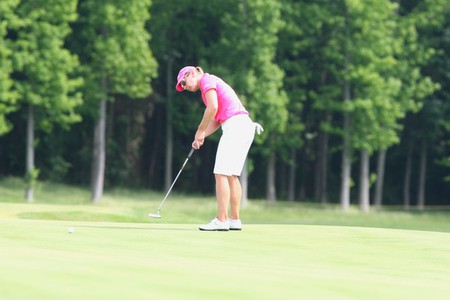 There are reasons every school in Sweden has at least one ping pong table available for free play and one big reason is Jan-Ove Waldner, the so-called “Mozart of Table Tennis”. Many people consider table tennis to be a sport played in the family room at home, or maybe for fun in a park or recreation centre. Then there are those who know that this sport can be played at a level that defies description. Waldner is consider the greatest table tennis player of all time and is a legend in both Sweden and China, where they call him “Evergreen Tree”. His career began in 1982 and he played his last professional match in 2016 – and in those years he won so many medals and awards it’s almost impossible to count them. 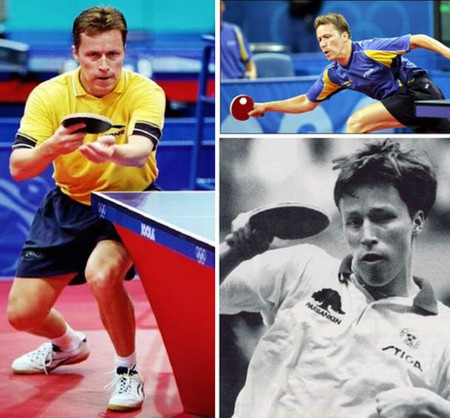 The Hammer of Thor

At a time when Sweden was still one of five countries that banned professional boxing Ingemar Johansson, the so-called “Hammer of Thor”, beat American boxing legend Floyd Pattersson to win the World Heavyweight title – and inspired several generations of Swedes to take up the sport. That win remains one of the most stunning in boxing history and while his ensuing fights against Pattersson were unsuccessful, his overall career was very successful. Johansson was also the precursor to Muhammad Ali, using his good looks, quick wit, and charm to raise himself out of the boxing arena and onto the world stage. 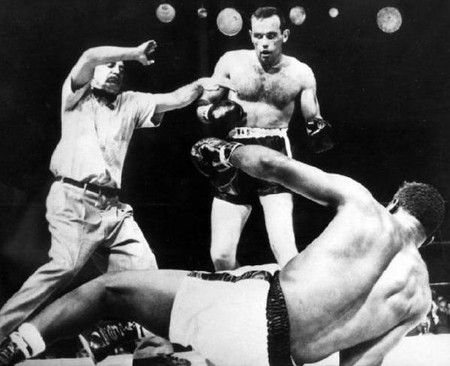 The cult of bandy

For a long time hardly anyone outside of Scandinavia and Russia had ever heard of – never mind played – bandy, but it’s one of the biggest sports in Sweden and after many, many years of global obscurity it’s finally having its moment, with talks that it might become an Olympic sport. Bandy, which has its origins in the Middle Ages, is basically field hockey on ice and many say it’s a tougher game than ice hockey because the slippery small ball used is much harder to handle than a heavy puck. Often played outside, it’s where many kids first get their start in winter team sports, and the Elite Series is not just well attended but watched closely on television by sports fans across the country. 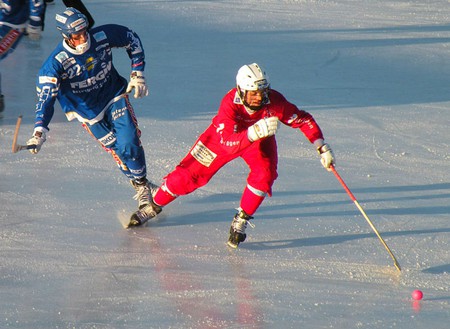 The tennis match that never seemed to end

When Sweden met France at the 1996 Davis Cup final in Malmö few would have thought it would go on to become the most astonishing finale in the 107 year history of the competition. It was Swedish tennis legend Stefan Edberg’s final outing before retiring and the French coach was none other than Edberg’s good friend and long-time rival Yannick Noah. Sweden was heavily favoured to win but on the final day of competition the final match lasted a record four hours, 47 minutes, with France finally winning three – two. The Swedes gracefully conceded and the French team honoured Edberg by carrying him around the arena on their shoulders as the packed hall cheered endlessly. 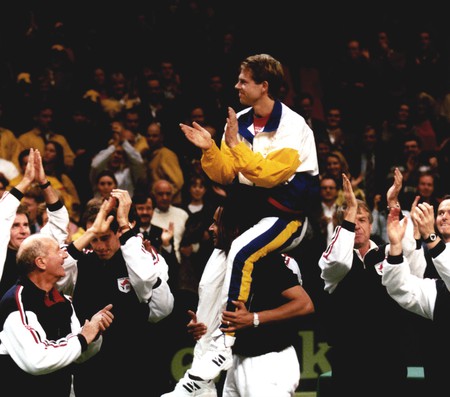 He’s become such a legend that he’s known by just his first name. While Sweden has had its fair share of top football players Zlatan Ibrahimovic has raised the bar and his phenomenal career and devotion to Sweden has put a stop to many people’s awkward thoughts about immigrants. That he is charming, intelligent, kind, and great with kids has only cemented his legend, and rare is the young footy fan in Sweden who can’t spill out an encyclopaedic knowledge of Zlatan stats. He is, simply, the greatest player Sweden has ever produced and as such he is revered and has raised the game even further. 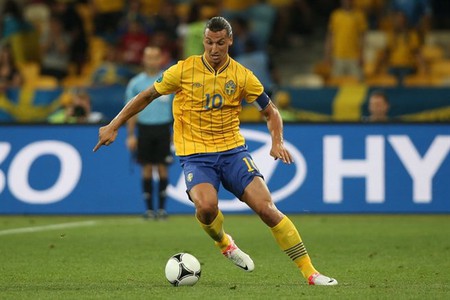 Nothing more to say than ZLATAN! / Photo courtesy of Wikipedia Commons

Sweden’s Ice Hockey team had one heck of a time at the 2003 World Ice Hockey Championships. First, they won over rivals Finland in the most dramatic quarterfinal in the history of the Championships. Sweden was down 5–1 seven minutes into the middle period but then a substitution saw Sweden make goal after goal after goal… after goal, equalling the score with just five minutes left in the final period. Then a last minute goal gave Sweden the 6-5 win, stunning hosts Finland. If that wasn’t enough the semi-final between Canada and Sweden was another corker. Sweden took a 2-0 lead early on but managed to tie up the score and go into overtime. One IIHF called the match so exciting he forgot to breath for the last fifteen minutes.