The Most Iconic Filmmakers From Sweden You Should Know 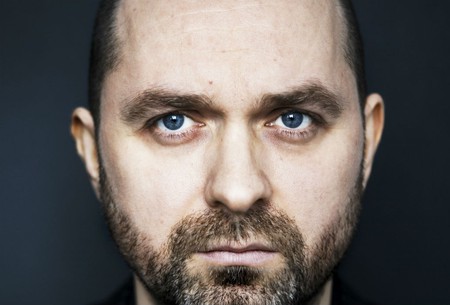 Some of the most iconic filmmakers in the world hail from Sweden. And, while you’ve probably only heard of a few on this list – hello Ingmar Bergman! – there are undoubtedly quite a few more that should be on your film-loving radar. Even in the earliest days of film, Swedes were making their mark and there are plenty of Swedish filmmakers for you to discover. Here we go.

Like most other places, not a lot of women make it into the director’s chair in Sweden, despite the country’s long history of equality. Mai began her career as an actress at the age of 17 and, while she continued to act throughout her life, appearing in both international and Swedish films (including Bergman’s Torment), she went behind the camera in the early ’60s, beginning with political documentaries and short films, including The War Game – which was nominated for a BAFTA award and won a Silver Lion at the Venice Film Festival. Her first film was banned at Cannes due to sexual explicitness and, as she continued to expand her oeuvre, she became known for exploring feminist themes. Oddly, critics liked to say that Zetterling ‘directed like a man’. 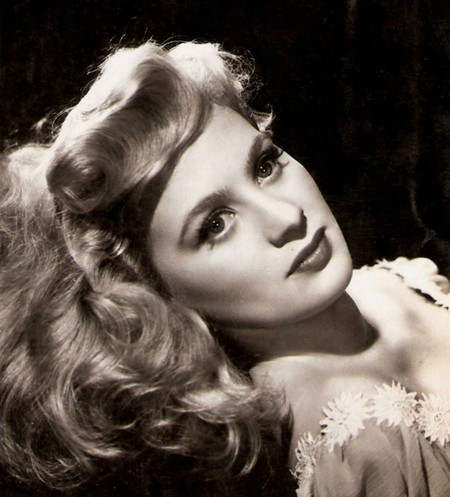 Mai Zetterling had both glamour and talent | Sydney Box production/WikiCommons

Another director who began his career as an actor at the age of 17, Sjöström was Sweden’s most well-known director during the Golden Age of Silent Film. He was so good, in fact, that none other than Louis B. Mayer beckoned from Hollywood, and put him to work at MGM, where he directed luminaries such as Greta Garbo, Lillian Gish, Lon Chaney, and Norma Shearer. An innovator when it came to on-location filming, particularly in rural settings, he was also a pioneer of continuity editing. Like many others, he didn’t find his place in the world of talkies and eventually moved back to Sweden, where he directed several more films before returning to acting, including starring in Ingmar Bergman’s Wild Strawberries. 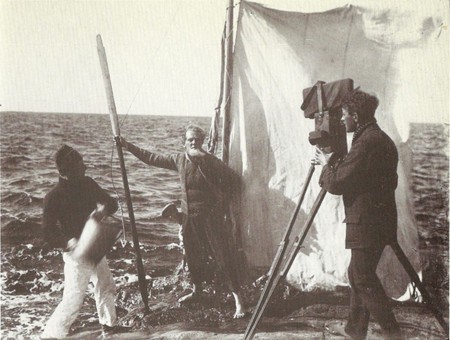 This Finnish-Swedish director died a relatively early death (he was only 45) but certainly made his mark while on earth. Probably best known for discovering Greta Garbo and bringing her to America (and giving Greta Gustafsson her screen name) Stiller was already a pioneer in the Swedish film industry, first writing scripts and acting, but quickly moving into directing. He directed more than 35 films, including the acclaimed Thomas Graals Bästa Barn (Thomas Graal’s Best Child), before Hollywood called. Once there, things didn’t go well – he continually clashed with movie executives – though he did direct Garbo in The Temptress and several other successful films. He eventually decided to return to Sweden, where he died a short time later. He is honoured with a star on the Hollywood Walk of Fame. 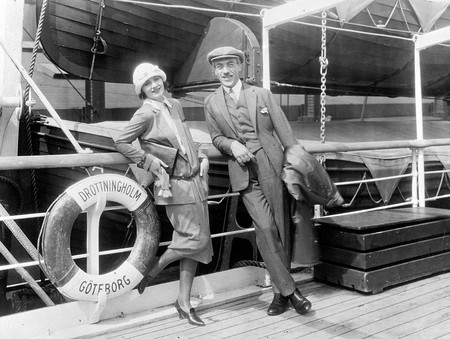 Garbo and Stiller on their way to America, 1925 | National Photo Company/WikiCommons

One of Sweden’s most internationally recognised directors in the mid-20th century, Sven Erik Alf Sjöberg’s heart was really in theatre, so it’s somewhat surprising how many accolades he received for his film work. He won the Grand Prix du Festival at Cannes twice – once in 1946 for Torment (Hets) and again in 1951 for Miss Julie (Föken Julie), an adaption of Strindberg’s play of the same name. Sjöberg’s love for the theatre and his work at Sweden’s Royal Dramatic Theatre is considered to be the best ever staged, even outweighing the legendary Ingmar Bergman. He also pioneered television drama for Swedish television station SVT. 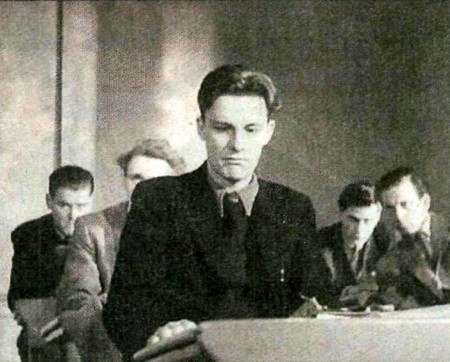 Part of Sweden’s legendary Ekman acting family (like the Redgraves or Barrymores), Ekman’s career as a director was sandwiched between the period just after Stiller and Sjöström and just before Ingmar Bergman’s shadow began to grow. Orson Welles was said to be one of Ekman’s greatest influences and his film Girl and Hyacinths (Flicka och hyacinter) was his most successful film. He also worked as an actor, appearing in both his own films as well as several early Bergman efforts. He also appeared in the original (Swedish) version of Intermezzo, with Ingrid Bergman and his own father, Gösta Ekman. 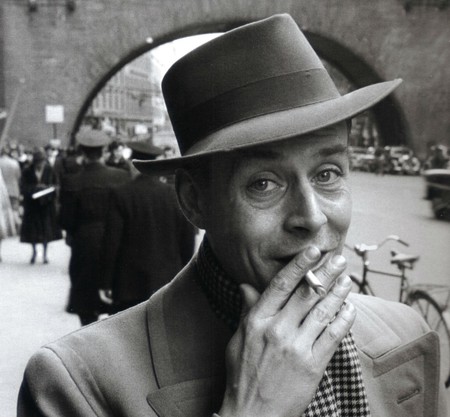 Ingmar Bergman’s name is synonymous with filmmaking and his work remains the golden standard for many directors, both aspiring and established. Films such as The Seventh Seal (Sjunde Inseglet), Cries and Whispers (Viskningar och rop), and Wild Strawberries (Smultronstället) are among his greatest works. He is perhaps best known, though, for Fanny and Alexander, which was his third win for the Best Foreign Film Oscar award. In total, he was nominated for 12 Oscars, variously in the Best Foreign Film, Best Original Screenplay, Best Picture, and Best Director categories. Numerous other awards were showered on Bergman during his career, which continued in film, theatre, and television until his death in 2007. 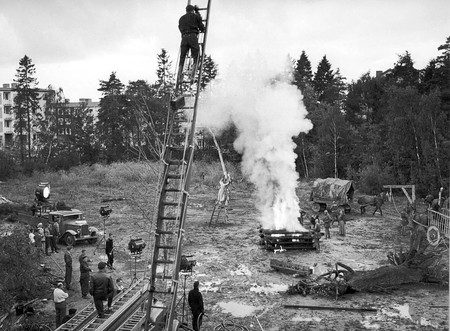 Fares moved to Sweden with his family when he was ten to escape the war in Lebanon, and it’s his immigrant background that informed much of his early work. While his first film, the acclaimed Jalla Jalla was a comedy (starring his brother Fares Fares, along with Torkel Petersson) it addressed love between a native Swede and an immigrant. It was a huge hit, as was his second film, the hilarious comedy Kopps, which has gained a cult following outside Sweden. Next was Zozo, a more serious film based on his own experiences as an immigrant escaping a war zone, arriving in Sweden not knowing the language and feeling like an ‘other’. Farson (Father) was a love letter to his own father, a non-actor who has appeared in a number of Fares’ films – and who starred in this light bit of fluff – and who is much loved in Sweden. Once named by industry bible Variety as one of ten directors to watch, these days Fares has successfully turned to video games, stating that there are many ways to tell a story. While he doen’s rule out a return to traditional filmmaking, this is his chosen way right now. 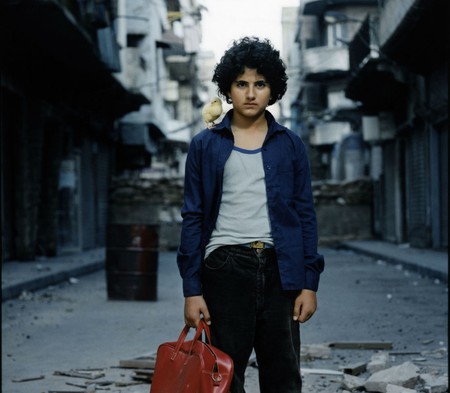 A writer, poet, and filmmaker, Moodysson has been ranked among the world’s great living directors; and it’s not surprising when you look at some of his work. His big break came with the award-winning Fucking Åmål (Show Me Love), which tells the tender yet awkward story of two teenage girls who fall in love in a small, sleepy town and the drama that ensues. Several more lighthearted films followed, then came Lilya 4-ever, a brutal film about sex trafficking, life’s burdens, and the loss of hope. The film brought Moodysson much international acclaim, with some hailing him as the new Bergman. More films dealing with uncomfortable subjects followed, with some making critics scratch their heads wondering what happened to this wonderful director’s work. He was, however, back on form with Mammoth and several other films not long after.

Chocolat, What’s Eating Gilbert Grape, The Cider House Rules – you’ve probably heard of at least one or two of those films. While they’re among Hallström’s best known work, it was SVT, ABBA, and a little Swedish novel that gave him his start. Wallström directed nearly all of ABBA’s promotional videos, as well as ABBA: The Movie. While he experienced success with his early films, it was when he directed the film version of the beloved Swedish novel Mitt liv som hund (My Life as a Dog) that his career exploded. The poignant, sweet yet unsentimental coming-of-age film earned him an incredible amount of international attention, including the Best Foreign Film Golden Globe and New York Film Critics Circle Award, as well as Oscar nominations for Best Director and Best Adapted Screenplay. What’s Eating Gilbert Grape followed, as well as a number of other acclaimed films. Wallström continues to work until this day. 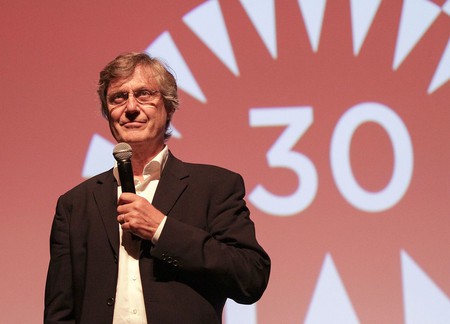 Best known for his long-time collaboration with Tage Danielsson, this actor, writer, comedian and director has, with Danielsson, contributed greatly to Swedish comedy. His style has been largely informed by Monty Python, something noticeable in his award-winning films Egg! Egg! A Hardboiled Story (Ägget är löst!), The Simple-Minded Murderer (Den enfaldige mördaren), and False as Water (Falsk som vatten), which won him the Swedish equivalent of a Best Director Oscar. 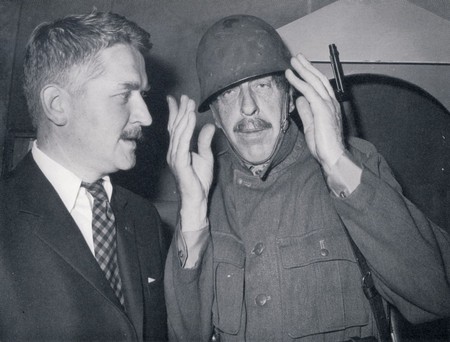 This former-school teacher turned-award-winning director has been ranked up there with Bergman. Troell not only writes and directs his own films, he also serves as Director of Photography, and his work has spanned everything from lighthearted to controversial. His interpretation of the seminal The Emigrants series – which, through the tale of Oskar and Kristina and their friends and family, tells the story of how 1.5 million Swedes emigrated to America in less than 100 years – is considered by some to be his signature work and was nominated for several Academy Awards. After a few unsuccessful years in Hollywood, Troell returned to Sweden and released Il Capitano: A Swedish Requiem (Il Capitano), a controversial look at a real murder that eventually came to be recognised as a classic. Now in his 80s, Troell continues to regularly put out new work, including narratives and documentaries. 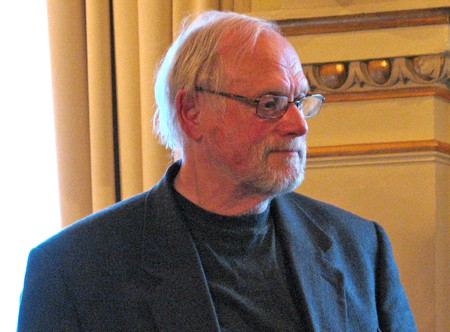 Hailed for his sharply political outlook, something he brought to his films, Widerberg rejected the school of Bergman, instead developing a unique style that would earn him a slew of awards both in Sweden and abroad. Joe Hill, along with The Serpent’s Way and Heja Roland! are among his best works, although, like Bergman, there are too many to name. His impact on contemporary Swedish film has been profound, giving filmmaking voices the platform needed to be progressive and daring, and promoted the idea that film should address society and all its ills. 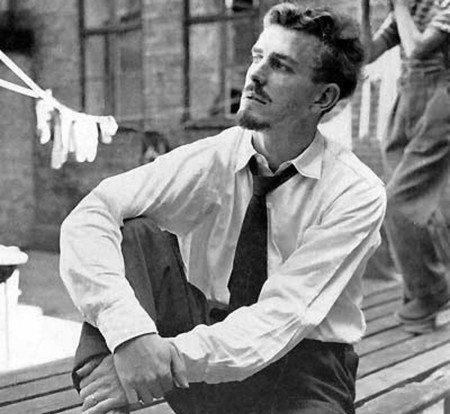 Widerberg, one of Sweden’s most original directors | WikiCommons

Sometimes called the slapstick Ingmar Bergman and absolutely one of Europe’s most important living directors, Roy Andersson has never had much time for navel gazing. Instead, his bag is absurdist comedy, poking fun at Swedes and Swedish culture in a way that is both harsh and loving. He only directed six full-length feature films (making his living through commercials and advertising) but four of them were officially submitted for the Best Foreign Language Film Oscar, which is a feat in itself. One to look out for in particular is A Swedish Love Story, which will make you rethink those romantic views you have of Swedes. 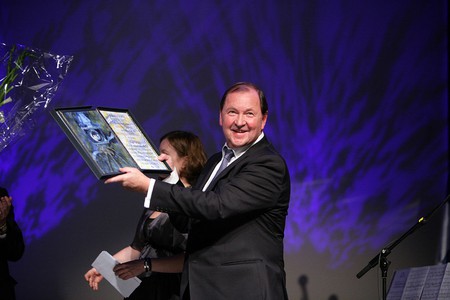 Andersson, picking up yet another award | © Magnus Fröderberg/WikiCommons
Give us feedback