The Greatest Pop Songs That Will Help You Learn Swedish 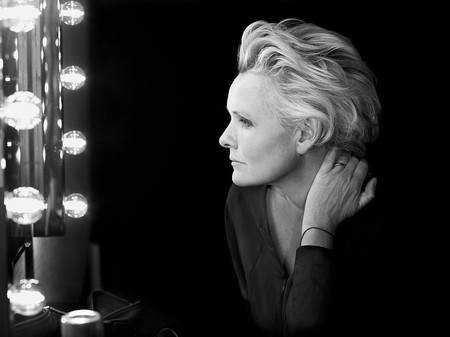 Swedish isn’t the easiest language in the world to learn but with the help of some of the country’s greatest pop songs like the ones below, there is certainly the opportunity to pick up a few phrases. Learning these songs can also help prepare people for a legendary Swedish sing-along that has been known to break out during major celebrations like at midsummer and at crayfish parties.

bob hund (meaning ‘bob dog’ in Swedish) is a band and not a person. For more than twenty years, it’s been one of Sweden’s favourite indie bands, even during a low-profile period during the noughties. Hard to pin down style-wise, ‘Tinnitus i hjärtet’—‘Tinnitus in the heart’—is one of the band’s best, and the simple delivery makes it easy to follow along with the words of this song. All about just how confusing love can be, it is something we can all relate to.

From the film Örnungar, ‘Gå upp och pröva dina vingar’ means ‘Go up and try your wings’, which is meant literally and metaphorically. Dahlqvist was one of Sweden’s most successful and beloved singers, composers, and actors. This song was used in a film about flying, of course, but it’s also about spending your wings in life and flying—and it’s a good one to learn because once Swedes have had a few and start singing old classics, it’s rare that this one doesn’t make an appearance.

When Ulf Lundell hit the scene in the 1970s, he was immediately hailed as the Swedish Bob Dylan. This writer, poet, songwriter, composer, musician, and artist has been a force on the music scene ever since. ‘Oppna Landskap’ (‘Open Landscapes’) perfectly exemplifies Swede’s passionate relationship with nature and is one of his most well-known and popular songs (it’s even been suggested as a new national song). The opening lines ‘Jag trivs bäst i öppna landskap,nära havet vill jag bo, några månader om året, så att själen kan få ro’ (‘I like it best in the open countryside/close by the sea is where I want to live a few months a year so that the soul can get calm’) capture exactly how Swedes feel about getting back to nature regularly and how it helps them find their equilibrium.

‘Dom Andra’ (‘The Others’) is about the search for love as well as love betrayed. It opens with ‘A lonely woman is looking for a man’ before moving quickly to ‘One wonders who betrayed who first’ in the second stanza. Love is universal, so the song will start to make perfect sense after getting the hang of it—and maybe even help navigate Sweden’s notoriously complicated love landscape. Kent retired in 2016 after being one of Sweden’s most popular bands for more than a quarter century and winning numerous Swedish Grammy Awards.

‘Logiskt’ (‘Logical’) is about, well logic and illogical people. Petter, one of Sweden’s most well-known rappers paired up with songstress Annika Norlin, who performs under the name Säkert!, for this song that Petter penned during a period of introspection. The song is about alcohol problems, drugs, doubts, and all those things that sometimes get into your soul. The opening lines, ‘It’s so logical to everybody but you/You do not have a clue/You do not have a clue’ are self-damning and somewhat unusual for a Swedish performer—but then, Petter is known for following his own star, irrelevant of what the rest of the scene is doing.

There are a number of songs ABBA recorded in Swedish. This is just one example of an ABBA song many probably know the words to in English and can now start figuring them out in Swedish. ‘Waterloo’, ‘Fernando’, ‘Ring Ring’, and ‘Honey’ are others. A quick search on YouTube should turn up more results, and it might be the perfect place to start singing in Swedish.

‘All vill till himlen men ingen vill dö’ (‘Everyone wants to go to heaven but no one wants to die’) is the opening line of the chorus. The song is about taking but never giving, about wanting to make money without doing the hard work, or wanting love without returning it. The song comes from the album of the same name; Timbuktu’s fourth studio effort, it was one of his most popular releases.

Just D is irreverent—really irreverent—and always seems to be having enormous fun with its music. However, ‘Relalalaxa’ (which is a bastardised version of ‘relax’) opens with a call to calm down (‘Ta och lugna ner dig…Ta och lugna ner dig…’) before encouraging the listener to press pause, forget urgency, and just chill out. It’s easy to sing/rap along to because it’s fun, so give it a go and let Swedes help with the translating.

‘Angeln i rummet’ (The angel in the room) is not an ode to spirituality but rather a love ballad. The lyrics ‘Det bor en ängel i mitt rum, hon har sitt bo ovanför mitt huvud, hon gör mej lugn, och hon viskar till mej, allt det jag säger dej’ (‘There is an angel living in my room/She is living above my head/She makes me calm/And she whispers to me/All I tell you’) are about strong feelings for one’s lover. It’s Dahlgren’s highest charting song and one that many Swedes know and love.

One of the funniest kid’s songs around, ‘Köttbullar i näsan’ literally means ‘Meatballs in the nose’ (alternative title is ‘Du for int stop köttbullar in nasan, Marcus’ or ‘You can’t put meatballs in your nose, Marcus’) and is known as ‘The Meatball Song’. While it may be a children’s song, it’s a pop classic in Sweden. With a few exceptions, this song is a repetition of the title—you can’t put meatballs in your nose, Marcus!—along with an explanation that the song was written for the author’s mother, who came from Germany and repeated this line to him often. Those who can get the hang of the key line will be off and running and almost feel like they can speak Swedish.