The Folklore and Real Locations of 'Midsommar' 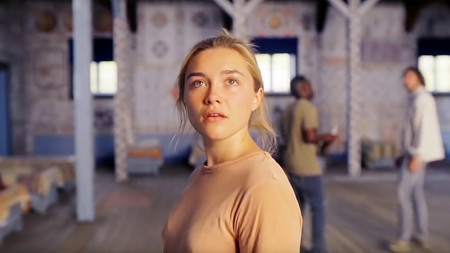 Unsettling horror movie Midsommar has been enthralling audiences since it was released. The story leans heavily on Swedish folklore and is set in the remote village of Hårga, but how much of the cult hit is real?

Ari Aster’s follow-up to the wildly successful Hereditary (2018) keeps the focus on terror of a psychological kind, but shifts location from rural America to a seemingly peaceful Swedish commune. The film paints a vivid picture of life under the perpetual sunlight of a Swedish summer, with Midsummer’s Day being the most anticipated holiday of the year in Sweden, but the movie was actually shot in an entirely different European country. 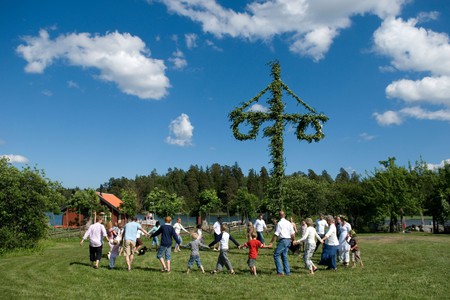 While the film is set almost entirely in Sweden, with a brief opening sequence in America, the actual locations used in the making of Midsommar are found on the outskirts of Budapest. Hungary’s capital is popular with filmmakers from around the world, and filming took place in the summer and autumn of 2018.

Director Ari Aster has said in interviews that he shot in Hungary because of financial constraints, but created a universe inspired by Swedish myths, customs and folklore. The village of Hårga is an entirely fictional creation, although there is a similarly named town in central Sweden. 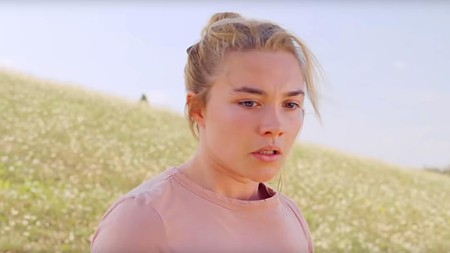 To capture the essence of a Swedish midsummer (the native spelling of Midsommar is used for the movie) Aster worked closely with Stockholm-based production designer Henrik Svensson. The pair travelled to the rural region of Hälsingland to conduct extensive research for the project. The hälsingegårdar (farms) of the area were a big inspiration for the look and design of the movie.

Hälsingland is steeped in history, with museums showcasing violent paintings of ancient rituals from centuries ago. The film uses these paintings in a creative way, weaving them into the narrative to tell the story of the movie as it heads to its shocking climax. 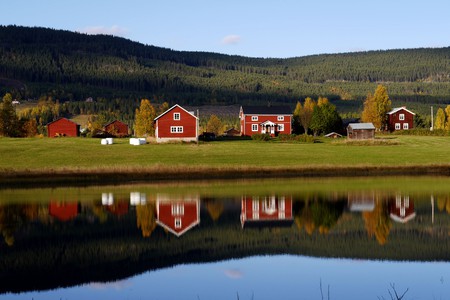 Aster wanted to create a film around a breakup, echoing what he was experiencing in his personal life. The idea for a Swedish folk horror came from a production company, which approached the director soon after his debut movie Hereditary was released.

Midsummer is celebrated in different ways in many parts of the world. The movie borrows elements from German and British traditions, but is predominantly focussed on the Swedish experience.

Either by chance, or more likely by design, the setting of Hårga is an apt one. The word ‘Hårga’ can be traced back to a fairy tale about villagers dancing themselves to death when the devil comes calling. 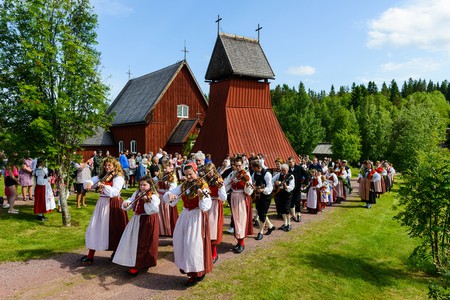 Midsummer is celebrated in many parts of the world, but is especially popular in Sweden | © Utterström Photography / Alamy Stock Photo

The inspiration behind ‘Midsommar’

As with Hereditary, Aster uses runes and symbols to foreshadow events that occur later in the movie. These visual cues come from real symbols from history, such as the paintings found in Hälsingland. Another inspiration is the May Queen competition (Hälsingehambon), which we see in the film when Florence Pugh’s grieving character Dani takes part in a dance to crown a new queen.

The casting choices for the movie are also very deliberate. Alongside Pugh, Jack Reynor and Will Poulter portray Americans who are invited to the village by a Swedish friend. The fourth member of the adventurous quartet is Josh, played by black actor William Jackson Harper. Josh’s initial uneasiness at being the only non-white person in the village is alleviated by the arrival of two other non-white guests, but the feeling of alienation continues throughout the film. 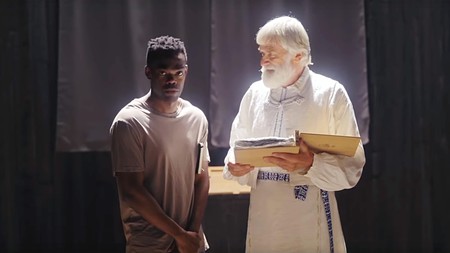 Some of the more extreme sacrificial rituals seen in Midsommar are an amalgamation of folk tales, myths and documented customs. The Ättestupa tradition as depicted in the film is a way for the elderly to unburden the community from the need to care for them, and to continue the ‘circle of life’. Some academics suggest that this sacrifice occurred centuries ago.

The overriding feeling, coming out of Midsommar, is that the movie is a twisted version of the stereotypes we have all built up about Scandinavia. The flower-gathering and dancing games are all very real in Sweden (and most of Europe as well) in summer, but are taken to brutal, fictional extremes in the film. This is true of the rest of the plot, too, but despite all the horror and violence, the film is only likely to strengthen the resolve of people wanting to visit the real Sweden. 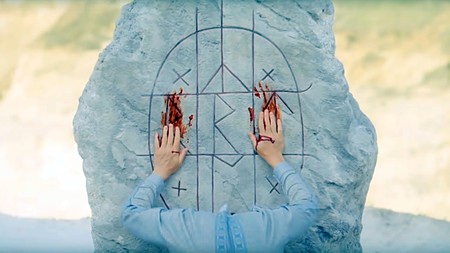