The Farm That Helped Birth the Genius of Alfred Nobel 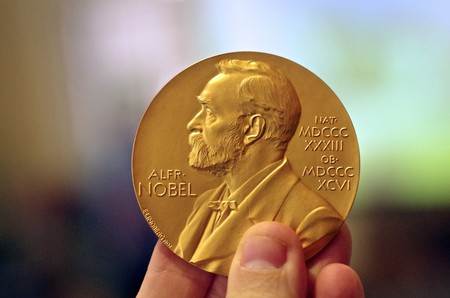 The Nobel Prize is one of the most prestigious and internationally recognised awards. For scientists, writers, economists and peacemakers, it is arguably the highest honour you can receive and proves that you are among the greatest minds in your field. It also gives you the opportunity to attend the Nobel Banquet – one of the most glamorous and exciting nights on the Swedish social calendar. Guests include the Swedish Royal Family as well as members of the Swedish Academy who select the winners of the prize.

Stockholm loves to play up its links to the award. In Gamla Stan – the heart of Stockholm’s Old Town – the Swedish Academy’s main building is now used as a superb museum full of interesting information that makes the accolade so special and important. There have been a number of winners from Sweden who remain some of most celebrated figures in the country’s culture. Selma Lagerlof was the first female winner of the literature prize and remains one of Sweden’s most beloved writers, Dag Hammarskjold (the second secretary general of the UN) is still seen as a towering influence among Swedish diplomats and the nation’s most recent winner, Tomas Lindahl, is internationally known for his work on DNA. Indeed, the Nobel Prize is something that almost everyone across the globe has heard of.

Less known is the story of the man behind the prize, Alfred Nobel. It is not unusual for people to have heard of him (or, perhaps, to have read something about him), but his fame pales in comparison to the award he gave his name to. His life, however, was surprisingly interesting. There is a fascinating place just outside of the centre of Stockholm that illustrates just how eventful the life and times of Alfred Nobel were, as well as the striking contradiction between his work and the awards he gave to the world. 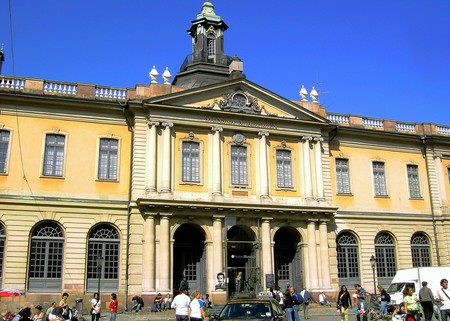 Nobel was born into a family of engineers who encouraged him to explore science and technology. Creating things fascinated him – whether it was building a structure, creating a chemical reaction or inventing a new piece of technology. He made his living by becoming an inventor and he was highly prolific. By creating over 355 patented products, he made a fortune. What he became best most known for, though, was creating new weapons and propellants.

Arguably his most famous invention was dynamite, a powerful explosive made from nitroglycerin, sorbents and stabilizers which proved to be a much safer alternative to gunpowder (widely used before Nobel brought us his famous invention in 1867).

However, before developing dynamite, Nobel was having trouble creating a more stable form of nitroglycerin. He could see the potential in manufacturing and selling nitroglycerin to work as an explosive. For this, he not only needed a place to manufacture it, but also somewhere to experiment in order to come up with something more efficient and safer.

For this reason, Nobel decided to invest the money he had already made into a small farm just outside Stockholm where he could build a factory and test his new inventions. In 1865, he purchased the land in Vinterviken, a beautiful bay in Lake Malaren, and began building factories and manufacturing nitroglycerin based products. After a series of accidents that caused the tragic death of some of his own workers, Nobel realised he needed to do something as nitroglycerin was just too volatile – in fact, even his own brother met his end this way . After further experimentation, he discovered that mixing diatomaceous earth with nitroglycerin made a far more stable compound. He tested to see if the new compound could be used for explosives and when he found it could, he realised he had created something special: dynamite! 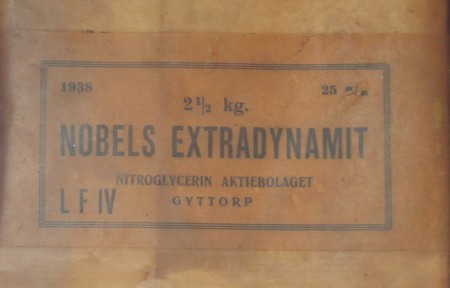 The farm at Vinterviken now houses a restaurant as well as some of the original factory buildings. One of the most exciting areas of the site is the blasting bunker where Nobel tested his different chemical compounds. Stepping into the place where dynamite was created is somewhat awe inspiring. This is, after all, the ground where Nobel’s genius first erupted. Furthermore, it is in a beautiful part of Stockholm and is worth visiting just for the surroundings.

And this is the strange contradiction behind the man whose work caused death and destruction but whose legacy aims to inspire the world and promote peace. The name of a man who invented dynamite as the name of the world’s most prestigious peace prize seems oddly jarring. Blasting bunkers and peace prizes are, indeed, strange bedfellows.

It was a newspaper report which spurred Nobel to change his ways. He was forced to read his own obituary after a paper mistook his brother’s death for his own, entitled The Merchant of Death is Dead. This apparently shook him to the core. Right then, he decided that his will needed to be amended and he put 94% of his fortune towards rewarding those whose work leads to the ‘greatest benefit on mankind’. The areas identified were chemistry, physics, biology, economics, literature and peace – and thus the famous prizes were born. 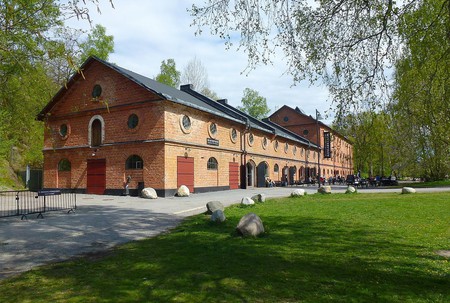 The exterior of one of Nobel’s old factories at Vinterviken | © Holger.Ellgaard/Wikicommons

Nobel’s life was full of excitement, contradiction and confusion and his work has left an impregnable mark on the world. Visiting his farm in Vinterviken makes you feel like a part of the history of one of Sweden’s most influential people. It is a 15-minute walk from the Aspudden metro station (which is less than 15 minutes from the Central Station). For anyone with even a passing interest in the Nobel Prize, or anyone who just wants a really different and interesting day out, it is well worth a visit.