The Best Swimming Pools in Stockholm

Swimming in Stockholm | ©Familjen Helsingborg/Flickr
Swedes love to swim and they do so often that there’s always a debate about which is the best swimming pool in Stockholm. During the warmer weather people take advantage of living in a city surrounded by water but during the other half of the year it’s off to the swimming bath. If you’re looking to take a dip while in the city here are our top recommendations.

Eriksdalsbadet is Sweden’s National Swimming Hall so don’t be surprised if you run into an Olympic gold medalist or world champion deep in their training. Located on Södermalm, it has three outdoor pools and five indoor ones. You can train in an Olympic sized one, enjoy the adventure bath, slip from indoors to out through a small swimming tunnel, practise your diving skills or just splash about and play with a ball. 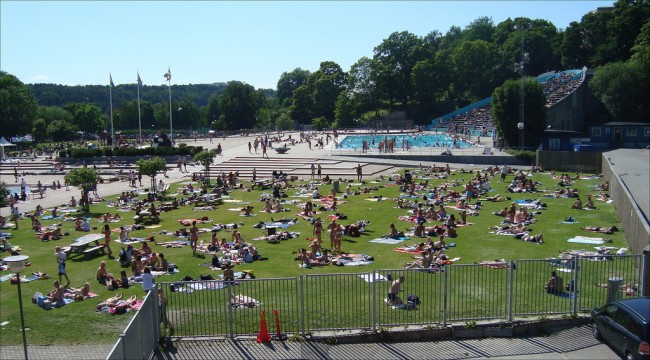 Spa, Swimming Pool, Health Spa
Centralbadet | Courtesy of Centralbadet
Located in the heart of the city, Centralbadet is a gorgeous art nouveau building from the early 1900s and the swimming pool room is an oasis of calm and tranquility. There are also therapeutic baths, along with the obligatory Swedish sauna, which is an absolute must — and remember, Swedes get naked in the sauna so don’t be shy.
More Info
Open In Google Maps
88 Drottninggatan, Norrmalm Stockholm, Stockholms län, 111 36, Sweden
+46854521300
Visit website

Spa, Health Spa, Fitness Studio
Turkish bath at Sturebadet | Courtesy of Sturebadet
Dating back to the 1800s, this is one of Stockholm’s most glamorous and luxurious swimming pools and spas. In addition to the regular pool there is the legendary Turkish bath, where you can soothe your aches and pains away in style. There are also numerous spa treatments offered in small rooms that line the walls of the pool, so book in a massage or facial for after your swim.
More Info
Open In Google Maps
36 Sturegallerian, Östermalm Stockholm, Stockholms län, 114 46, Sweden
+46854501500
Visit website

While it’s a bit off the beaten track, Fyrishov in Uppsala (about 40 minutes from Stockholm) is well worth the trip. With a massive adventure pool, corkscrews slides, racing slides, a pirate island and a mysterious cave, fun is the name of the game here. There’s also an Olympic-sized pool with a diving area, a kiddie pool, and the chance to run through the snow to the outdoor pool in the dead of winter. 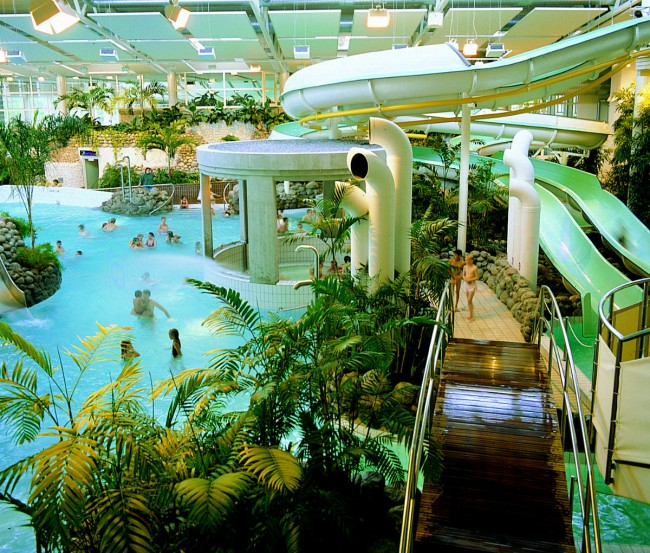 This Stockholm classic in the very heart of the city has been a bit of a closely held secret among Stockholmers. It opened in 1938 and immediately became the go-to spot during the summer. A major renovation was undertaken earlier this decade. When it reopened, Stockholmers rejoiced and began making it their city oasis once again.
Vanadisbadet. Sveavägen 142, Stockholm. +46 (0)72 832 34 62 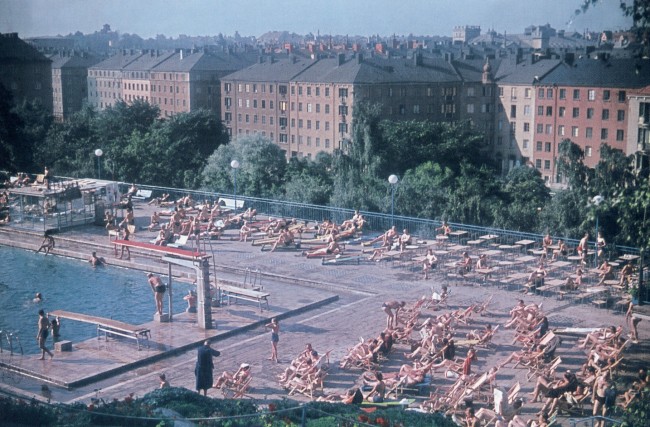 This map will help you discover the best swimmings pools in Stockholm: