The Best Hiking Trails in and Around Stockholm 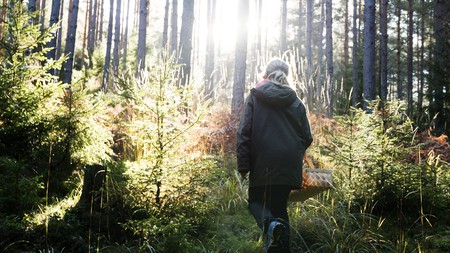 With several hiking trails reachable by public transport, it’s easy to enjoy a city break in Stockholm while also getting back to nature in the beautiful Swedish countryside.

Home to charming canals and islands, exceptional museums and world-renowned cuisine, Stockholm is not short on things to do. However, there is just as much to discover beyond the Swedish capital, with dense pine forests, fascinating wildlife and vast lakes making it an ideal destination for keen hikers, cyclists and kayakers. Whether you want to stretch your legs for an hour or go off-grid for days, there are trails for all ability levels, which are easily reachable by public transport from Stockholm. Discover the area’s best hiking trails. 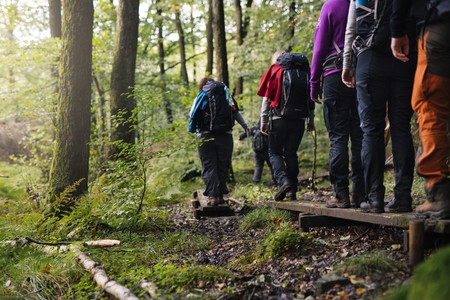 Escape bustling Stockholm and visit Nackareservatet, which is less than 30 minutes away | © Visit Sweden

Although there are 12 nature reserves on the island of Nacka, Nackareservatet (Nacka Nature Reserve) is a tranquil area of wilderness less than 30 minutes from Stockholm’s city centre. Take the T-Bana 17 to Bagarmossen and walk to the reserve. Here, you will find trails for all abilities, with birdwatching opportunities and lakes for swimming. “You’ll feel as though you’re in the middle of nowhere, not within proximity to the hustle and bustle of Stockholm,” says Heather Nilsson from Stockholm Adventures, who can provide all you need for a self-guided hike. “You won’t be able to hear the noises of the city. Instead, your ears will be full of the sounds of the surrounding nature: birds singing, the wind rustling the leaves in the tree and the sound of the earth underfoot as you hike.” 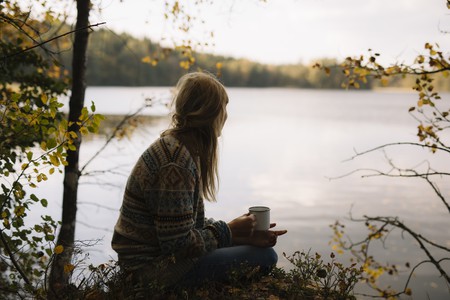 In addition to the lake, Brunnsviken has many things to see, including museums | © Alexander Hall / Visit Sweden

If you’re short on time or travelling with family, the 12km (7mi) trail around Brunnsviken Lake is easy to reach, flat and offers plenty to interest children along the way. A picturesque fjord in northern Stockholm, it’s reachable via the T-Bana 14 to Universitetet, followed by a short walk to the lake. There’s a lot of open space for picnics on the rolling lawns. You’ll also find the Bergius Botanic Garden, a butterfly house, the Swedish Museum of Natural History and an ornate pavilion belonging to the former king of Sweden, Gustav III. Just be sure to stop for the legendary cinnamon buns at Kafé Sjöstugan. 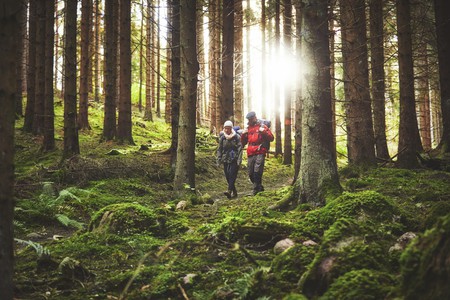 Tyresta National Park is full of hiking trails, with something to suit everyone | © Patrik Svedberg / Visit Sweden

Although it’s only 20 minutes from the centre of Stockholm, this national park feels a world away from the bustling city centre. Take the 807 or 809 bus from Gullmarsplan or the 834 bus from Haninge station to Tyresta, which is around 40 minutes away. Once here, you can choose from several trails. The 5km (3mi) Barnvagnsslingan loop is an easy route around Bylsjön Lake, suitable even with a baby buggy. Advanced hikers should follow the orange markings for a 13km (8mi) section of the Sörmlandsleden trail; it takes around five hours. “This is a fairly challenging but incredibly rewarding hike,” says Heather. “You can find primeval forest here with pine trees that are 400 years old, clear forest lakes and a large number of unusual plants and animals.” 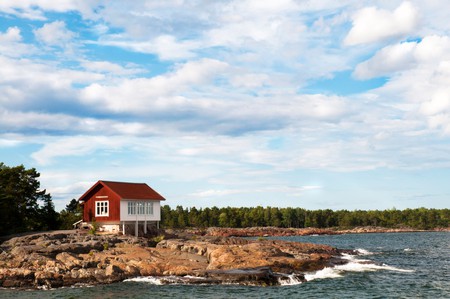 Roslagsleden is split into 11 sections, with plenty of spectacular sights along the way | © William Uzuriaga / Alamy Stock Photo

Follow in the footsteps of the Vikings with 190km (118mi) of hiking trails on the Baltic Coast. Take the T-Centralen line 14 from downtown Stockholm to Mörby centrum, and then walk for 15 minutes to Danderyd Church. Here, you can join the easy trail, which is marked with orange and runs through Stockholm County. Hike for a day or continue onwards for a week, if you can spare the time. For long hikes, stay at any of the campsites, hotels or B&Bs along the way. Expect Viking rune stones, glassy lakes, historic churches, ancient castles, silent forests and spectacular sea views as you go. 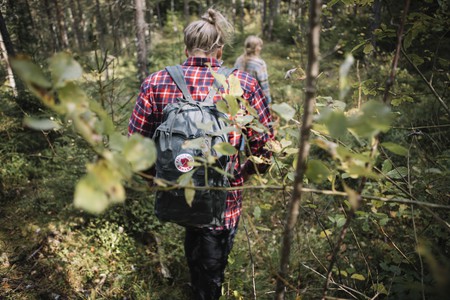 Ideal for nature lovers, Sörmlandsleden is one of the longest hiking trails in Scandinavia, covering over 1,000km (621mi). The trail itself starts close to the city centre. Just take T-Centralen subway line 17 south to Björkhagen station, and then choose which section you want to follow. It is divided into over 100 hikes between 1.5km (1mi) and 17km (11mi) in length, with something for every level of hiker. While passing the mining area of Skottvång, some stunning lakes and unspoilt coastline, keep your eyes peeled for moose, roe deer and eagles. “As you go along, you’ll pass vast lakes with beaver dams, granite cliff formations, and you can track some of the animals that call Scandinavia their home,” says Pieter Dingemans, founder of The Green Trails, who leads hikes in the area. 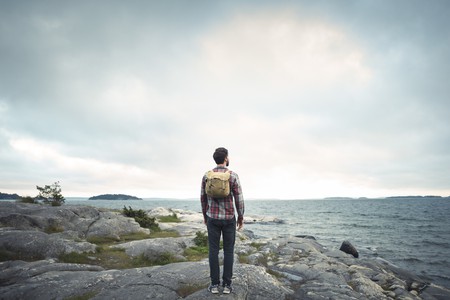 Björnö is worth the hour-long journey outside Stockholm | © Visit Sweden

“If you are in Stockholm for a few days, I highly recommend you get out into the archipelago where 30,000 islands are awaiting exploration,” says Heather. A spectacular reserve on a peninsula over the Baltic Sea, Björnö is around an hour from Stockholm but worth the effort. Here, you’ll find uninterrupted sea views, some of the area’s best beaches and an underwater snorkel trail. Take the T-Centralen to Slussen, and then change to the 428 or 429 bus to Björno naturreservat to join an intermediate trail of 14km (9mi). “You’ll see not only pine-tree forests, rocky landscapes, beautiful beaches, lakes and marshes but also picturesque traditional red wooden houses, harbours and ruins,” she says.

Upplandsleden has plenty of spots to rest and cook | © Visit Sweden

To really get away from it all, Upplandsleden (Uppland Trail) offers some of the best hiking in the area. The trail has firepits for cooking, free cabins for sleeping in and plenty of rest areas along the way. The intermediate trail is divided into sections between 5km (3mi) and 30km (19mi), taking in serene wetlands, ancient forests and beaches. For a day trip, take the train from Uppsala Central to Selknä. Then change onto the heritage bus (during summer only) to Fjällnora for a 6.5km (4mi) hike to Länna. You can also take the bus from Uppsala to Sunnerstaåsen to trek for 8.5km (5mi) through the deepest forest to Nyby. 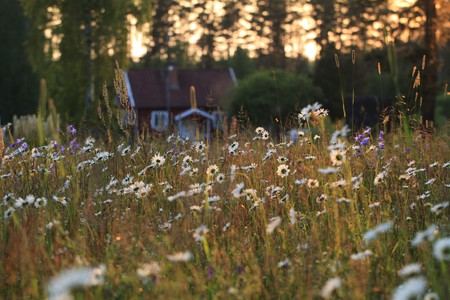 North of Stockholm, this picturesque region covers no less than four nature reserves with 1,938 hectares (4,789 acres) of lakes, forests and meadows full of wildflowers to explore. Take the T-Bana line 11 to Akalla, and then either walk 1km (0.6mi) to Hansta or change onto the 567 bus to Säby Gård to join several trails. Particularly suited to history buffs, these trails pass several Bronze Age sites, including hill forts and burial mounds. Bird-lovers should visit the bird sanctuary on the island of Getholmen; however, it is closed between April and June.