The Best Day Trips to Take From Stockholm 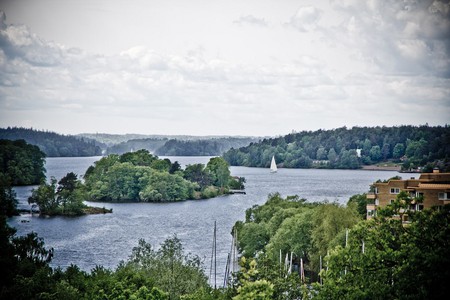 Stockholm is a beautiful city with an incredible variety of interesting things to do. However, sometimes it can be nice to step out of its hustle and bustle and explore some of Sweden’s smaller attractions. From interesting historical sites to modern marvels, here are some of the most exciting day trips you can take from Stockholm.

The archipelago around Stockholm has a number of beautiful small towns and islands that are great places to explore. Vaxholm is on the Island of Vaxon, and has a number of lovely cafes situated right by the water. Its most well-known attraction is the stunning Vaxholm fortress, an island defence constructed in the 16th century by the legendary King Gustav Vasa of Sweden. The fortress is on a tiny islet around 200 metres from Vaxon and a cable ferry runs from May to September to transport people across. 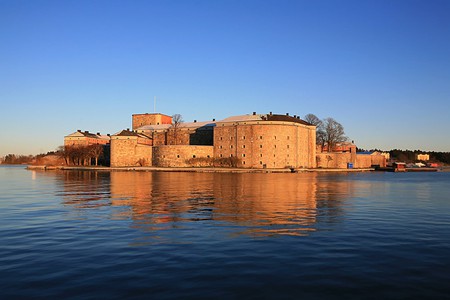 Stockholm may be Sweden’s centre for art galleries, but not all the best works are located there. The town of Mariefred boasts the Swedish National Portrait Gallery which aims to honour individuals who have made valuable contributions to Swedish life. This makes for an eclectic collection, ranging from portraits of 16th century royalty and Abba’s Benny Andersson to former UN Secretary General Dag Hammarskjöld. The gallery is located in Gripsholm Castle, a striking structure on Lake Malaren that makes the journey to Marie Fred doubly worthwhile.

A quiet oasis, reachable in less than an hour from Stockholm Central Station by bus, the Tyresta National Park is exceptionally picturesque with a number of excellent hiking trails and a primeval forest home to trees over 400 years old. The park also has 112 species of breeding birds, and lakes containing pike, perch and ruffe fish. The visitor centre is shaped to look like Sweden and is a great place to start your Tyresta adventure. 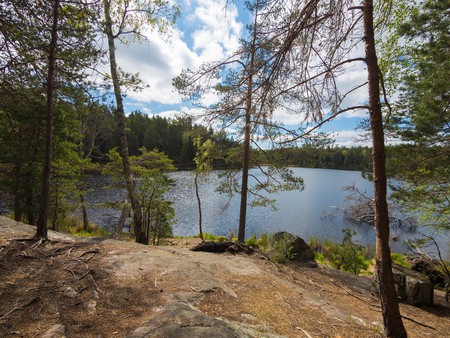 Vasteras is an attractive, relatively small city on the banks of Lake Malaren – Sweden’s third largest freshwater lake. This means that a trip to Vasteras gives you the opportunity to explore the city as well as the lake. Vasteras’s main attractions are the Vallby Open Air Museum, the Vasteras Aviation Museum and the wonderful cathedral that dates back to the 13th century. Furthermore, there are a number of different boat trip options to explore the lake, and the city is home to the first H&M store as the company’s founder was from Vasteras.

Uppsala is the ecclesiastical capital of Sweden and boasts Scandinavia’s tallest cathedral, as well as one of its oldest universities. Sweden’s fourth largest city is engulfed in the buzz that comes with a university and is home to around 40,000 students. Among its many attractions are Gustavianum, a university-owned museum which contains the notes of one of its first students (dating back to 1477!); the botanical gardens comprising an orangery, and Uppsala castle that has a well-curated art gallery located within its nearly 500-year-old walls. 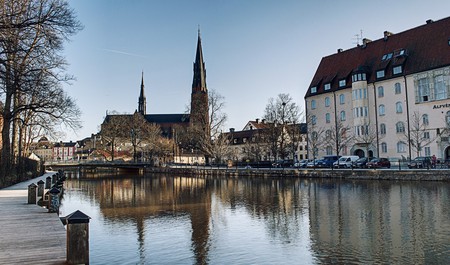 Slightly further afield, just under two hours from Stockholm, is Orebro. It is a place worth visiting for its medieval castle, Northern Europe’s largest indoor water park Gustavik, and its open air museum Wadkoping. The city has a number of charming cafes and restaurants to explore, including the excellent Drangen restaurant. Families can enjoy the island of Stora Holmen that has play areas and even a miniature train!

On the Island of Lovon is the official residence of the Swedish royal family, Drottingholm. Built in the late 16th century, the residence is a UNESCO World Heritage site. Its grounds include a small opera house, a church, beautiful gardens and a Chinese pavilion. You can buy your entrance tickets online and there are also guided tours available. It can be accessed easily by public transport, by car, or by boat in the summer, making it a great day trip. Opening days and hours vary depending on the time of the year, so make sure to check them here. 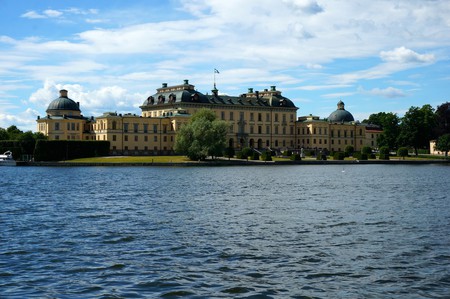 Birka, known as one of Sweden’s first cities, was one of the most important Viking trading sites in Northern Europe. Since it is located on the Island of Bjorko, on Lake Malaren, it is easily accessible from Stockholm and Vasteras. Birka is now an open-air museum, hosting a number of events and interactive tours including special ones just for kids. It is considered such an important part of Viking history that it is a UNESCO World Heritage site.

Sigtuna is one of the most popular day trip locations from Stockholm, especially because it is only 50 km from central Stockholm but feels like a world away. The town was founded in the 10th century, which makes it the oldest in Sweden. It boasts a number of spectacular historical sites, including the ruins of the 12th century St Olaf’s Church, Sigtuna Town Hall and St Mary’s Church. The town centre is very cosy, filled with a number of lovely cafes and restaurants, and just outside the centre are the Wenngarns and Steninge castles. 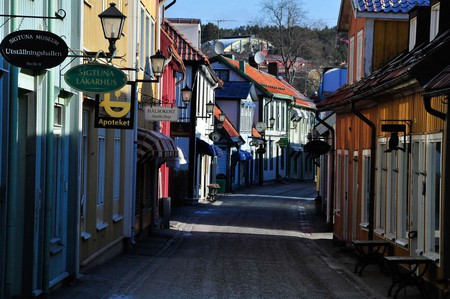 Boda Borg is an interactive experience, excellent for families (with children aged 7 or older) or small groups who want to do something a little different. It is a real-world gaming environment that invites teams of 3 to 5 people to solve puzzles and complete challenges to progress through a ‘quest.’ It is an innovative mixture between an ‘escape the room’ experience and the incredibly popular Crystal Maze game show.