The Most Spectacular National Parks In Sweden

1024px-Aurora-abisko-fisheye
Sweden boasts dramatically beautiful natural reserves and the nature of Sweden has been considered as one of the strongest assets of this country. Here we help you discover some of the best national parks in the Nordic nation.
Ängsö Archipelago © Erik Söderström/WikiCommons

Park
Abisko National Park | © Chad Blakley/WikiCommons
Ängsö National Park can only be accessed using boats however, this also means that the modern human impact on this park is very minimal. Here you can have a look at the agricultural landscape, which represents the farming activities in Sweden centuries ago. The park is also well known for having a massive variety of arctic tree species, including birch, oak and maple.
More Info
Open In Google Maps
22 Stadsgården, Stockholm, Stockholms län, 116 45, Sweden
+46102231000
View menu
Visit website
Visit Facebook page
Send an Email
Give us feedback

If watching northern lights is your aim, then you must visit the Abisko National Park. This national park is located in Swedish Lapland and north of the Arctic Circle. The park is also very accessible: it takes only two hours to travel from Kiruna Central train station. Hiking and kayaking are two of the most popular activities at Abisko. When you get to the top of the hill, you can overlook the Swedish Lapland, mountains and fjords. A viewing platform is also set up in the Abisko Sky Station, just 10 minutes train ride from the national park. 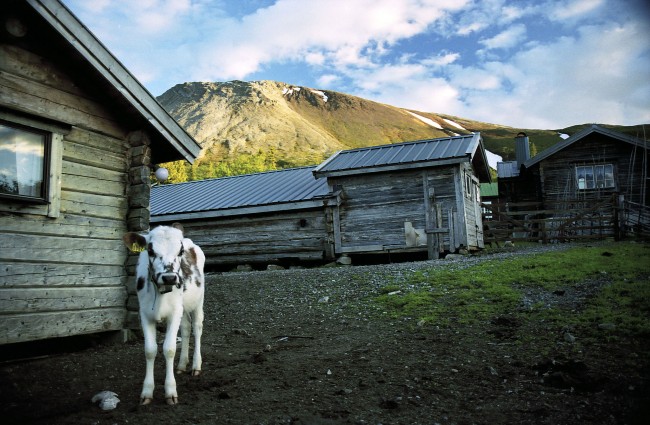 Park
A reindeer in a valley in Sarek | © Kitty Terwolbeck/Flickr
Sonfjallet National Park is located in the heart of Sweden and is one of the oldest national parks in Europe. Designated in 1909, the park houses one of the tallest mountains in the region: Mount Sonfjallet, a round shaped mountain which is considered quite easy for beginners. There are many arctic animals residing in the park, including elks and lynx, which are rare nowadays. The vegetation is mainly pine trees.
More Info
Open In Google Maps
Härjedalen V Sonfjället, Jämtlands län, Sweden
+46102253000
View menu
Visit website
Visit Facebook page
Send an Email
Give us feedback

Park
Åva, Tyresta nationalpark | © Hampus/Flickr
Sarek National Park is another fascinating tourist destination in the Lapland area. Situated in the Norbotten province and within the Arctic Circle, this is also a great place to view the northern lights. The climate here is cold and dry, which makes the park a perfect place for arctic plant species you cannot see elsewhere. If you would like to hike up to the mountain top, you may consider joining a guided tour to ensure you hike safely. Boats are available within the park for trips across Lake Dievssajávri and tents are allowed for those who would like to spend the night in this Swedish national park true to its natural elements.
More Info
Open In Google Maps
Jokkmokk Jokkmokk, Norrbottens län, Sweden
+4697122250
View menu
Visit website
Visit Facebook page
Send an Email
Give us feedback

Tyresta National Park is situated 20 kilometers away from Central Stockholm and this makes it one of the most accessible national parks in the country. The park lies on the eastern coast of Sweden and gives a panoramic view of the Baltic Sea. The park also has the largest coniferous forest in Sweden, with pine trees up to 400 years old. This is why the forest is home to many Nordic animals.