The 5 Best Swedish Childrens Books Of The Last Century

Children’s books are very popular in Sweden and this literature enjoys considerable status in the country. Every year a big number of children’s books get published and reviewed in the media sphere. The competition to receive one of the awards for children’s literature is tough. Among the prizes awarded annually in Sweden is the Astrid Lindgren Memorial Award, the most renowned children’s book prize in the world. 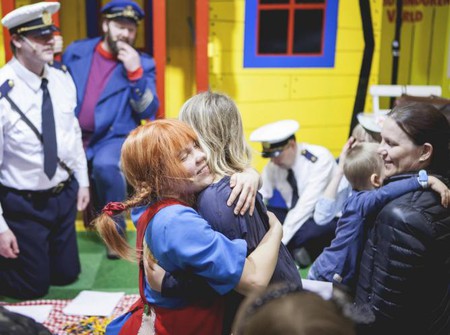 Pippi Longstocking is a book protagonist who certainly needs no introduction. A nine year old girl, with red hair held in two pigtails and mismatched stockings, is one of the most iconic book heroes for children across the world. Ever since the first publication of the book, in series of four novels between 1945 and 1948, Pippi has been one of children’s favorite characters. Together with her two loyal companions, a monkey and a horse, and two best friends, Pippi has a series of adventures, bringing joy and happiness into the lives of her readers.

Bridget and the Gray Wolves by Pija Lindenbaum (2000)

Pija Lindenbaum is a wonderful illustrator and great writer, who published a charming story about a girl named Bridget. Being a very careful child, Bridget never took part in usual children’s activities and plays and was scared of many things. Things change when, one day on a school field trip, she gets lost in the woods and meets a pack of wolves who surprisingly obey her every command. The story is a slightly bold, humorous tale, accompanied by stunning watercolor illustrations that add great value to the book.

The Jerry-Maya Detective Agency is actually a series of books for children, featuring schoolmates Jerry and Maya on their adventures of solving the mysteries happening in their town. The stories are set in Valleby, where Jerry and Maya have opened a detective agency to help the police solve different crimes. The first book followed the mystery of the disappeared diamond, and after that Jerry and Maya helped solve circus, gold, mummy and zoo mysteries. The successful series has inspired a TV series and a movie in the last years. 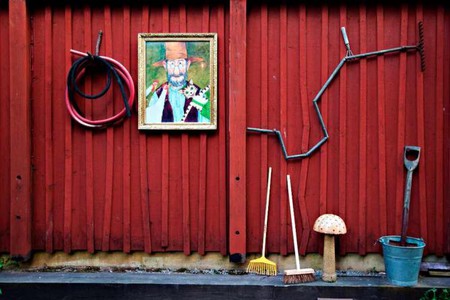 Pettson is an old farmer who lives together with his talented cat called Findus in an old house in the countryside. The farmer and the cat can talk with each other, and together face different mishaps in life. The series of nine books, written and illustrated by Sven Nordqvist, were published between 1985 and 2001. The books are known for great character development and fantastic illustrations, showing tiny background details. The text is structured in a fun way, capturing the attention of both children and adults.

Another one from the older collection, The Story of the Red Apple has delighted children and adults of all ages for decades. It is a story that perfectly balances the art of writing and drawing, as the pictures hold as much insight into the tale as the text itself. Published in 1974, The Story of the Red Apple examines the effects of karma and how lying has a way of being brought to light. Of course, looking from a child’s perspective, it can also be about the adventures of one apple in a tiny village.