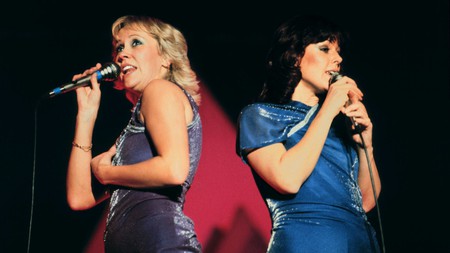 Experience Stockholm without leaving your living room – with our guide to the best songs that epitomise the Swedish capital.

There’s more to Swedish music than Abba. Though the 70s pop group made the world sit up and take notice, Sweden has since gone on to become the world’s third largest exporter of pop music, after the UK and US. Bands such as Roxette and Ace of Base followed, making Stockholm synonymous with pop and polished rock. However, more recently, innovative house, techno and folk scenes have flourished in the city. Behind the scenes, Stockholm has also quietly dominated the charts with top producers and songwriters like Max Martin and StoneBridge stamping their sound on tracks for the likes of Britney Spears, Taylor Swift and Katy Perry. It’s entirely possible to capture the city’s all-conquering creative spirit from the comfort of your home with our essential soundtrack to Stockholm.

As a child growing up in the Swedish capital, Tim Bergling had a love of music from an early age. His parents first noticed their son’s talent when they heard him singing the Swedish national anthem. By the time he was 21, Bergling – by then known as Avicii – had become electronic dance music (EDM)’s Grammy-nominated golden boy, working with everyone from Coldplay to Madonna before tragically taking his own life in 2018, aged 28. This subtle, yearning dedication to his home town matches insistent marching drums with vocals from Swedish artist Daniel Adams-Ray and lyrics that pay tribute to Swedish values of equality (“I’m from a place where we never separate people from people”). Paired with monochrome footage of Stockholm in the video, the track shows Avicii feeling nostalgic for the city he had left behind, noting: “Strange how the same place I ran from’s the same place I think of whenever the chance comes”. With Somewhere in Stockholm, this greatly missed musician wrote his very own version of the national anthem.

Stockholm’s answer to Tori Amos, Anna Lidman first came to prominence after winning a national songwriting competition in Sweden. She has since worked with the likes of Massive Attack producer Dan Brown and starred in theatre productions including We Will Rock You. Her EP Poem was released in April 2020 and is a collaboration between composer Marc Tritschler from London’s National Theatre and a chamber orchestra from Berlin. Straddling pop and classical, it’s a quirky, magical and utterly unique collection of tracks – just like the city Anna now calls home. “I grew up in a family of artists in northern Sweden,” she says, “and have since moved to Stockholm living in Midsommarkransen and Södermalm while also being part of the music and theatre scene.”

Stockholm loves to party and in I Love It, the city’s very own Icona Pop encapsulates the jubilant up-all-night exuberance that makes the Swedish capital the perfect place to dance till dawn. Caroline Hjet and Aino Jawo were already well-known names on the Stockholm nightlife circuit when they met at a party, often DJing at clubs including the legendary Spy Bar. Together, they started writing songs that combined the punk and electronic sounds they grew up loving with a distinctly Swedish pop gloss, with the euphoric feeling that anything could happen in a city where the summer sun barely sets.

Though the streets of Stockholm must be a sadder place since the Söderberg sisters stopped busking there, at least now we can all share their spine-tingling take on Scandinavia’s long-rooted folk traditions. Mixed with classic American country, this gorgeous, plaintive love song still nods to their Swedish roots in its opening lines: “Oh the bitter winds are coming in, and I’m already missing the summer. Stockholm’s cold but I’ve been told I was born to endure this kind of weather.” Their harmonious sound means they are no longer Stockholm’s best musical secret but have gone on to pick up two BRIT nominations. They also famously played Glastonbury Festival in the UK, while their 2018 album Ruins reached No3 in the UK charts. Yet they have also returned to where it all started, with Klara opening a country music club in Stockholm in February 2020.

Stockholm has a huge house music scene, spawning some of the world’s biggest DJs and most respected clubs. This is its ultimate anthem: a guaranteed floor-filler wherever it’s played and the track that told the world Swedish house music meant business. Featuring vocals from Swedish singer John Martin, the track reached No1 in both the UK and Sweden, their last single before splitting in 2013. DJs around the world – including fellow Swedes Alesso and Avicci – continued to cite the Swedish act as a major influence. The band finally reformed in 2018, ensuring Stockholm’s reign as Europe’s capital of house music is likely to continue.

Swedish brothers Tom and Henrik Ljunggvist have earned a devoted following in Stockholm since signing to Universal Music Sweden two years ago. Inspired by artists such as One Republic and Bon Iver, their sound has been described by music blog SoundThread as “modern, melodic indie with smooth, upbeat vocals, subtle electronic undertones and clean production”. Following their debut Vera, this 2018 single is a soundtrack to aimless nights out in the city searching for lost love and meaning (“I’m turning on every stone, all the way from Bombay to Stockholm”), capturing that inevitable moment in life when you realise what really matters.

When Peter Bjorn and John formed in Stockholm in the late 90s, the city’s indie scene was non-existent. “After a few years,” singer and bassist Bjorn Yttling says, “indie rock broke in Sweden and it got easier to make the music we wanted to make. We were lucky with that timing.” Still, they were on the brink of abandoning the band when they recorded this track one hot midsummer’s evening in Yttling’s apartment in Stockholm. Featuring Swedish singer Victoria Bergsman on shared vocals, its perky whistled introduction, rattling drum beat and carefree catchiness went on to earn 130 million Spotify streams. The band have since launched an artist collective and record label in Stockholm, ensuring the city’s indie scene will never be neglected again.

Although Hakan Hellstrom was born in Gothenburg rather than Stockholm, this charming, jangly track – translated as A Midsummer Night’s Dream – is the definitive sound of long sunny days across the country. “He’s Sweden’s biggest artist,” explains First Aid Kit’s Johanna Söderberg. “He’s like our Bruce Springsteen or Bob Dylan. This is what everyone listens to. Like, everyone. All of our friends.” After releasing his debut single in 2000, Hellstrom became one of the country’s best-loved artists, scoring seven Number One albums in Sweden and winning several prestigious music awards. He is now set to release a new album in 2020. “This is the music of youth and summer,” Söderberg says. “This is what we listen to when partying or getting drunk. It’s music of celebration.”

Born Johanna Jansson, Dotter first found fame when she entered the 2018 Melodifestivalen, Sweden’s contest to find a Eurovision Song Contest. Though she was not eventually chosen, Swedes were charmed by her and the track Cry went on to reach Number One on iTunes, and has been streamed more than 2m times on Spotify. A spirited cross between Florence and the Machine and Lana Del Rey, Dotter – born Johanna Jansson – is based in Stockholm after moving there to study music. “I found a guy who wanted to record a demo with me,” she says. “And then we fell in love, so I’ve stayed in his studio ever since.” The vibrancy and individuality of the city is mirrored perfectly in this brand-new track.

It’s impossible to spend any time in the Swedish capital without encountering the country’s most famous musical export ABBA. The group comprised Agnetha Fältskog, Björn Ulvaeus, Benny Andersson and Anni-Frid Lyngstad, formed in Stockholm in 1972 and went on to become one of the most important pop bands of all time, their journey forever immortalised in Stockholm’s popular Abba museum. Summer Night City is the band’s disco-driven ode to Sweden’s long sunny nights, when the sun barely sets after the long winter and suddenly anything seems possible, as the lyrics say “In the night a new day dawning.” As Ulvaeus himself commented later: “Stockholm has everything New York or London has, but without the people and the traffic. Because it is built on islands and surrounded by water, you get this enormous sense of freedom.”