The 10 Most Impressive Buildings in Malmö 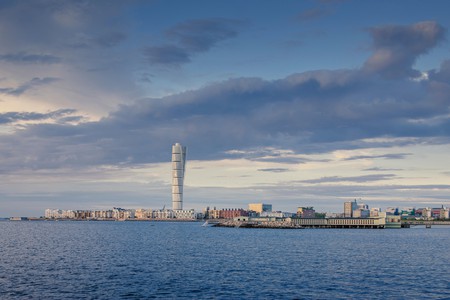 Malmö might seem fairly industrial at first glance, but look closer and you’ll find Renaissance buildings, contemporary designs and some surviving 19th-century edifices scattered around the southern city. Here are the most impressive buildings in this rapidly developing part of Sweden. 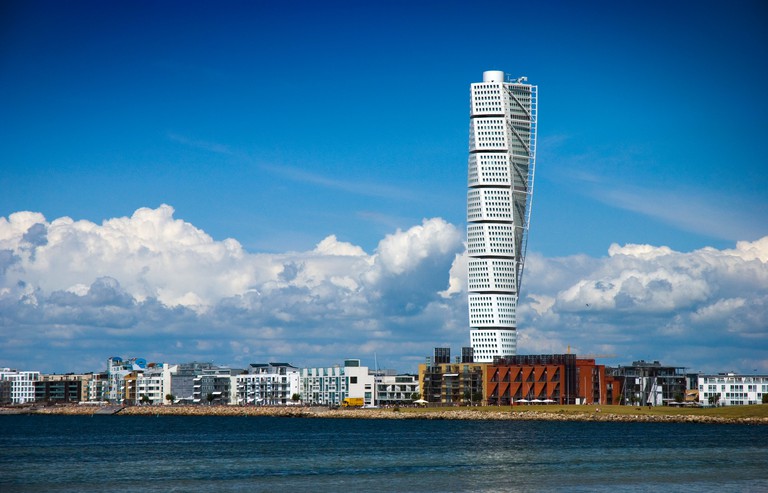 © Johan Furusjö / Alamy Stock Photo
This futuristic skyscraper is the tallest building in Scandinavia and was designed by Spaniard Santiago Calatrava, the architect, structural engineer, sculptor and painter. The architect based this 190m(623ft)-high marvel on his sculpture ‘The Twisting Torso’. Completed in 2005, the neo-futurist structure consists of nine cubes, totalling 54 storeys and because it’s a residential building, the interior is only open to visitors for a few weeks each summer.
Open In Google Maps
14 Lilla Varvsgatan, Hamnen Malmö, Skåne län, 211 15, Sweden
+4640174500
Visit Website
Give us feedback 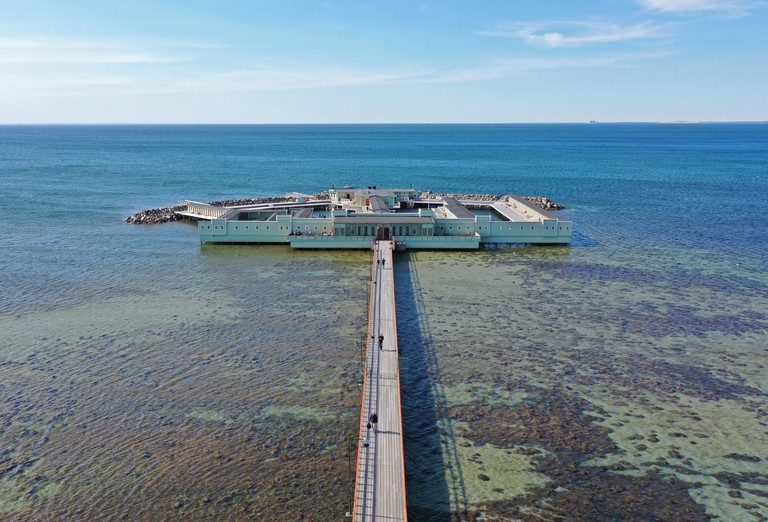 This stunning open-air bath, known locally as either Ribban or Kallis, sprouts out into the sea from Ribersborg beach and dates back to 1898 – it’s one of the oldest in the country. The beautiful, sparsely decorated wooden building with its clean lines and grey-green colour is a great example of turn-of-the-century bathhouses. Kallis is open year-round and visitors are welcome to swim au naturel, which most people do. There are separate areas for men and women, with two saunas, as well as a mixed sauna. A café and restaurant complete the offering. 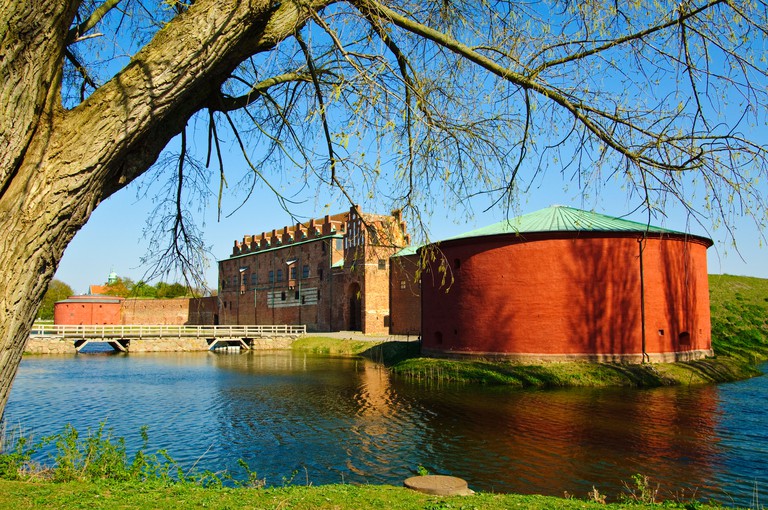 Malmöhus Slott (Malmöhus Castle) is the oldest surviving renaissance castle in Scandinavia, dating back to 1434, when much of Sweden, Denmark, and Norway were ruled by a single monarch. Parts of it have been torn down and rebuilt, and as a result the castle is a mix of late-Gothic and Renaissance styles. The castle has been used as a residence, a fort and a prison – James Hepburn, Mary Queen of Scots’ third husband, was famously imprisoned here. At the end of World War II, it was a refugee camp for people who had been saved from concentration camps by the Red Cross. As well as the impressive building, make sure you visit the beautiful nearby Slottsträdgården (Castle Garden), which also has a popular café. 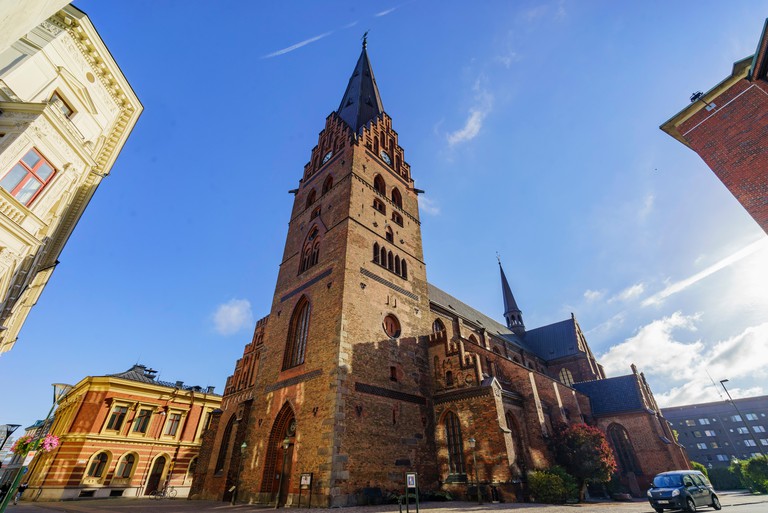 Construction on this Baltic, Gothic-style church began in 1319, using bricks from the region to create what became the largest Danish city church in the world (Malmö was part of Denmark until 1658). It boasts a 105m(344ft)-high tower, as well as several chapel buildings. The church is remarkably well-preserved, thanks to regular conservation work. 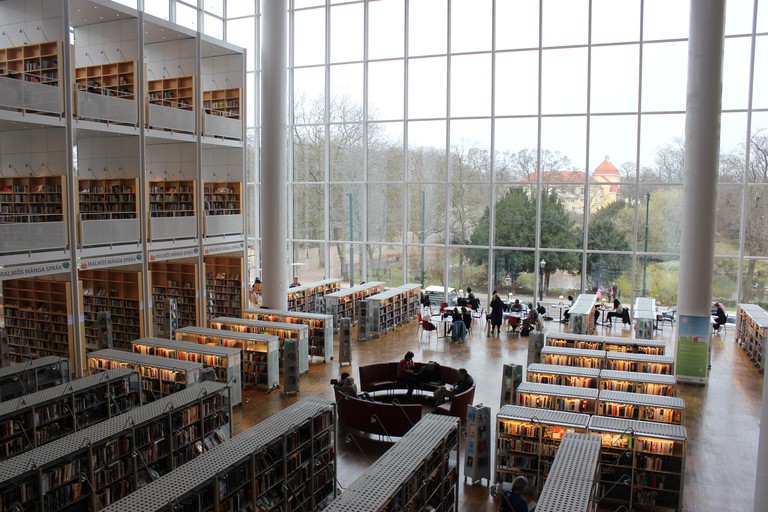 © Ekaterina Naumova / Alamy Stock Photo
Sweden ranks eighth on the list of countries that read the most, so it makes sense that libraries around the country are veritable temples to the written word. Malmö’s City Library (Stadsbibliotek) is a great example of how you can create a beautiful public space. The original building, The Castle, dates back to 1901, while the light, airy, glass structure by Danish architect Henning Larsen was added in 1997. Called ‘the Calendar of Light’, the extension’s large glass walls beautifully display the turning of the seasons in the idyllic park outside the library. Larsen won the Kasper Salin Prize, Sweden’s foremost architectural prize, for the project.
Open In Google Maps
11 Kung Oscars väg, Malmö, Skåne län, 211 33, Sweden
+46406608500
Visit Website
Give us feedback 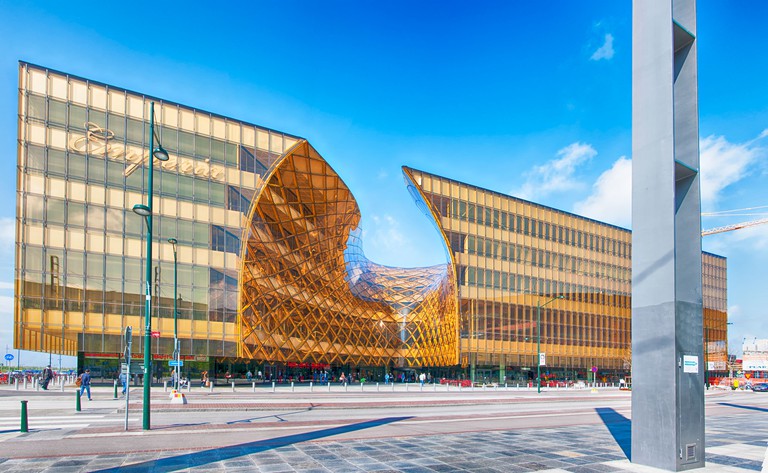 It’s probably one of the more unique shopping malls in the world and it’s also one of the biggest in Scandinavia. Opened in 2012, the brainchild of architect Gert Wingårdh is a curved contemporary design, with soundscapes, a roof terrace and more than 200 shops inside. It’s the size of around four football pitches and welcomes some 25,000 visitors daily. Emporia is part of a larger urban planning project that will combine offices, housing and retail. 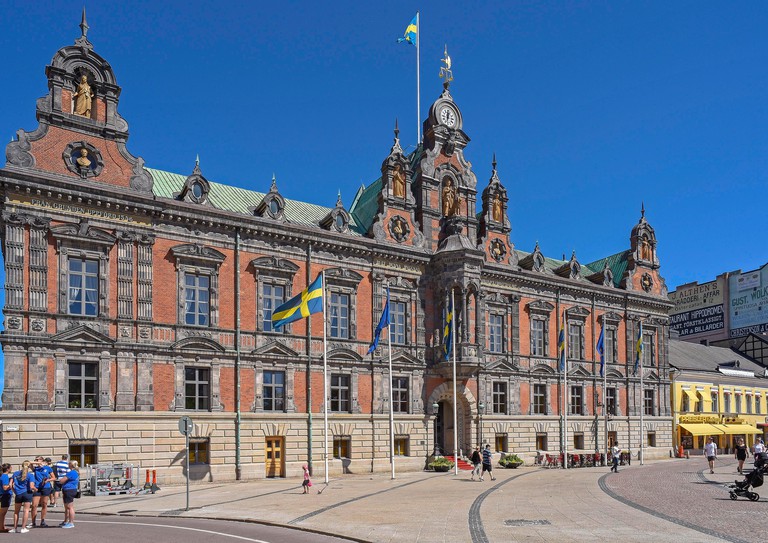 When the central Stortorget square, then the largest square in Scandinavia, was created in 1530, work also started on a new City Hall. The project was finished in 1546 and made in brick with decorative Gothic stepped gables. The most well-kept part of the original building is the basement, which is now home to a restaurant. Much of it was renovated in the 1860s, including the façade, which was remade in the Dutch Renaissance style. 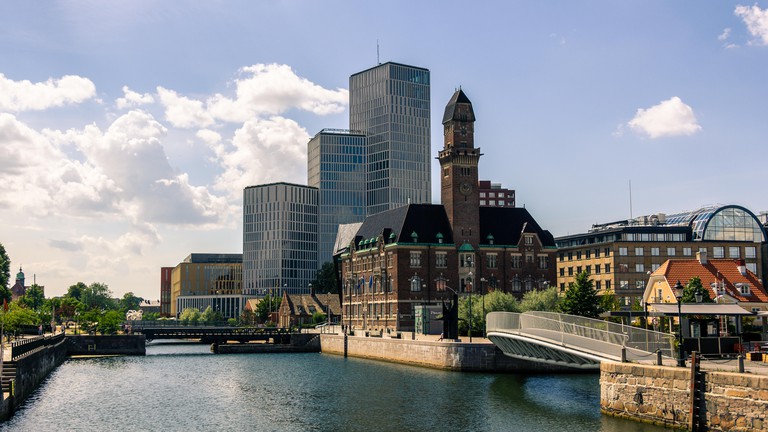 Schmidt Hammer Lassen Architects’ Malmö Live towers over the harbour and train station, and has forever changed the city skyline. The impressive collection of buildings is a 54,000 m² (581,250 sq ft) concert, congress and hotel complex that features the Malmö Live Concert Hall as well as a Clarion Hotel and congress hall. For those who just want to take a look at the architecture, it’s easy to visit – the ground floor is fully accessible to the public. It’s also home to a number of restaurants and a sky-bar, and won the Swedish Building of the Year Award in 2016. 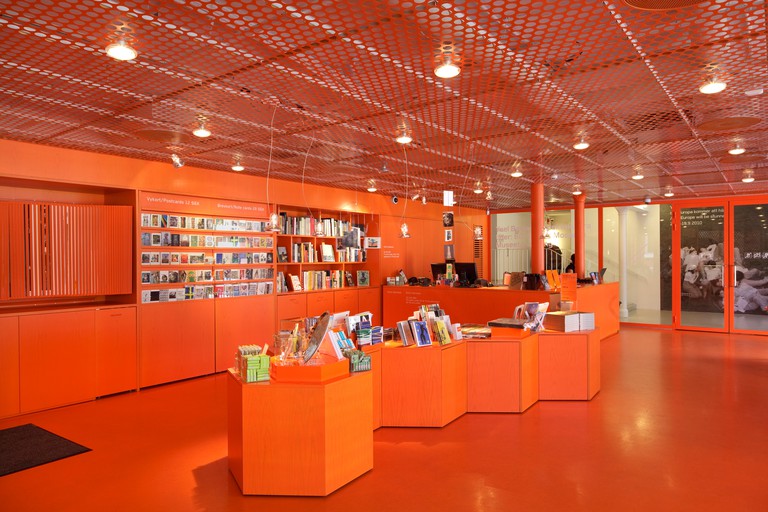 © David Borland-VIEW / Alamy Stock Photo
This offshoot of Stockholm’s Modern Museum is starkly modern – a square, deep-red box with industrial gates that fold back when open. The structure formerly housed an electrical plant dating back to 1900, with architecture firm Tham & Videgård Arkitekter using the integrity of the building to create something that perfectly reflected the experimental space. The result is a striking edifice that really stands out in Malmö’s old town.
Open In Google Maps
2-4 Ola Billgrens plats, Malmö, Skåne län, 211 29, Sweden
+46406857937
Visit Website
Give us feedback

Designed by Wingårdh, the Malmö Saluhall is located close to Malmö Live in the revived harbour area, in a former freight depot that was just a roofless shell when it was originally bought. Now a food market, the architecture firm added a new extension covered in pre-rusted red steel. Due to underground facilities on the lot, the buildable area was reduced, but Wingårdh solved the problem by creating an addition that imitates the existing building’s gable silhouette, with a cut-away that creates a canopy over the entrance. It’s an innovative reinvention of an unused space, and has become a popular meeting point for locals.