Swedish Foods to Keep You Warm This Winter

Given that Sweden is in northern Europe and enjoys wonderfully cold and snowy winters, it’s no surprise that there are plenty of Swedish foods to keep you warm during winter. Even better is that many take advantage of unique, native ingredients, giving any self-respecting foodie good reason to visit during the winter months.

Made from ground veal, cream, egg yolks, breadcrumbs, and a bit of salt and pepper, this deceptively simple dish is hard to get right. You need to sear it ever so lightly so that it remains barely browned and almost uncooked. It’s served with boiled or mashed potatoes, as well as lingonberry jam and green peas. Named after Marcus Wallenberg (of Sweden’s famous Wallenberg Family) the dish is a true classic, with many traditional restaurants battling to be known for serving the best version. 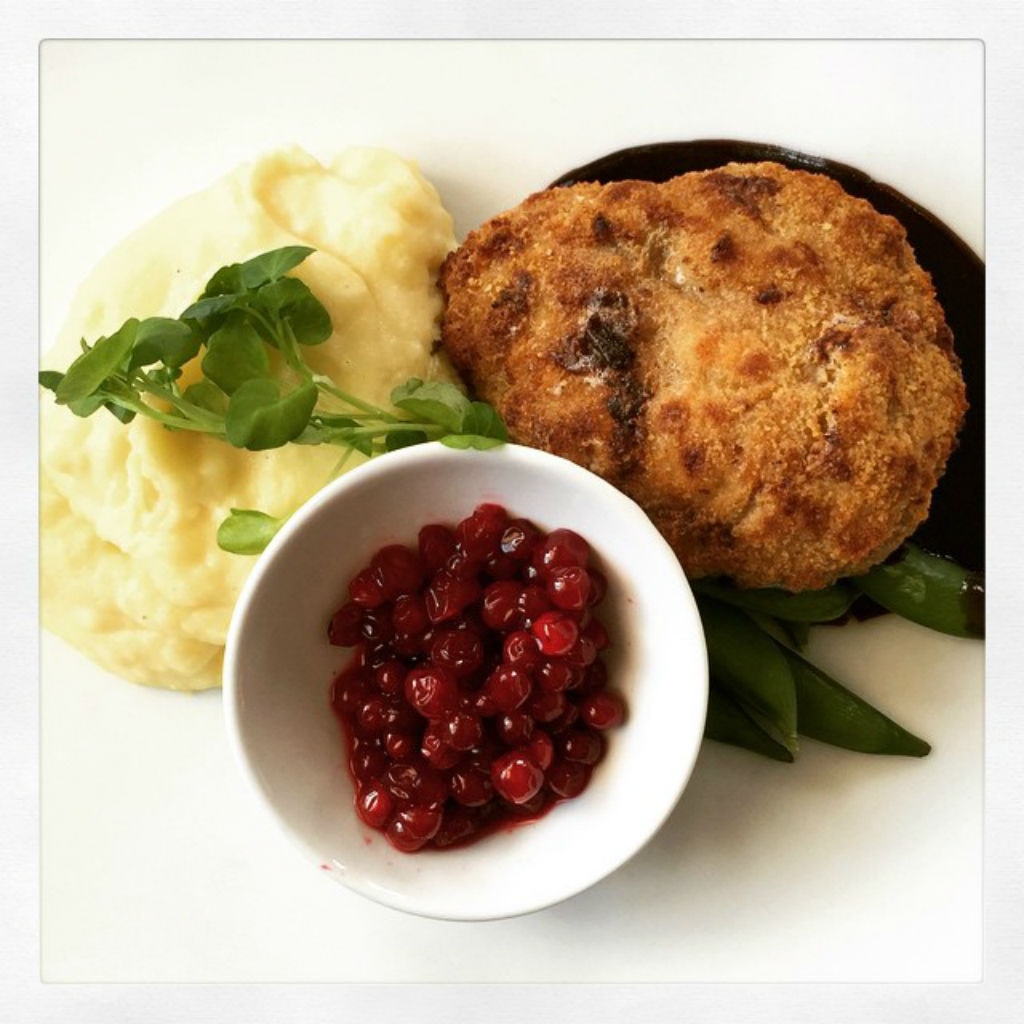 Possibly the greatest roast potato ever, Hasselback potatoes are sliced not quite all the way through, drenched in butter, roasted, drenched in more butter, roasted some more, and sometimes (depending on whether you’re a purist or not) topped with shredded parmesan cheese—and then roasted for another ten minutes or so. They’re crispy on the outside, soft and buttery on the inside, and oh-so-fantastically delicious. The perfect winter spud. 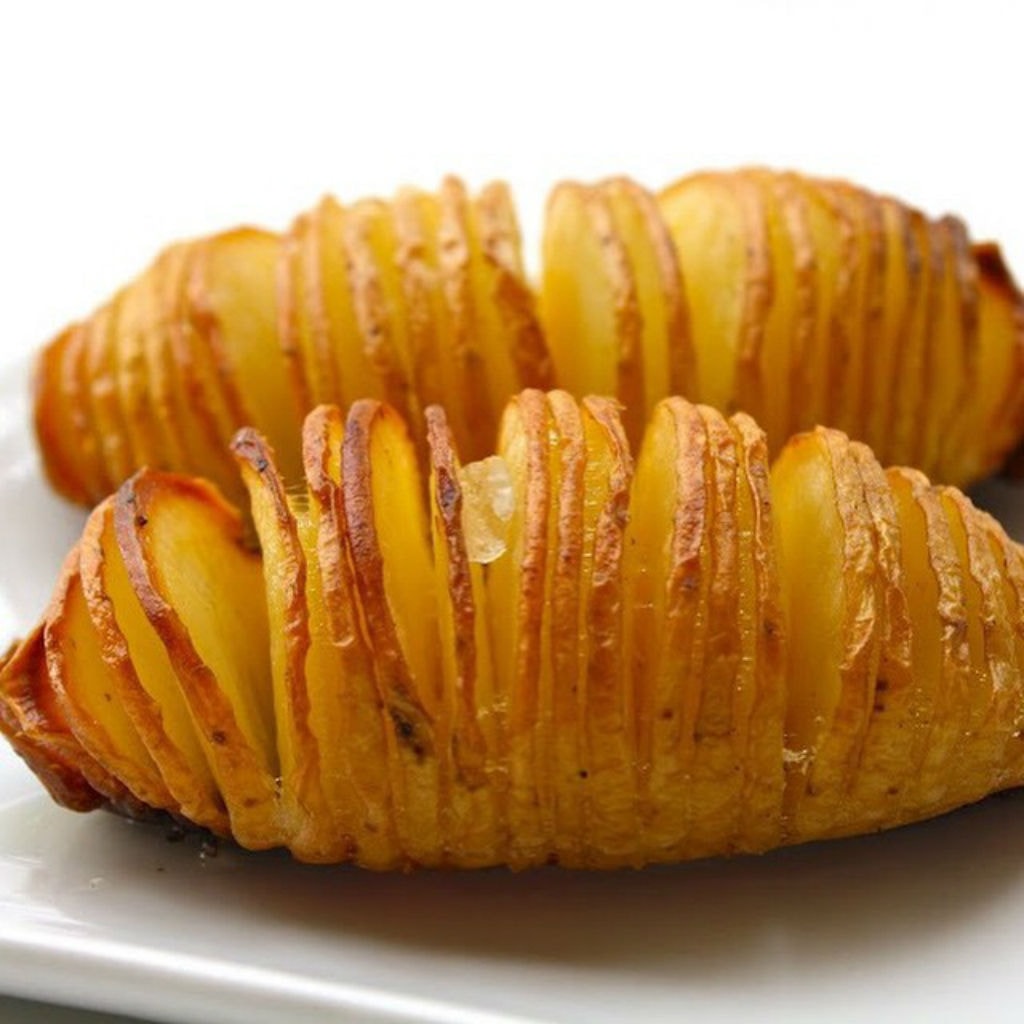 Pyttipanna translates to “small pieces in the pan” and while there is no set recipe (because this dish is a way to use up all the scraps from the fridge) this dish will generally use leftover boiled potatoes, chopped, along with onions and some kind of meat. Bacon is often used, although you can chuck in sausage, ham, meatballs, or anything else you have on hand. Topped with a fried egg and served with pickled beetroot it’s truly the best of home cooking. 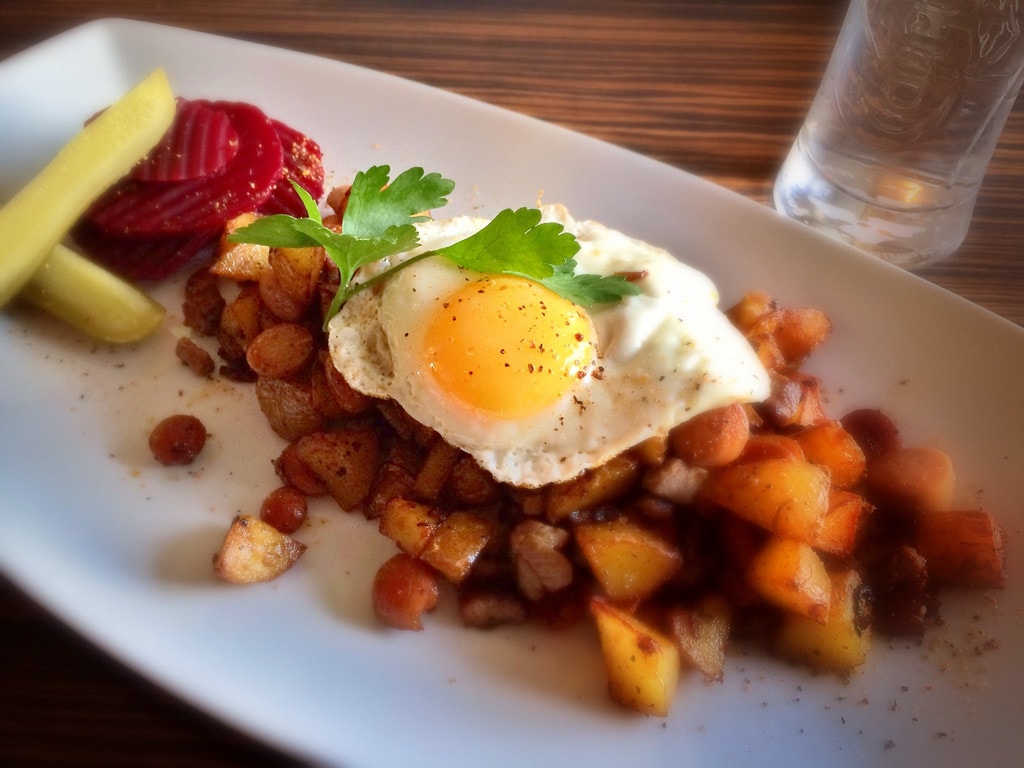 It’s all in the pan | © Sharon Hahn Darlin / Flickr

Biff Rydberg is often called the luxury version of pyttipanna. Invented at Stockholm’s first hotel, Hotell Rydberg (which was named after merchant Abraham Rydberg, who put up the money for it), this dish uses seared bits of beef tenderloin, diced and fried potatoes, and sautéed onions. It’s served with a raw egg yolk on top, which is mixed into the meat, potatoes, and onions, creating a wonderfully creamy sauce. You’ll often find mustard cream and fresh horseradish served on the side, which gives it a nice little bang. 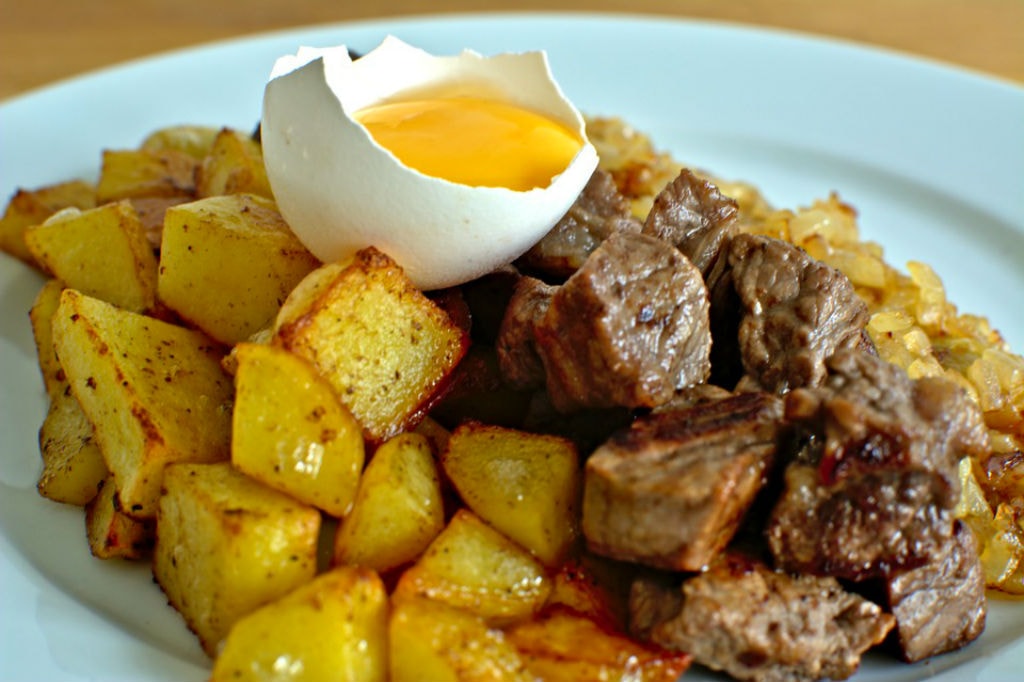 The classic Swedish potato dish, Jansson’s Temptation, was supposedly named after the Swedish opera singer Pelle Janzon, who was known for his love of food at the turn of the last century. The first recipe for this dish was published in 1940 and its mixture of shredded potatoes, anchovies, onions, cream, and breadcrumbs made it an instant classic. 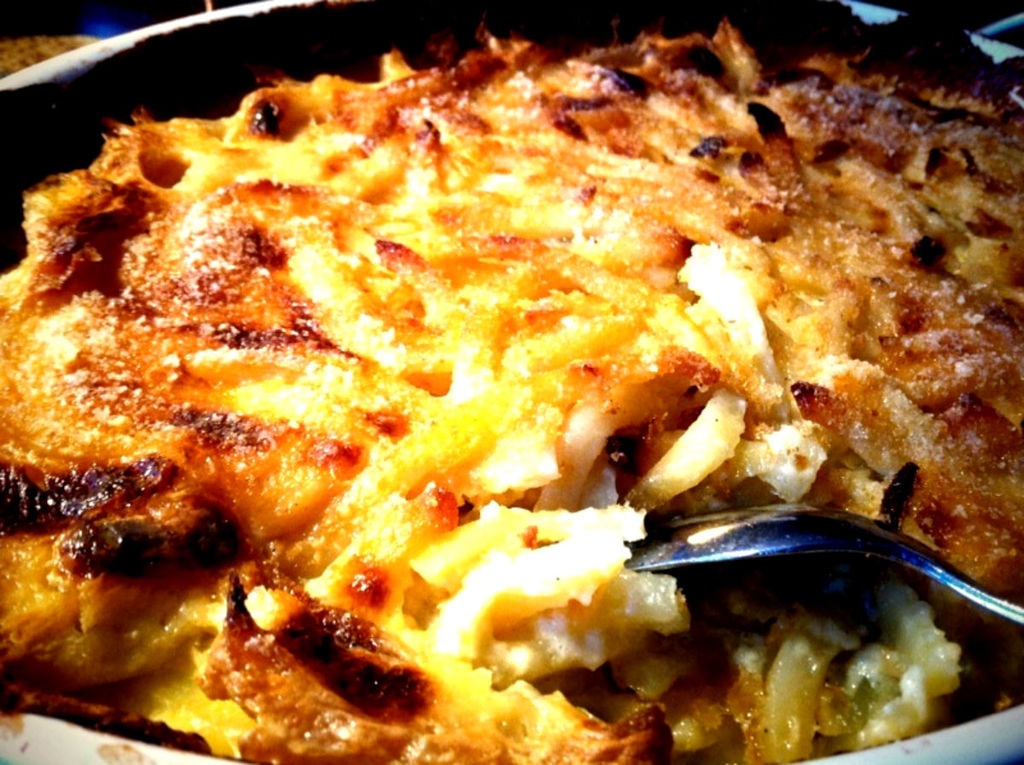 Swedish yellow pea soup’s history dates back to the Middle Ages. Traditionally it was served on Thursdays with pancakes and in many places, such as schools and in the armed forces, it still is. Made with salted pork belly (you can also use ham or unsliced streaky bacon chopped up), dried yellow split peas, some stock, and assorted spices, the texture is quite thick and almost mealy, and it remains a Swedish classic that will warm your bones during the winter. 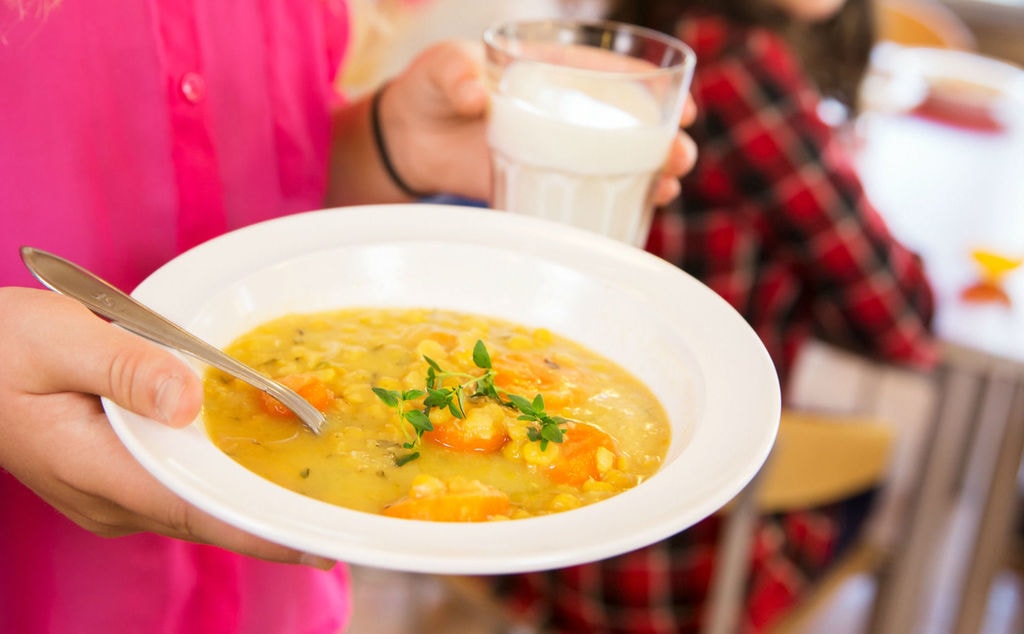 Take one rotisserie chicken, shred it, and add whipped cream, Italian herbs, roasted peanuts, chili ketchup, fried bacon, and sliced banana. Yes, you read that correctly: sliced banana. Layer everything in a baking dish and chuck it in the oven and you have one of Sweden’s strangest comfort dishes.  Every family has their own version of Flying Jacob and while it may sound pretty gross, it’s actually quite tasty. This dish also has a healthy reputation for curing even the most hideous of hangovers. 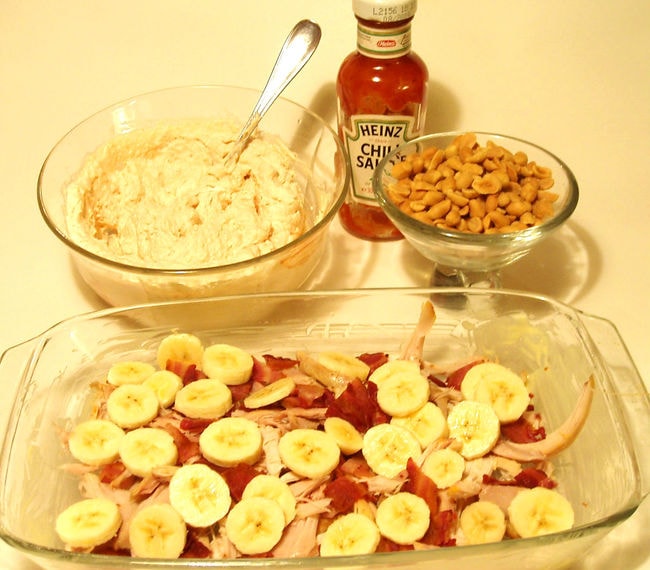 These tiny veal and pork sausages are spiced with nutmeg, ginger, and white pepper and mostly served during the holidays, although as soon as the cold weather arrives they’re in all the shops. They offer a mild flavor and are usually fried in butter and served with a spicy mustard, although kids often opt for ketchup. 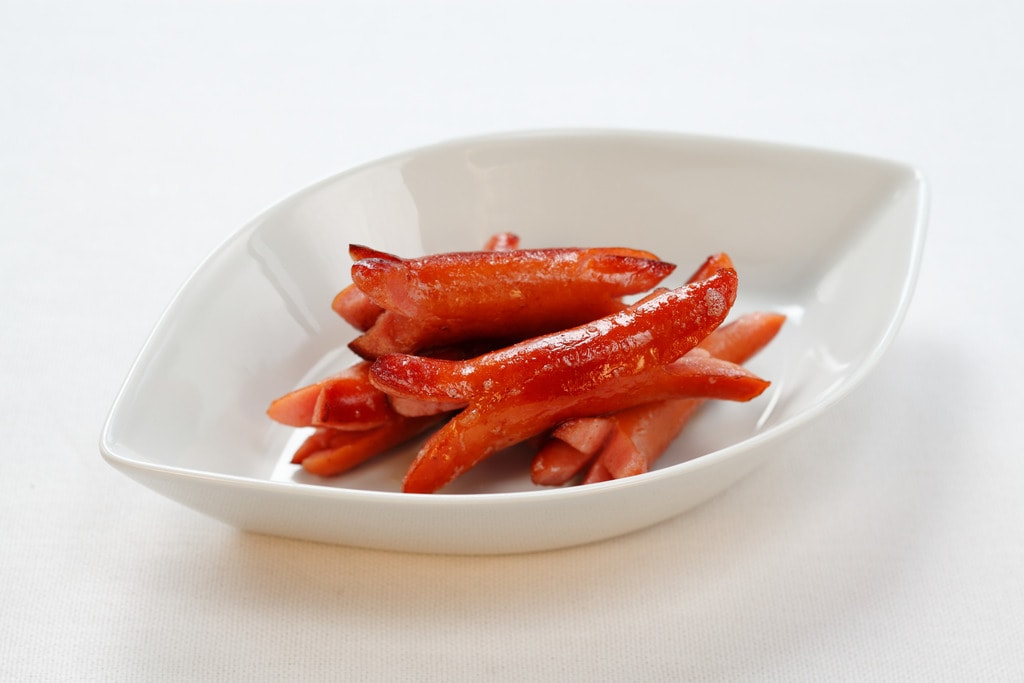 Brought to Sweden by wayward King Karl XII after he spent some unexpected time in the Ottoman Empire in the early 1700s, this dish uses cabbage leaves rather than vine leaves. After boiling the leaves they are stuffed with ground meat, onion, rice, various spices, and sometimes tomato and other bits.  The rolls are then fried and served with a slightly sweet and thick sauce, along with lingon sauce and mashed potatoes. 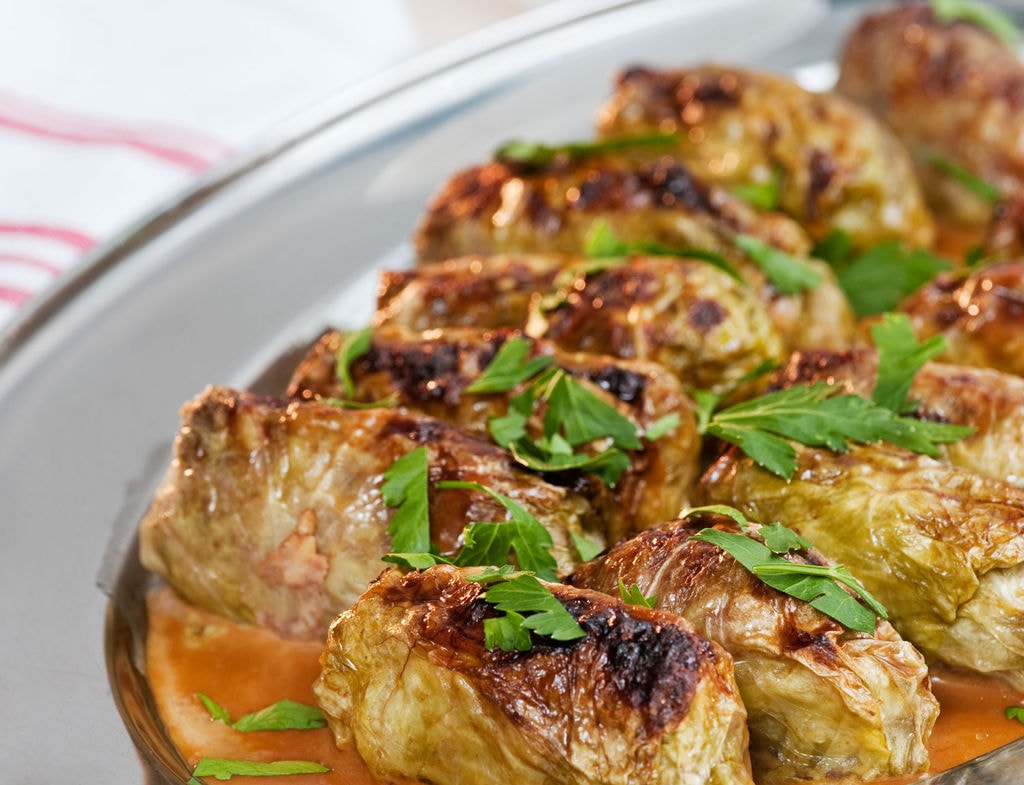 No list of comfort foods in Sweden is complete without meatballs. There are plenty of different recipes but essentially you need a couple of different ground meats, some spices, breadcrumbs, onion, maybe some cream, and then you can fry them up and serve. Then, of course, the question is: how do you serve them? The classic spaghetti meatball and ketchup? Or do you serve them with boiled potatoes, cream sauce, and lingon sauce? It’s all up to you. 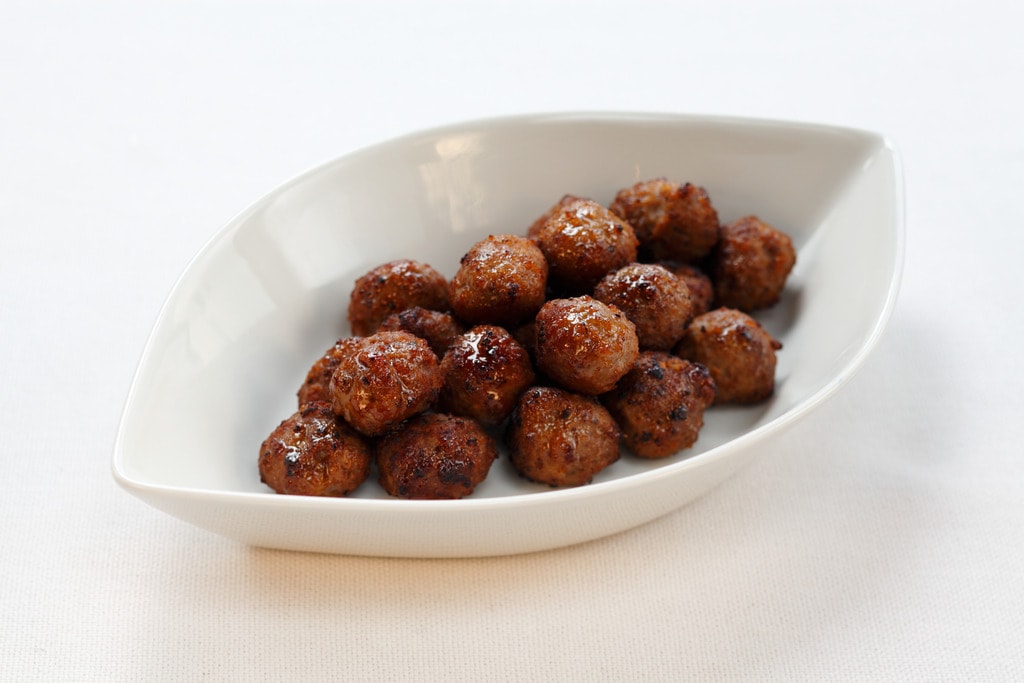