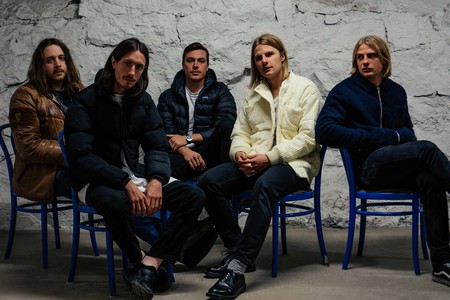 When it comes to translating the lyrics to your songs, most bands go to great lengths to make sure they’re perfect.

But one Swedish group is relying on just the power of Google Translate.

As well as their native Swedish, the track has also been recorded in English, French and Spanish, with the help of an improved version of Google Translate.

The band, who are fronted by William Hellström and Robert Jallinder, will be taking their ‘Translate Tour’ to London, Paris and Madrid this week.

Hellström revealed he was more than impressed with the different versions: ‘The English translation turned out flawless and is basically completely correct, even grammar-wise, which was quite a surprise. The French and Spanish versions too. I love hearing the songs now. They make sense to me. The words melt.’

The singer claimed the response from fans has been great so far, with the French and Spanish versions going down a treat.

‘[There have been] a lot of comments around my – or my lack of – local accent. I obviously just tried to do my best. Maybe they’re just being nice,’ he joked.

Vita Bergen teamed up with Google on the single and tour, to bring Sweden’s music industry into the spotlight and try to break down language barriers internationally.

The band was formed in 2010 in Gothenburg and released their debut album Disconnection in 2015.

Talking about the tour, Hellström said: ‘It could be such a great way to communicate on a whole different level with people in their native language. We just couldn’t turn this down, it is such a solid idea and it is the first time it is being done on this level.

‘Also the fact that both the algorithm and the language itself might affect the way the lyrics are interpreted is an experiment on it’s own! The tour itself will hopefully be so much fun.’

Hellström, who is currently in medical school, says he uses Google Translate on a weekly basis for his studies, and that it also comes in handy when he’s doing interviews.

‘Sometimes I just need a quick translation of a word or a sentence. When we’re doing live interviews in German and Spanish, I sometimes use it on the spot actually.’

But sometimes the service doesn’t get it quite right – with hilarious results.

‘Sometimes words turn into quite fun translations. Some Swedish slang words are not really registered in the dictionary. In western Sweden, the name for school canteen is bamba. It gets translated into “BambaSydney” which sounds like an indie band I would check out. Or maybe I’ll use it as my new DJ name.’

Vita Bergen are performing in London this Friday at Paddington Central. For more information click here.