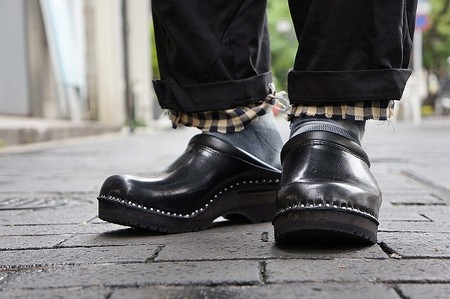 The aesthetic of Sweden‘s best loved brands – from Cos and H&M to CMMN SWDN and Acne – pervades high streets and catwalks alike, and articles waxing lyrical about Scandi style are abundant. Often unfairly overlooked, though, is one of Sweden’s most underrated exports: the clog.

Enter the humble shoe: thick, clunky and something that was only ever worn by diligent gardeners, the Swedish shoe has not historically sold itself as a sartorial staple. Yet as with most Swedish minimalist style, the unassuming nature of the clog should not negate its necessity in your wardrobe. And yes, clogs are Swedish (you only need to consult ABBA’s ‘The Clog People‘for conclusive proof).

A Brief History of the Clog

While the first recorded clogs were from the Netherlands in the 1200s, this traditional shoe was prevalent throughout Europe. Unlike the Dutch version (traditionally made with a closed back), Swedish clogs are not only the preserve of overzealous tourists and remain fashionable to this day. There’s a reason the savvy Swedes have decades of experience with these shoes. Initially, the shoes were worn by those who needed protection from harsh weather and outdoor conditions. The shoes, which were especially popular in the south of Sweden, were made from blocks of wood, the most accessible and cheapest material available at the time. By the 70s, clogs had moved from being the preserve of factory workers and farmers and assumed a far more fashionable reputation. Abba even partnered with Tretorn to create their own line, and the production of the shoe exceeded half a million pairs a year. Having become an emblem of 70’s style, the clog seemingly went into retirement before Viktor & Rolf dug them out for their A/W 07 collection. Karl Lagerfeld et al followed suit and voila, the clog sauntered onto the feet of fashionistas once more. 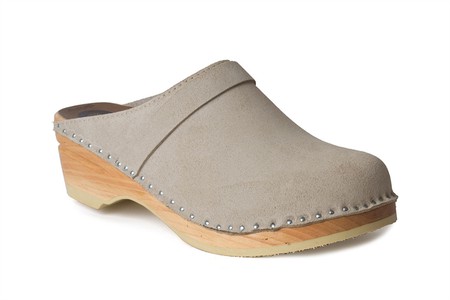 Why Clogs Have Made a Comeback

Thanks to a 70’s revival in fashion, the clog has come back to the mainstream. As with trainers, the clog is a shoe you can thoughtlessly slip on and enjoy versatile city life without worrying about breaking your ankle. Thanks to a sturdy combination of a wooden base, rubber sole and leather, there’s more support than a slipper, more stability than a wedge and sturdier toe protection than a loafer. Like the seemingly unstoppable rise of the trainer the clog offers style kudos without compromise. Unlike your beloved pair of Stan Smiths, however, there is a break-in period in which you have to soften the wooden base. Think of this as the ultimate dating process for your feet; at the start uncomfortable and uneasy, but once they get to know each other, you’ll find that the foot and clog are soul mates. A traveler’s best friend, loved clogs will help wearers to slink around galleries in Florence, navigate hot sands on Greek Islands or explore the wilderness of the Scottish highlands. 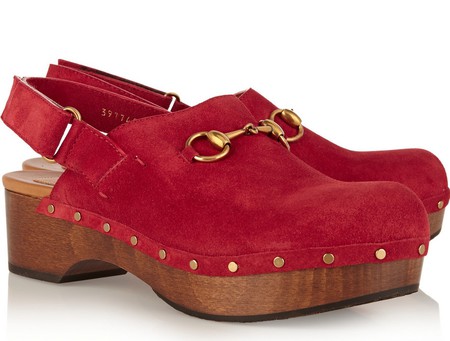 Early adopters will already realize the versatility of the clog: the platform extends the leg, the closed toe is polished and the slinky open back rivals the mule for on-trend prowess and allows an exposed ankle bone to shine. In spite of their construction, there’s a delicacy to the shoe, allowing for seamless day-to-night transition. Couple a neutral pair of Troentorp’s with Marques Almeida’s boyfriend fit linen trousers for an easy daytime look, or go bold and marry Gucci’s re-imagined pair in goats hair with a Sonia Rykiel AW16 frill-filled dress. Whatever your preference, the clog is the only Scandi staple you need to sport this summer.