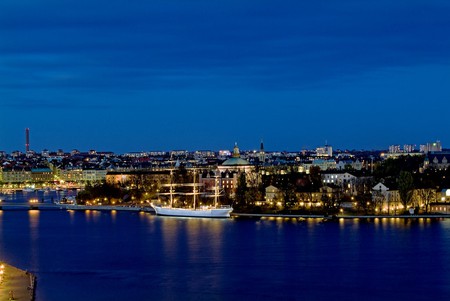 There is always something to do in Stockholm. It might not be a city of the size of London, Paris or Berlin, but in terms of the events hosted by the city, it can compete with any other in Europe, with the vast number of events to choose from. This can make it easy to miss a special exhibition, a brilliant sporting event or a great concert in the city. Here then, are 14 of the best events you cannot miss this winter. From gigs and art shows to sports, Stockholm has it all.

Magic of the City

Describing itself as, “an exhibition the likes of which you have never seen before,” Magic of the City, which runs from 15 January until 4 March, is designed to show some of the most interesting and unique pieces of street art. They aim to cover a range of different topics from social to political to critical. The pieces exhibited are in a variety of formats including graffiti, augmented reality, anamorphic art and murals. It is located in Stockholm Exhibition and Trade Centre and can be easily reached by bus. 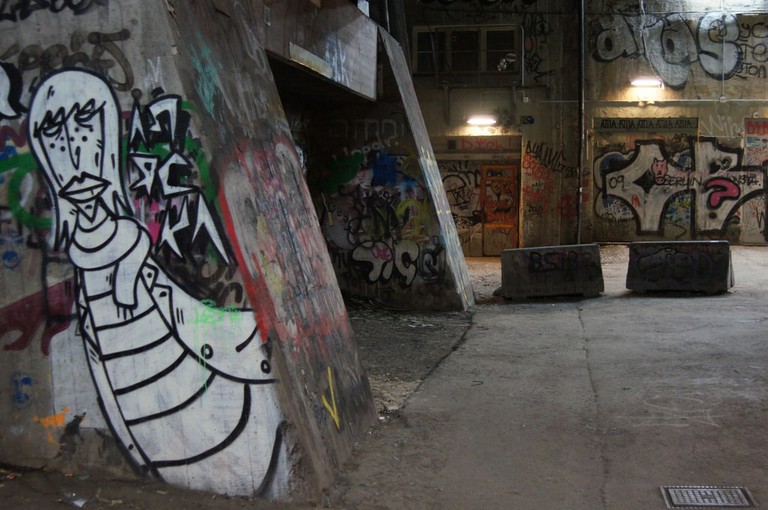 There is some great street art in Stockholm | © Fredrik Ruben / Flickr.

Liljevalchs konsthall is known for a number of things, but is most famous for its annual art exhibition, the Spring Salon which runs from 12 January until 25 March, which showcases the work of a number of different artists and kickstarts the artistic year. What makes the Spring Salon so special is the fact that it aims to promote all different kinds of work from various sectors of society – older people and younger people, painting and tapestries, even sculptures. So if you go to the Spring Salon, you are guaranteed to see something that you will enjoy.

On the 23 January, The Army Museum in Stockholm will host an exhibition where the guns are replaced with guitars and the mortars with microphones as they take a look at the way military uniforms have become a part of pop music. Jimi Hendrix, The Beatles, Madonna and more have worn military garb on stage, and the connection between the world of pop and the military will be explored in depth in this exhibition. The museum is right in the centre of the city and is in a beautiful building that also has an excellent café. 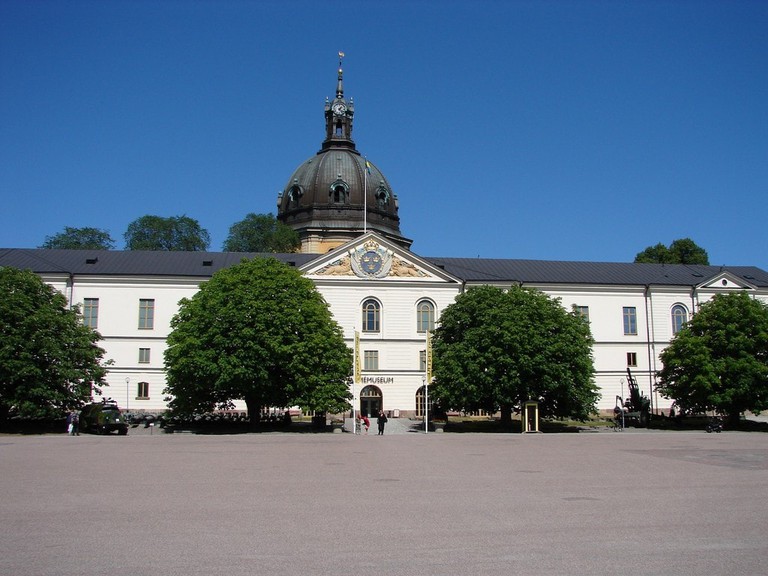 Despite the fact that winter can mean low temperatures and the need for lots of clothing layers, Stockholmers still love to get outside and experience the elements during January and February. One of the best ways to see the city is by boat and the winter doesn’t stop the tours running. The Stockholm Winter Tour, from 15 January until 29 March, takes you around the city’s quays and out to a small group of islands in the archipelago. It has a cosy inside area if you don’t want to brave the cold, but if you do decide to hit the top deck, there are blankets, rugs, hot drinks and even soup to keep you toasty.

Fotografiska is one of the most popular attractions in Stockholm – the renowned photography gallery is so well-loved that it will soon be opening another branch in London. Its latest exhibition, Fearless and Fabulous (on now, until 4 March), is by Chinese photographer Chen Man and explores the current image of China as well as Chen Man’s career. Despite being a woman in a traditionally male-dominated, conservative society, she has not only reached the top of her field but has also changed people’s views on Chinese photography. One of the country’s most popular actors, Fan Bingbing, is such a fan of Chen’s work that she is the only photographer she will work with. 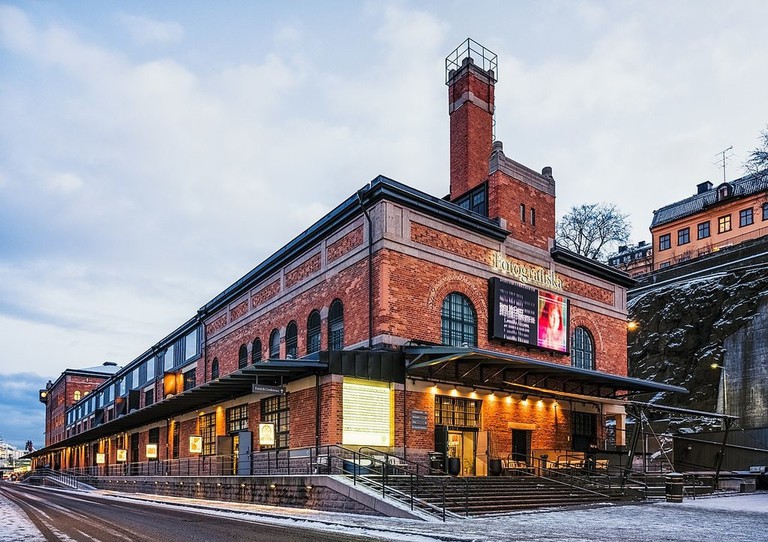 Stockholm is a great place to grab antiques with a range of stores to cater for all tastes and budgets. So, it is no surprise that Northern Europe’s largest antiques fair is held in Sweden’s capital (from 15-18 February). There will be a wide variety of sellers and experts at the event, so you are sure to find an item or two to fall in love with. If you just want to go for advice or get the opinion of specialists about an antique you already own, you can also do that. This fair is one all antiques-lovers shouldn’t miss!

One of the most popular alternative bands doing their thing right now, Alt-J are coming to Stockholm for another visit and will bring their unique sound to Annexet, the second biggest room at Globen, one of Stockholm’s largest concert venues. It is a great chance to go to one of Stockholm’s most exciting and unique venues without having to pay big money to see megastars like Beyoncé, who usually play the larger room in Globen. Alt-J will be playing on 28 January and there are tickets still available – the band is well worth seeing. 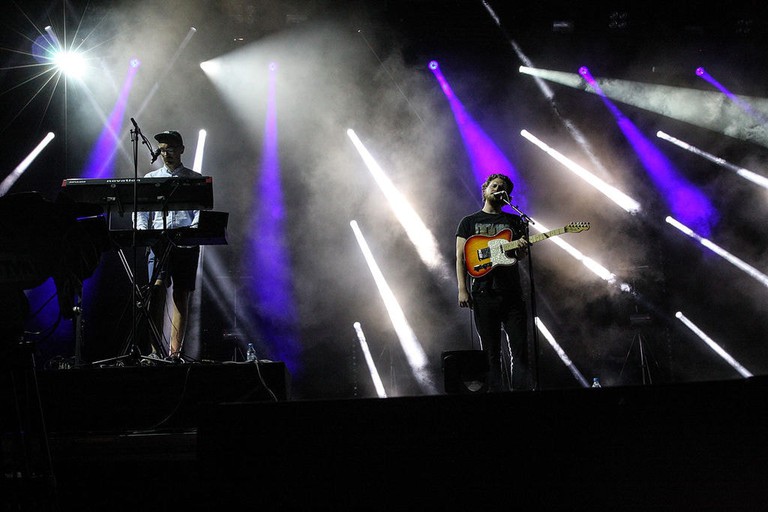 Ingmar Bergman is one of Sweden’s most famous sons, having directed a number of classic films, with three of his movies picking up Oscars for Best Foreign Language Film. This year would have been his 100th birthday and to mark the occasion, the stunning and centrally located Hallwyl Museum will be showing a collection of costumes from his films, focusing specifically on the female characters with whom his films are most closely associated (on now, until 18 March).

2017 was an amazing year for American musician Khalid. He released his debut album, American Teen, to both critical and commercial success. He treads the line between Frank Ocean’s beautiful neo-soul and classic R&B. He will be playing in the same venue as Alt-J, Annexet, on 1 February and it is guaranteed to be a special night with an artist of his talent coming to town! Catch him now before he really hits the stratosphere and begins playing much bigger venues! 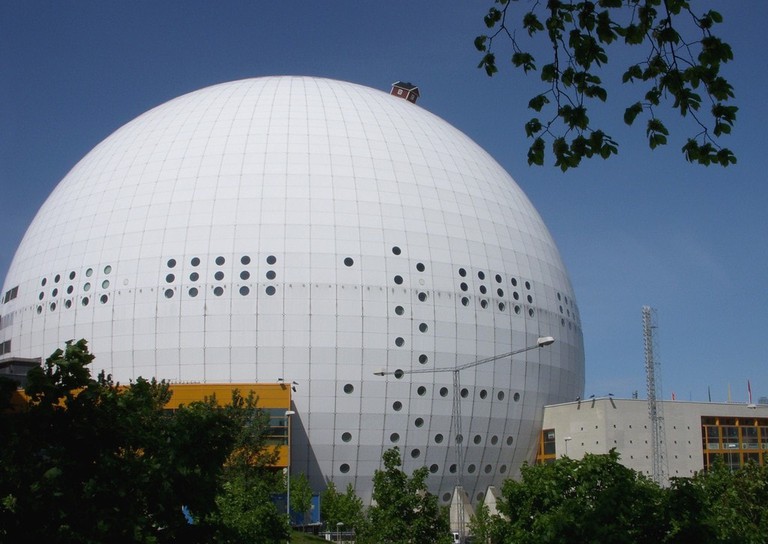 Khalid will be playing in here | © Holger.Ellgaard / WikiCommons.

Sweden struggles a little at the Summer Olympics. In 2016, they only managed to pick up two gold medals with just 11 medals in total. For a country as proud of its sports as Sweden is, it was not a particularly good haul! However, when it comes to the Winter Olympics, they are much better, gaining the ninth highest number of medals in 2014. This exhibition at the museum of Science and Technology (on now until 18 February), looks at a number of different winter sports, allowing you to learn about the science behind them, try them out at different stations and play with other interactive exhibits. For the sports-mad people out there, this is the ideal day out!

The world’s best skiers will be coming to Stockholm on 30 January to show of their skills and compete as part of the AUDI FIS World Cup circuit. The competitors travel across the world competing across the course of the year with Stockholm one of its first stops. It is held at Hammarbybacken and is a parallel slalom event meaning two competitors race downhill at the same time but on different courses. It is one of the highlights of the skiing year. 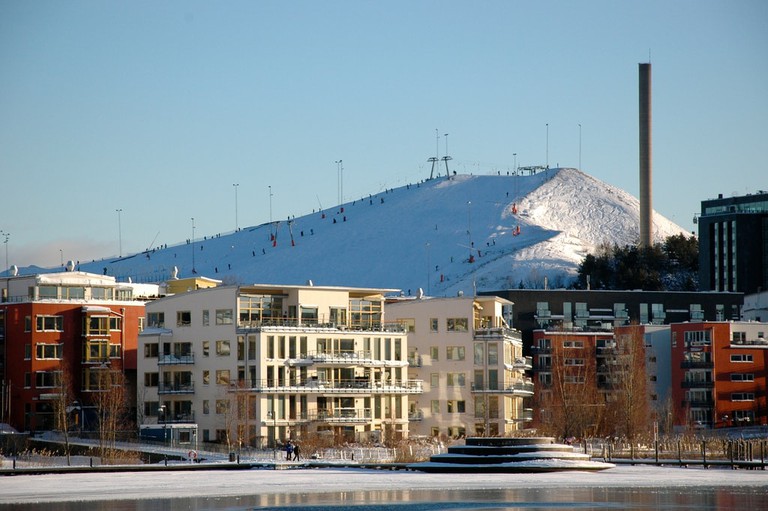 The competitors will be hitting these slopes | © Daniel Hansson / Flickr.

Scandinavia has always been known as a mecca for design and Stockholm Design Week is an annual celebration of that. There are different kinds of events all across the city from gallery shows and cocktail parties to showroom collections. There are so many different ways to engage with all things Scandinavian and for one special week, from 5-11 February, the city becomes the centre of the design world. Held at various location across the city, check out the programme here.

The Nobel Museum is a fascinating place to learn about the history and ideas behind the Nobel Prize. It also hosts excellent and challenging exhibitions that give an extra insight into the people behind the prize. Literary Rebellion (on now until 21 June) features photographs of 12 Nobel Prize winners in literature and explores their influences, as well as the ideas that inspired their award-winning work. 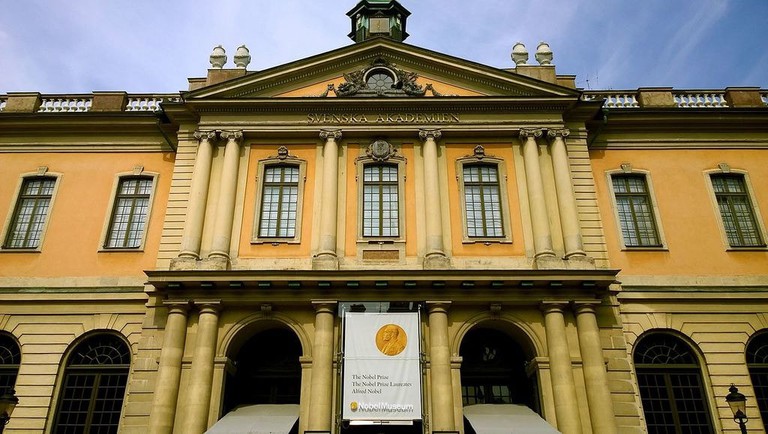 Folk music has always been an important cultural signifier for Sweden. Folk music is played during national holidays and important events and is an integral part of Swedish life. Modernity has changed the way people create and listen to music so this exhibition, at Stockholm Culture House (on now until 28 January), looks at how Swedish hip-hop has updated and changed folk music and become an important way for Swedes to express themselves.