Stockholm Stadsmuseet | © Holger.Ellgaard / Wikicommons
For many people, Sweden used to be associated mainly with flat-pack furniture, progressive politics, Eurovision-winning pop bands, tennis stars and a chef on the Muppets. However, the early years of the 21st century brought with them a new cultural phenomenon that has spawned countless books and films, created new superstars and brought the Swedish language into homes across the world: Nordic noir.

Nordic noir is a slightly nebulous concept, and it is a little unclear exactly when it started, but the first breakout success of this subset of crime fiction was Stieg Larsson’s Millennium trilogy that began with The Girl with the Dragon Tattoo. Larsson’s novel was so popular it was made into an English-language film starring James Bond actor Daniel Craig. This boom has continued, with shows such as The Bridge and Beck becoming popular outside of Scandinavia, and has created new intrigue and interest in Sweden.

It has also encouraged people to come and visit the country and the cities that these iconic characters inhabited. Several popular Nordic noir stories are based in Stockholm, giving lovers of all things dramatic the opportunity to see some of their favourite spots from the films, books and TV shows they adore. Here are six of the best places to check out.

Museum
Blomkvist's apartment building | © Arild Vågen / Wikicommons
As one of the main characters in Stieg Larsson’s trilogy, Michael Blomkvist ensures that he has a beautifully located apartment to go back to at the end of a tough day of hard work at Millennium magazine. Blomqvist’s apartment is on Bellmansgatan on the lovely island of Sodermalm, where much of the action of Larsson’s books is set. Blomkvist is also lucky enough to live just a ten-minute walk away from the offices of Millennium, which are on the corner of Hokens Gata and Gotgatan. The book notes how much he treasures his apartment, which he bought in the 1980s, so it is the perfect place to start your exploration of Stockholm’s noir spots.
More Info
Open In Google Maps
1 Bellmansgatan, Södermalm Stockholm, Stockholms län, 118 20, Sweden
View menu
Visit website
Visit Facebook page
Send an Email
Give us feedback

Sweden is one of the world’s top ten largest per capita consumers of coffee, so it’s no surprise that Blomqvist is often found in a coffee shop trying to get his head around the latest story he is researching. Mellqvist Kaffebar, just off one of Sodermalm’s largest shopping streets, Hornsgatan, was the place he would get his caffeine hit. It was also a favourite of the author, as Stieg Larsson worked at a magazine called Expo, whose offices were just above this café. This place is therefore a particularly important spot both in the real and fictional worlds of Stieg Larsson.

Blomqvist’s crime-solving partner Sandler also has an apartment with a fantastic location, a short walk away from many of Sodermalm’s most popular spots. At the end of the first novel, Sandler decides to purchase a new apartment, on the top floor of a very distinctive green-topped building on Fiskargatan 9. The apartment is in a leafy and exclusive neighbourhood in Sodermalm and is a lovely part of town to visit. It is right next to one of Stockholm’s most beautiful churches, Katarina Church. 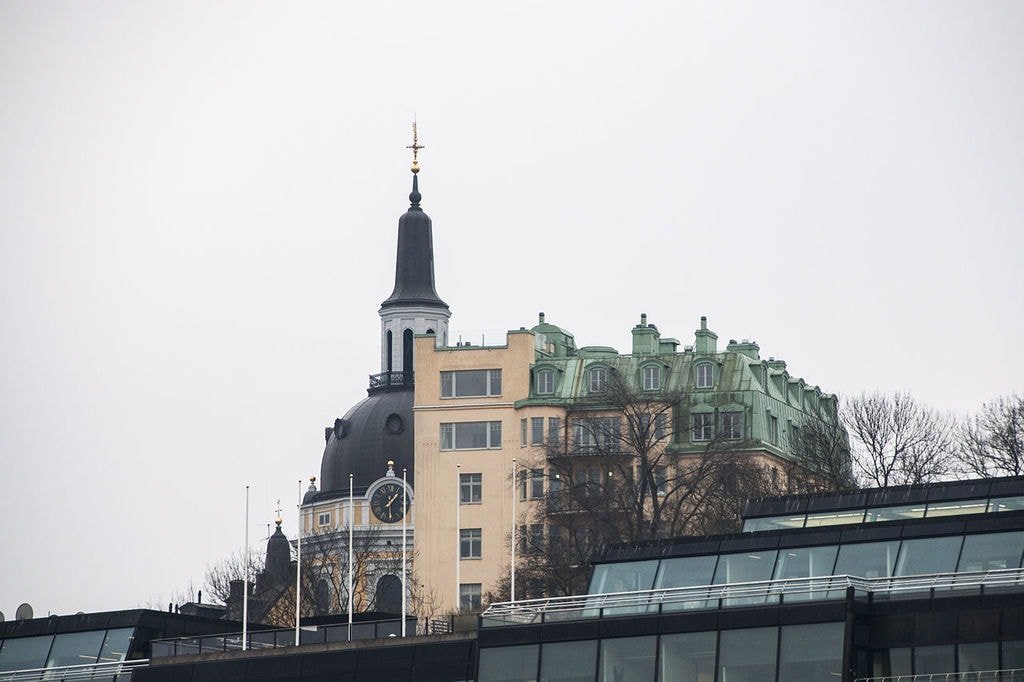 Away from the Millennium trilogy, some of the longest-running and most popular pieces of Nordic noir are the books and TV shows made about Stockholm detective Martin Beck. Its creators, Maj Sjowall and Per Wahloo, are two of the most important figures in modern Swedish literature. In the film and TV adaptations of the books, Beck is often seen in his apartment, or talking to his neighbour in his apartment building. Beck lives at Bergsunds Strand 31, right by Hornsgatan metro station. From the street, you can see the balcony where he was often filmed being offered a nightcap by his eccentric neighbour.

There is a degree of debate over whether Let The Right One In, the novel and 2008 film, is a piece of Nordic noir, as it is not strictly a detective novel. However, it is about crime, and does include an investigation, and thus has made its way into many lists of the best works of Nordic noir. The book is set in Blackeberg, a suburb of Stockholm that you can reach by metro in less than 25 minutes from the Central Station. The restaurant Kinakrogen is an important meeting place for characters in the book. In real life, it is an excellent Chinese restaurant, so could be a great place to grab some food as you explore. 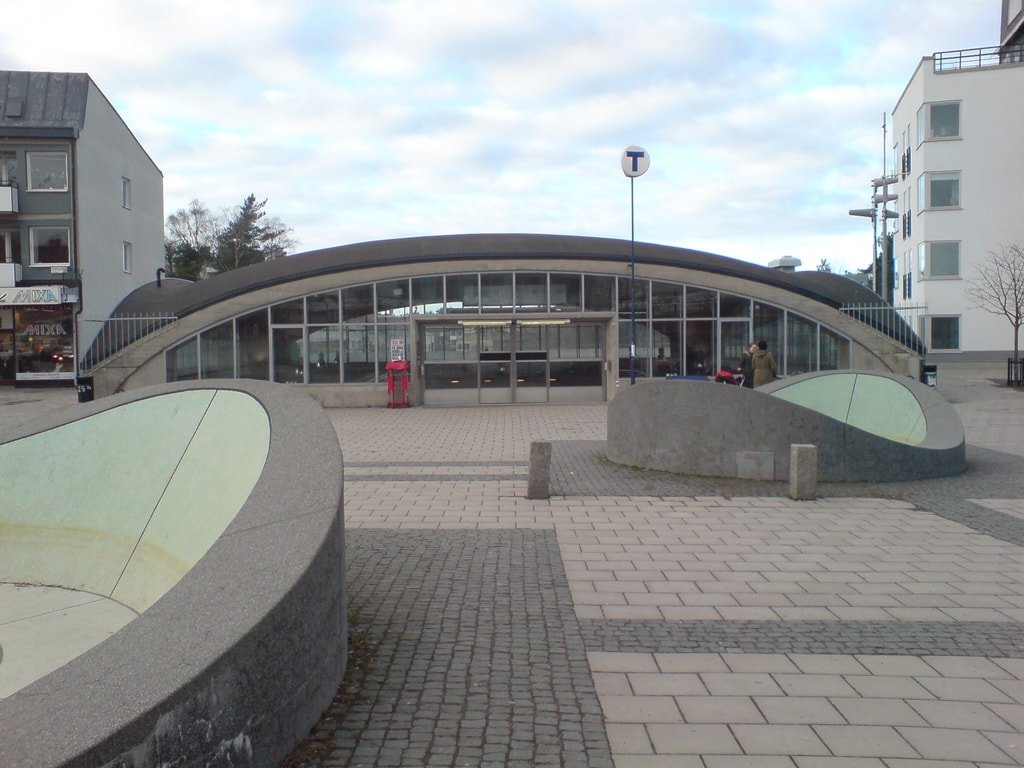 If you are making the trip out to Blackeberg, there are a number of other places to check out in the area, and Ibsengatan is one of the most important. Let The Right One In revolves around the friendship between two boys, Oskar and Eli, and this is the street on which both of the boys live. It is only five minutes’ walk from the metro station and is arguably the book’s key location. As with the Millennium trilogy, the book was so popular that it was made into an American film as well as a Swedish one, and now has been adapted for the stage. Blackeberg is well worth the visit to see where the author, John Ajvide Lindqvist, was born, as well as the place where his story was set. The author grew up in Blackeberg, and the story is heavily influenced by the place.