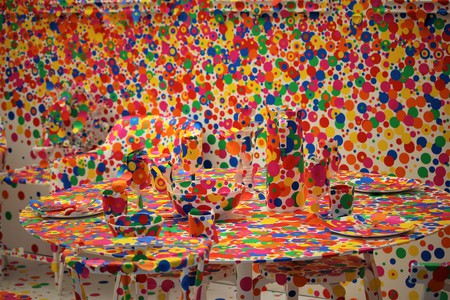 Judy Chicago’s Car Hood, which uses bold colours and references classic southern California pin-striping, was made using techniques the artist learned at auto body school. Chicago has said that the imagery is a nod to male and female forms, a reflection of the challenges she has faced in the male-dominated environments of both the car shop and art worlds in LA. 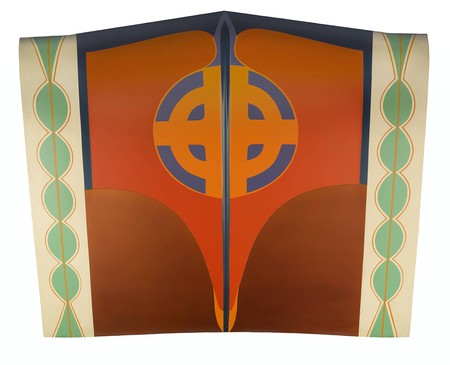 Norwegian-Swedish artist Öyvind Fahlström may have been born in 1928, but his work continued to not just be relevant throughout his life but it also was able to evolve. ESSO-LSD was created when Fahlström moved to New York in the early 60s in the midst of the American pop art movement. Unlike his American counterparts, though, his work addressed social and political issues in a playful manner. The piece is made up of two plastic signs with the exact same colours and identical graphic layout: one is the logo of oil company Esso, the other is the psychedelic drug LSD. 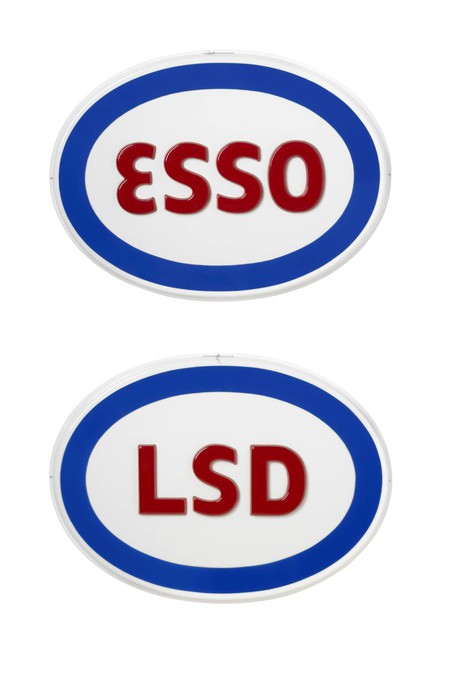 Countless Swedish artists have found inspiration in Stockholm‘s Slussen area and Sigrid’s Hjertén’s Utsikt över Slussen (View over Slussen), which exemplifies her personalised approach to painting, is no different. Hjertén studied under Henri Matisse (rumours at the time named her his favourite student) and was influenced by both his and Paul Cézanne’s relationship to colour. 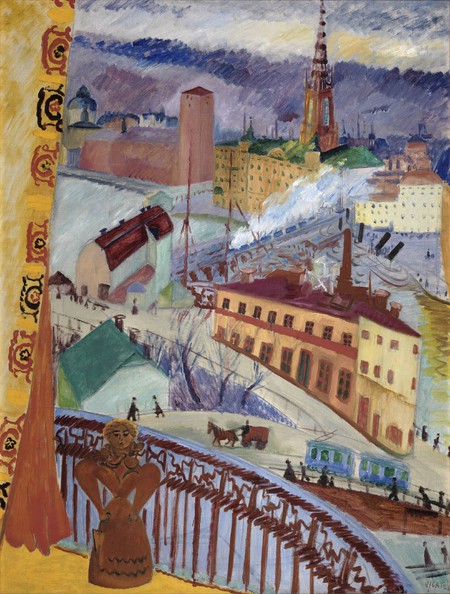 Anna Kagan studied under Kazimir Malevich at art college in Vitebsk, Belarus from 1919 to 1922, where the Russian abstract art movement Suprematism he founded heavily influenced her. The rigorous cubism of Malevich is evident in this work. Vitebsk was the Soviet Union’s answer to Paris and while authorities clamped down on avant-garde exhibitions following the death of Lenin, Kagan continued to work with abstract paintings throughout her life. 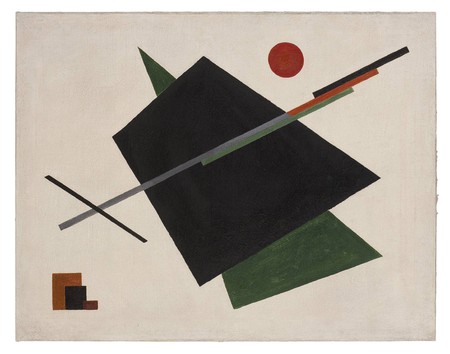 I Love You with My Ford

James Rosenquist’s I Love You with My Ford combines American consumerism, the ultimate macho muscle car, and the simplicity of a convenient canned spaghetti dinner and uses them as a critique of middle America and the overwhelming consumerism that gripped the country in the post-war era. When taken individually, the images mean little. Together, they make a powerful statement. 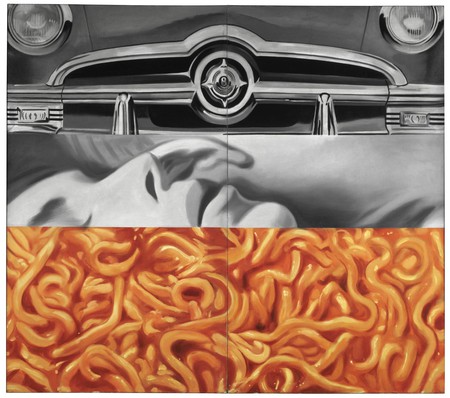 Le Paradis Fantastique is a collection of nine monumental sculptures by Niki de Saint Phalle, and six animated sculptures and machines by Jean Tingly. The work, found in the area outside Moderna, was commissioned for the 1967 Montreal World Exhibition. The two artists were actively supported by Pontus Hultén, director of Stockholm’s Modern Museum in the 1960s, who risked his job by actively encouraging their work. The artists donated the collection to the museum in 1971.

Some say Constantin Brancusi invented modern sculpture. His deceptively simple Le nouveau-né II (The Newborn II), from 1920, is a sculpture in perfectly polished white marble that represents purity of sculptural form. His work broke from the traditional sculpture that used models, creating gently curved lines unexpectedly broken by flat surfaces, which is perfectly exemplified in this piece. 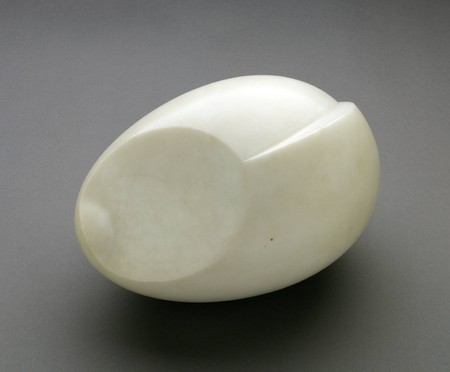 Louise Bourgeois has always been a difficult artist to pinpoint. Beginning as a painter, she gave up painting in the late 1940s to focus all her energy on sculpture. Her painted wood and stainless steel piece Pillar, from 1949, is an early example of the symbolic content in her work — it reflects her state of mind when living in a cramped New York City apartment with her husband and three children.

This stunning and massive mobile sculpture by Alexander Calder sits in the sculpture park outside the front doors of Moderna Museum. It’s another daring work bought by director Pontus Hultén and the four motorised sheets have become something of a symbol of the museum. Calder donated the work to the museum in 1967. 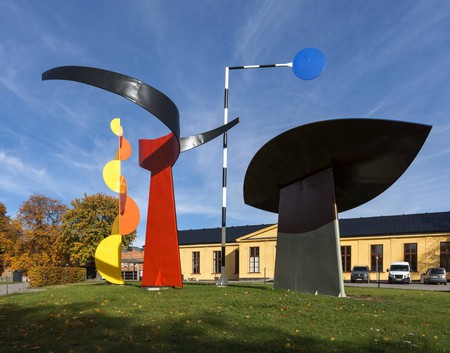 Marcel Duchamp’s La mariée mise à nu par ses célibataires, même (The Bride Stripped Bare by Her Bachelors, Even), often called Le Grand Verre (The Big Glass) stands nearly three meters high and took eight years to complete. It works as a kind of catalogue of elements and visual and linguistic motives that had interested him during his most productive period, and it highlights art as a thought process — a key aspect in Duchamp’s work — connected to conceptualism. 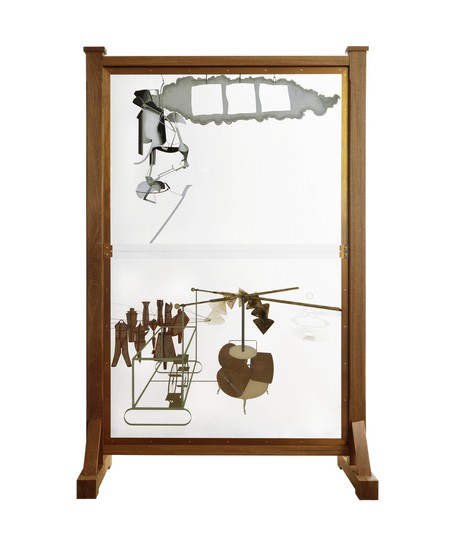