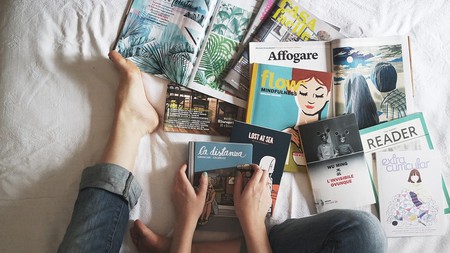 Stockholm is a great place for creatives, with many artists, musicians and writers coming from the city, and one of the best examples of its desire to make exciting content is its magazines. From fashion to architecture to sport, you are sure to find something published in Sweden’s capital that you will love. Here are eight of the best.

A very fresh and exciting new magazine produced in Stockholm, BOY is a fashion publication that aims to turn the tables on the objectification of women by being all about, as their website puts it, “objectifying the man.” It aims to produce not only a beautiful fashion magazine, but one that also makes an important difference in the world. It doesn’t seek to make any profit, with all of its proceeds going to an LGBTQ charity called The Rainbow Fund. The Rainbow Fund is based in Sweden, but its work goes beyond the Nordic countries, with donations given to LGBTQ groups across the world, most recently in Uganda and Russia.

Long known as the magazine read by the majority of architects in Sweden, Arkitektur is written in Swedish, but it’s not really the articles that you pick it up for. The magazine is full of stunning pictures of all kinds of innovative, exciting, and unusual architectural sights. If you are interested in buildings and creative solutions in construction, it is the perfect magazine. Despite being around since 1901, it has been constantly updated and thus has always moved with the times, making each issue feel fresh and new.

A post shared by Tidskriften Arkitektur (@tidskriftenarkitektur) on Jan 24, 2018 at 4:04am PST

Meaning, “women country,” TjejLand was inspired by the old Swedish concept of syjunta, which was a sewing circle where women would meet and socialise. It was a place where women could speak freely and created tight-knit circles during the middle of the 20th century. TjejLand aims to create a similar kind of bond and space for female photographers and female lovers of photography to share their ideas and creations. Each issue only has 200 copies, and features many beautiful photographs. It is a perfect coffee table zine.

Sauvage is a classic food fanzine that was created by Stockholm influencer @detoxlife, who has worked hard to create food, and a culture around food, that encourages people to eat a more plant-based diet. Her real name is Johanna Ljunggren and the first issue of the fanzine, which came out in 2016, is the best one to read to get an introduction to her and her work. It shares some of her favourite recipes, as well as talking about the inspiration behind them.

This magazine is technically not from Stockholm, but their third issue is all about Sweden. It is a reimagining of the football fanzine, with each issue going to a new country to explore what makes football culture unique there. Sweden has its own great football fanzines, but they are all in Swedish, so if you want to learn more about football in Sweden, Glory is your best bet. It features articles about clubs in Stockholm, as well an interview with Kennedy, a legendary player with one of Stockholm’s biggest teams, Hammarby. Alongside football, it highlights great places to eat in Stockholm, as well as breweries to check out. 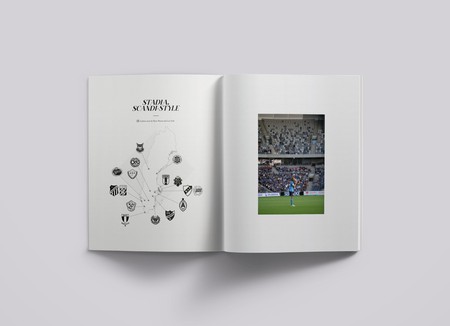 Glory has a lovely design | Courtesy of Glory Magazine

This is the kind of magazine to keep on display. It’s one that you carefully read the pages of to avoid creases and smudges, and it’s the kind of magazine that you show off to all of your friends. Both inside and out, Scandinavia SSAW magazines are exquisitely designed and contain some great articles and photos about culture and fashion in Scandinavia. They are biannual, with contributors based both in Stockholm and London. Each magazine is limited to a run of 5,000 making them near-collectors’ items.

If there is one thing Stockholm, and Scandinavia in general, is known for, it’s interior design. It is a region that has always been at the forefront of crafting minimalist but exciting interiors, leading to a rush for Scandi design items. My Residence celebrates this with an annual magazine that takes a look at some of the most spectacular and unique Scandinavian interiors. In their latest issue, they visited the houses of 13 different creatives and discussed their spaces, as well as what design meant to them and how they decided on the design of their homes.

With 125 pages of pure fashion writing and photography, Intermission is a magazine for people who love clothes, excellent photography, and interesting articles about fashion. Each magazine contains in-depth discussions with people at the forefront of creating the latest and greatest pieces. In one recent issue, they sat down with achingly cool Stockholm brand Eytys, who craft some of Stockholm’s coolest shoes. For anyone interested in fashion, this is a must-buy.

A post shared by Intermission Magazine (@intermissionmagazine) on Dec 9, 2015 at 7:27am PST