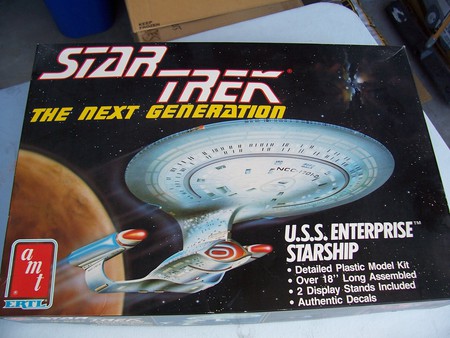 "Star Trek" is loved across the world | © Stefan Groves/Flickr

The world of Star Trek is one steeped in lore and in a passionate devotion to a series that has given joy to so many people. For those out of the immediate sphere of truly dedicated fans, the level of commitment and love can be a little confusing.

However, it is wonderful to see the levels fans will go to in order to spread the pleasure that they get when they watch Star Trek. This drive and desire to create fun and exciting experiences for fans of the show has now spread to Stockholm, where the world’s first Klingon tourist center will open on February 3 and will remain open until March 24, that is, as long as the Klingon’s decide not to wage war on earth before then! 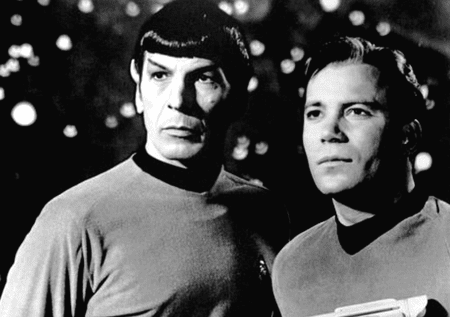 The Klingons are key figures in “Star Trek” | © NBC Television/WikiCommons

For those not in the know, the Klingons were one of the most feared and loved aspects of Star Trek, with many fans taking their devotion for this alien race to extremes. The Klingons were often pitched against the heroes of Star Trek, aiming to conquer and enslave other races and planets. Their governance was totalitarian, meaning they were aggressive and ruthless in their quest for domination. They are, in short, the perfect T.V. antagonists and managed to appear to be threatening and at times truly scary.

One aspect of the Klingons particularly interested people and that is the fact they had their own language. It has so enthralled people that Marc Okrand, an American linguist, created a guide to the language, which has been expanded and tweaked by fans to the extent that some can now speak Klingon. 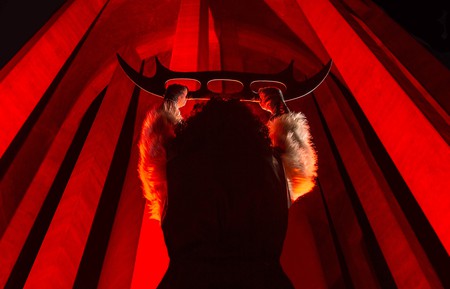 The language is just one of the many things you will get to experience at the exhibition, titled “Visit Qo’noS” and hosted by Turteatern, a theater based in the south of the city. Turteatern has always been known for pushing the boundaries and promoting experimental ideas—of which this is certainly one.

When asked why they chose Stockholm to be the home of their visitor center, Nils Poletti, a representative of the Klingons, told Culture Trip, “because the climate here in the north in many ways resembles the Klingon homeworld weather. And also the fact that Sweden has lived at peace for 200 years, which for a Klingon warrior is hard to master.”

The exhibition will feature performances of Klingon Opera, Klingon cuisine tasting sessions, and information on the history of the Klingons. There will even be talks about Klingon customs and tips about how to interact with one of the galaxy’s fiercest groups. It is all presented as a live exhibition, where the members of the Klingon Institute of Cultural Exchange perform for the audience and act as their guides. 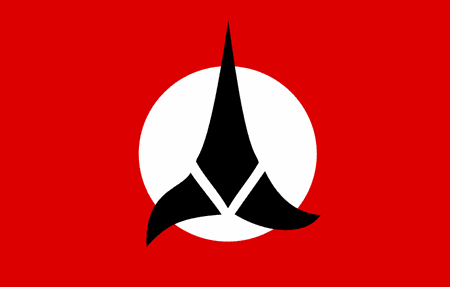 The flag of the Klingon Empire | © Oren neu dag/WikiCommons

The show will have 27 performances between February 3 and March 24 and it is a ticketed event, so make sure to grab one before going—you’ll find them here. The official website features detailed information about each event and is helpfully written in English, Swedish and, of course, in Klingon.

It is hosted by the tourism arm of the Klingon Cultural Exchange, Visit Qo’noS, who are committed to getting more people to learn about Klingons and hopefully, one day, make a trip to the Klingon homeworld. Their spokesperson also wanted to make clear that “You don’t need to be a Trekker to enjoy Klingon culture.”

For now, you will have to go to Karrtorp in order to experience the charms of Klingon ambassadors: BanShee, Mara, Morath, and Klag, who will all be in attendance. It is very easy to get to Turteatern—you simply hop on the Green Line headed for Skarpnack and get off at Karrtorp. You exit the station in Karrtorp’s main square where Turtearn is located. 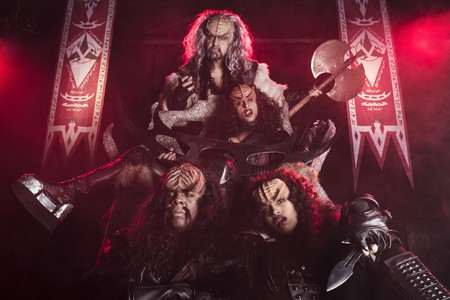 I, for one, welcome our Klingon overloads

If you are a Star Trek fan or just looking for an exciting and unique activity in Stockholm, then head on down. The Klingon ambassadors have traveled from light years away to visit and will be expecting a warm welcome.