Spend the Night at This ABBA Member's Hotel in Stockholm Planning a Stockholm voyage and need a place to stay? Look no further than the hotel of one of Sweden’s most popular residents, Benny Andersson. The legendary ABBA member is the owner of Hotel Rival, a boutique hotel that’s located in the heart of Södermalm.

Hotel Rival first opened in 1937, becoming the perfect place for all things entertainment. Not only did it boast a selection of apartments and hotel rooms, but it also contained a restaurant, cinema, bakery and theatre – aimed at pleasing the residents of Södermalm as well as visitors.

After Andersson purchased the hotel in 2002, an extensive renovation began. The attic was completely refigured and the courtyard was extended to include suites for guests. Hotel Rival re-opened on September 1, 2003, making it one of Sweden’s first boutique hotels. 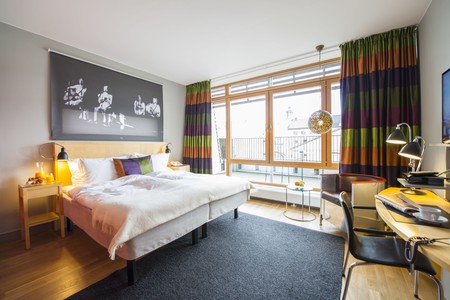 Comfort on all levels

Interior designer Karin Ahlgren designed the inside of Hotel Rival. In keeping with the hotel’s cinematic past, film motifs feature in each bedroom, while top Swedish designers provided the furnishings, which range from Gunnar Asplund’s award-winning armchairs to Kasthall rugs. Downstairs, the cocktail bar is awash with art deco design; think dark red velvet sofas, silver pillars and 1920s lamps. 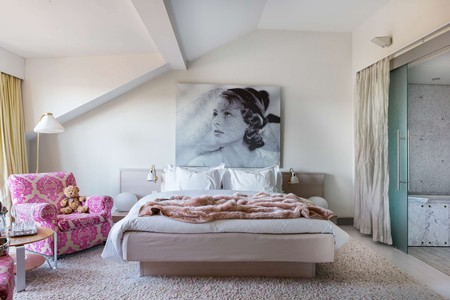 In total, there are 99 rooms, with four different kinds on offer: Standard, Superior, Deluxe and Suites. All of the rooms include the breakfast buffet, so you can be sure to have a hot, delicious meal every morning of your stay. In addition, the Deluxe rooms all have the bonus of a balcony facing city park Mariatorget. 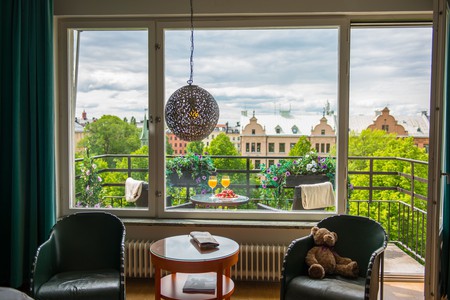 One of the best things about Hotel Rival is the number of options for food and drink. While its bistro has a focus on Swedish cuisine (as well as a delicious brunch on Sundays), Café Rival offers lighter fare. Sandwiches and pastries are a popular purchase, and you can enjoy them on the hotel’s outdoor seating in warmer months. 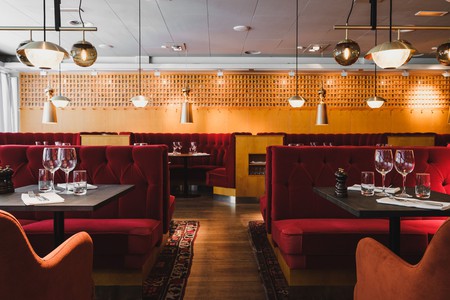 If you want to grab a cocktail or glass of wine, you have plenty of options. The hotel has three bars: Watson’s (named after Andersson’s dog), the Cocktail Bar, and the Bistro Bar. 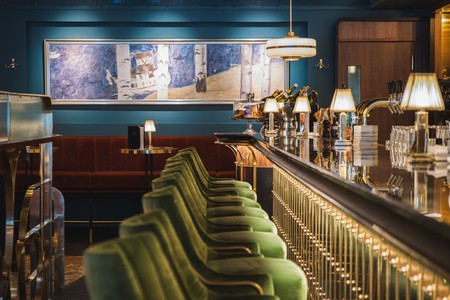 Since Hotel Rival is a former theatre and cinema, you can be sure there is plenty of entertainment available inside. The theatre, which is still active, seats 735 guests for a variety of performances. In addition, there are five remodelled conference rooms, decked out with pink Eames chairs and fresh flowers. For a more lively affair, the Cocktail Bar regularly hosts DJs at the weekend – if you’re looking for a night on the town, this is a great place to begin. 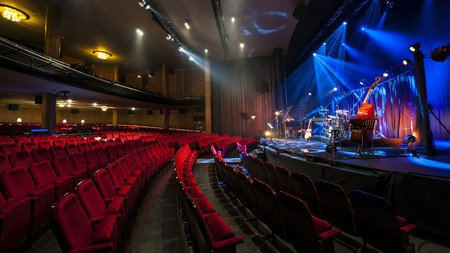 Would you like to stay the night? Book a Stockholm stay at Hotel Rival with Culture Trip. For more accommodation options, check into one of the best hotels in Stockholm.