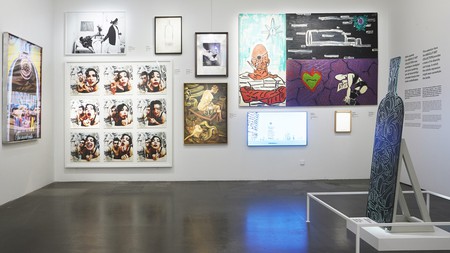 Aside from creating one of the leading international vodkas, Absolut is also known as a major supporter of art. Over the past three decades, it has worked with artists including the likes of Andy Warhol, collaborating on campaigns and one-off projects. In 2009 it launched the Absolut Art Award to celebrate innovative creativity and champion a variety of artistic practices, with the first award being presented to Israeli artist Keren Cytter, followed by Thai artist Rirkrit Tiravanija in 2010 and Albanian artist Anri Sala in 2011. With the winners of this year’s awards announced at the Venice Biennale, we caught up with Saskia Neuman, Absolut’s Global Art Manager, about the brand’s love affair with art and the art spaces you need to visit in Stockholm.

Culture Trip: Over the years, Absolut has collaborated with many artists. Where did the impetus for this come from?

Saskia Neuman: Art is a part of Absolut’s DNA, and our engagement is fuelled by a genuine passion for contemporary art. Through our past collaborations we have developed a deep and enduring bond with art and we’ve been an important part of the cultural conversation.Our first commission invited Andy Warhol to create a piece of work in 1985. This artwork became an advertisement featuring the iconic Absolut bottle. 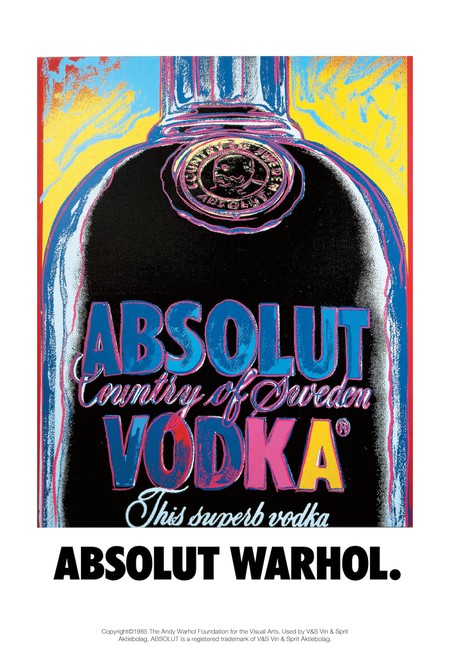 This opened the door to over 860 collaborations with more than 560 artists to date. Absolut supports acclaimed artists, art writers, designers, musicians and institutions in their efforts to present new works, stimulate ideas, bring people together and broaden access to creativity.

CT: How did the Absolut Award come about?

SN: It was initiated in 2009 to celebrate 30 years of creative collaborations with artists, and was re-invented in 2013 to offer substantial support to both artists and art writers to fulfil their dream project. 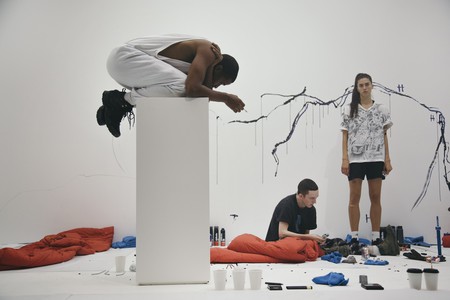 CT: This year’s Absolut Award Art Work winner, Anne Imhof, also won the Golden Lion at la Biennale di Venezia. Can you tell us what she’ll be creating with her award prize money?

SN: It is actually a complete coincidence that Anne Imhof won both. The Jury awarded the Absolut Art Award for Art Work to Anne for her proposal to produce a new work set in salt desert in Death Valley, California. Although drawing on previous performances, the work will represent the beginning of something new in Imhof’s career in that it exchanges the white cube for the Badwater Basin, pushing the production outside the parameters offered by the art institution. The performance and the musical score will culminate in a film. 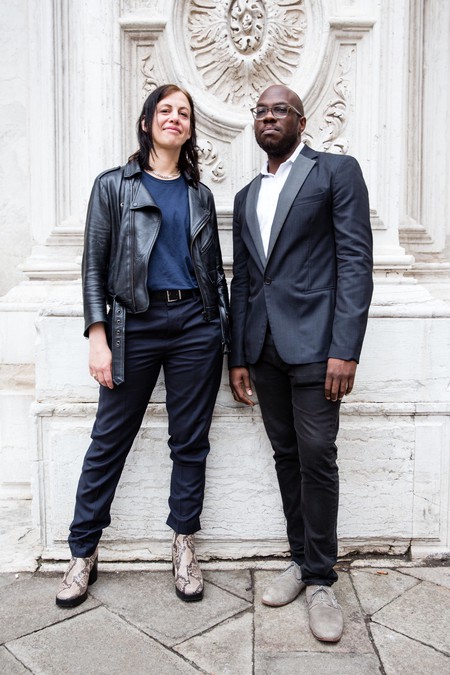 CT: The award also supports art writing. Why is this an important aspect for Absolut to focus on?

SN: We announced a new format for the Absolut Art Award in 2012, celebrating both artists and art writers, to show our ongoing commitment to the support of contemporary artistic practice as well as the development of critical theory. We are constantly refreshing our position within the creative community and hope to continue to do so through a broad range of initiatives and areas of supporting creative talent in all its forms.

We are thrilled that we have been able to help artist writers in realizing their dream project as seen in 2013 winner Coco Fusco’s publication Dangerous Moves (2015) which examined the history of performance art and politics in Cuba. We look forward to seeing 2015 winner Mark Godfrey’s winning proposal dedicated to the black art debate and 2017 winner Huey Copeland’s proposal for Touched by the Mother, a collection of essays that provide a multi-faceted perspective on the methods of American art and discourse of the last fifty years. 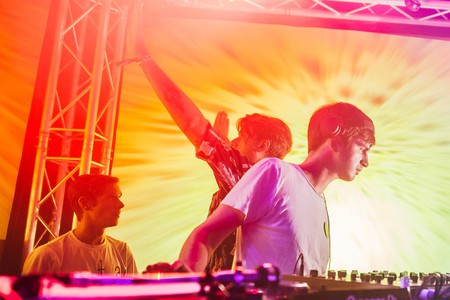 CT: This year’s Absolut Art Bar is being created in collaboration with Studio Barnhus. Can you tell us a little bit about their immersive installation?

SN: We are very excited that the Absolut Art Bar during the Absolut Art Award weekend is being designed by Swedish music-collective Studio Barnhus who are collaborating with Swedish artist and illustrator Leo Hallin. Titled Mareld,meaning ‘bio-luminescence’, they will create an immersive installation of a fantasy woodland which reimagines the Swedish landscape as we know it. Axel Boman, Petter Nordkvist and Kornél Kovács of Studio Barnhus have envisioned a dense forest as the setting for their Art Bar, that is home to spirits that roam through the trees and beasts that occupy swamps, drawing from Swedish mythology and folklore.

CT: Stockholm has a vibrant art scene – which are your top three art spaces you’d recommend anyone visit? And what is about these spaces that makes them stand out from the many galleries in the city?

Andréhn-Schiptjenko gallery is run by Ciléne Andréhn and Marina Schiptjenko. They started the gallery in 1991 and work with amazing artists including Per B. Sundberg, Uta Barth and Gunnel Wåhlstrand.

AnneElleGallery is a really good gallery, run by another cool female duo Anna Bohman and Elle Frie – they have a very fresh and interesting programme, representing artists such as Hertha Hanson and Olof Inger.

Carl Eldh’s Ateljémuseum is slightly off the beaten track. 19th and 20th century Swedish artist Carl Eldh was one of Sweden’s most prominent sculptors, and his atelier is open to the public by appointment. His studio was designed by Swedish artist Ragnar Östberg, set in the Bellevue Park at the edge of the city – it is really incredible. 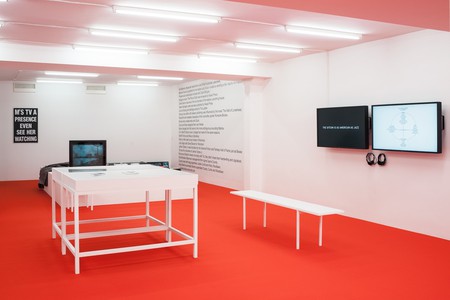 CT: Which of the city’s museums couldn’t you live without?

SN: I recommend people visit Index – The Swedish Contemporary Art Foundation. It is a small space on the island Kungsholmen devoted to giving a platform to artists outside of the conventional museum space, often focusing on solo presentations of artists not normally exhibited in Stockholm.

Magasin III – Museum and Foundation for Contemporary Art. It is truly one of a kind place. Founded in 1987, it is a private kunsthalle and has exhibited artists ranging from Gilbert and George to Mona Hatoum and Sol Lewitt. They also have an incredible collection, including a permanent James Turrell installation.

Moderna Museet – with our 2017 Absolut Art Award jury president Daniel Birnbaum as its director, the museum has spaces in both Stockholm and Malmö. It is a wonderful museum with a vibrant exhibitions programme, recently they have had solo presentations of Wolfgang Tillmans, Olafur Eliasson and Marina Abramovic. The museum also has an impressive educational programme. 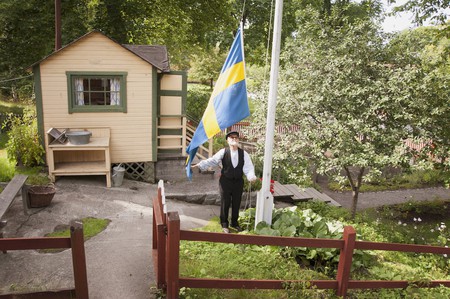 CT: If someone only had 24 hours in the city, what one very ‘Stockholm’ experience would you suggest?

SN: I love Skansen – it is northern Europe’s largest, or maybe only (?) open air architecture and cultural heritage museum. It was founded by Artur Hazelius in the late 19th century… they took buildings from different regions of Sweden and moved them to this area on the Royal Park island Djurgården, with traditional gardens, and they have a zoo featuring Nordic animals. Skansen also has the best café in Stockholm and a traditional bakery.

You can see Anne Imhof’s work at this year’s Venice Biennale until November 26, 2017.