How the 'Million Programme' Brought Homes and Vibrancy to Stockholm 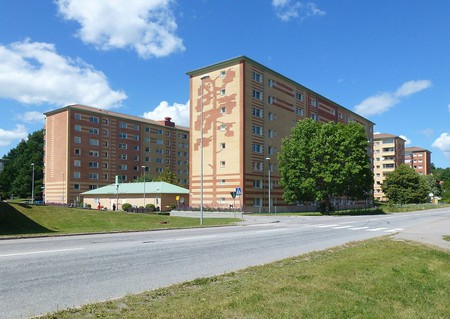 The 'million programme' managed to build over a million new homes like these | © Holger.Ellgaard / WikiCommons

Sweden is a wonderful place to live, however, if you want to live in one of the bigger cities, it is not easy to find a home, especially in Stockholm. A first-hand rental contract is truly like gold dust in Sweden’s capital and once someone gets one, they rarely let it go.

Stockholm has a queue system for people hoping to rent. You put your name down on a list and then apply for places as and when they become available. It is easy enough, however, it’s not the way the system operates that is the problem — it is how many people are using it. Stockholm’s Hem, one of the largest providers of rental properties in the city, has an average waiting time in their queue of around ten to twelve years. You can start in the queue when you are eighteen and not have an apartment until you are in your thirties.

This means that many people will look for a second-hand contract, where they lease from first-hand contract owners. You can, of course, buy a place in Stockholm — with prices being fairly reasonable when compared with other large European cities. However, the majority of people in Scandinavia’s largest city are renters. This has left many looking for a solution — with some older residents in Sweden feeling like they have lived through this problem before. 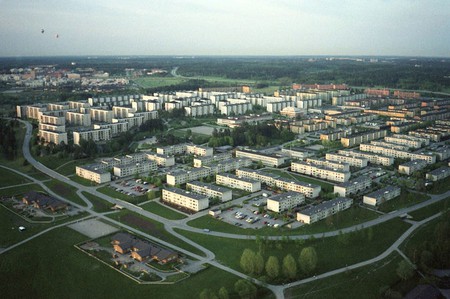 The issue of a housing shortage is not a new one in Sweden. In the 1950s, there was a period of economic boom which saw citizens moving to cities in order to find work — as Sweden became more and more urbanised. This meant swathes of the population began to live in cities, which could not cope with the growth. This left many living in inadequate dwellings which, in many cases, were very old and no longer fit for purpose.

Sweden had been left undamaged by World War Two, which meant that it could produce goods for the rest of Europe. As people began getting more highly paid jobs, they demanded a higher standard of living — including better housing.

Sweden’s government decided that it was time to invest and thus proposed what was, at that time, a programme of such scale, that many people believed it as much a publicity stunt as an actual policy idea. Despite governing a population of only eight million, the Swedish leaders declared that they would build one million new properties for people, as quickly as possible, to ensure that everyone had an affordable, safe and up to date place to live. 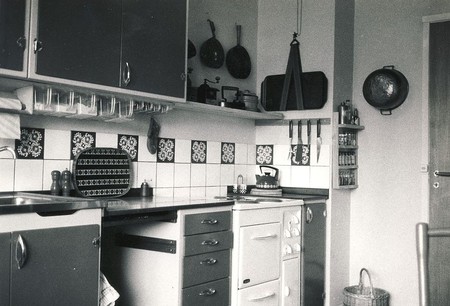 This kitchen was state of the art when it was built in 1968 | © Holger.Ellgaard / WikiCommons.

On top of being ambitious about the number of places that would be built, the Social Democratic party implementing the programme also wanted to create more democratic and neighbourly communities — with schools, church, open public spaces, art galleries, hospitals and other important civic buildings. They wanted good homes and happy, well looked after people living in those homes.

The government decided that there would be a mixture of houses and apartments built during the programme. There were many three-room apartments erected in small tower blocks — as well as smaller one family houses and terraced housing complexes. They also invested heavily in creating more student apartments, with tower blocks springing up that could house students in the main university cities: Stockholm, Lund, Uppsala and Umea in particular. 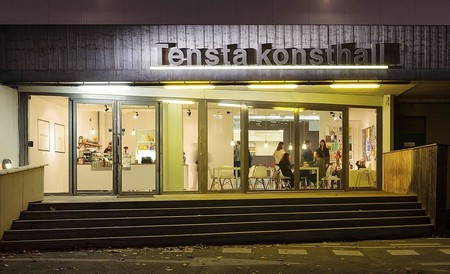 Tensta’s art gallery is an example of the community centres at the heart of the programme | Mimmicarolina / WikiCommons.

The government, between 1965 and 1974, managed to hit its target, building just over one million places to live — and in the process increasing the quality and availability of dwellings in Sweden. There was still somewhat of a shortage, but this programme made an important difference and created new communities across the country.

People began to live in new parts of Stockholm bringing families and a vibrant atmosphere to places like Skarholmen, Tensta and Hasselby Gard. Suddenly Stockholm was more than just the centre — there were new people from all over Sweden, and in some cases from other parts of the world — who brought new ideas and ways of doing things.

The government also bore a great deal of the costs, leasing many of the buildings out to be run by private companies — while also aiming to recoup some of the expenditure through taxes and providing mortgages to people. For those from the lowest income backgrounds, the government helped shoulder around 66 percent of the price, if they wanted to buy a place. 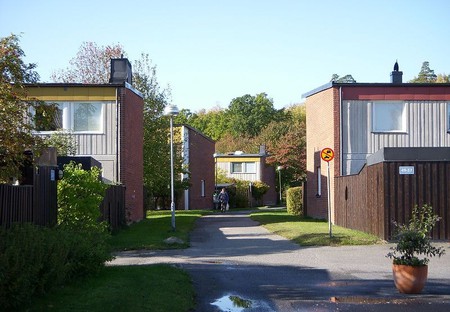 An example of the smaller types of houses they built during the programme | © Holger.Ellgaard / WikiCommons.

Despite the million programme being generally successful, there have been a number of issues. There is a degree of divide between ‘million programme homes’ and ones that were not part of the programme.

They have been perceived as being social houses for less economically well-off people and while the housing helped — there has been a lack of investment in the areas where many of the new houses were built. In general, though, it made an important noticeable difference which changed the way many people lived in Sweden. 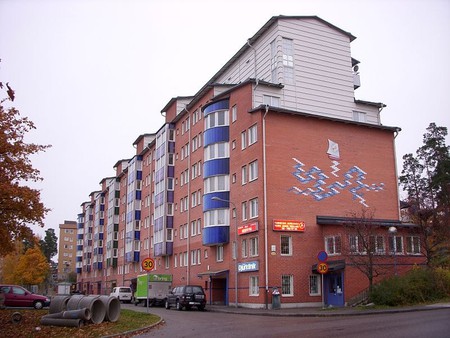 Some of the houses, like this block in Rinekby, have been updated | © Holger.Ellgaard / WikiCommons.

A programme of that ambition and scale is unlikely to ever be replicated in Sweden. It was a time of great growth and change. However, the drive and passion of the people behind the million programme, which looked to creative solutions to solve common problems, is something many Stockholmers are hoping will reappear and help to alleviate the current housing issues.