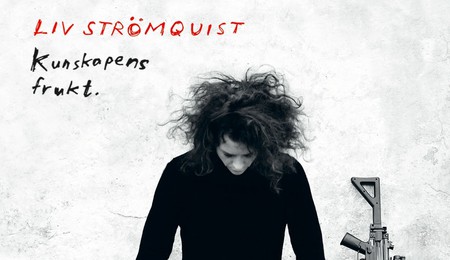 There is a strong tradition of cities trying to make underground stations more exciting and stimulating. Moscow is famous for its resplendent metro stations, which are, in some cases, more like baroque palaces than prosaic hubs from which to catch your morning train. Similarly, the city of Stockholm has worked hard to make its stations places for people to enjoy and admire.

Currently, ninety of Stockholm’s one hundred metro stations have some form of art to discover, turning a simple commute or journey across town into a cultural experience. The Stockholm Transit System (SL), that oversees the metro, has always tried to ensure that the art within its stations provokes discussion and covers important issues. Tensta Station, for example, features an installation by Helga Henschen, called A Rose to Immigrants, which seeks to encourage inclusivity with poems and texts in several languages. There is even an interactive online map that allows you to explore art across the Stockholm subway, check it out here. 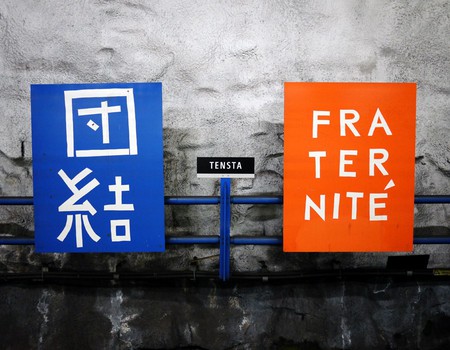 In this vein, a new collection, exhibited in four of the central metro stations, has the people of Stockholm talking. Artist and cartoonist Liv Strömquist’s work can be seen at Slussen, Fridhemsplan, Zinkensdamm and Gardet stations, and features menstruating women and hairy men, as well as other striking and thought-provoking black-and-white images. There is even an interactive online map that allows you to explore art across the Stockholm subway, check it out here.

It is, however, the menstruating women that have stirred up the most discussion. Strömquist spoke about the fact her images have challenged public opinion, telling Sweden’s public TV broadcaster SVT, “It’s weird that it’s deemed so provocative as it’s something that we see all the time.” 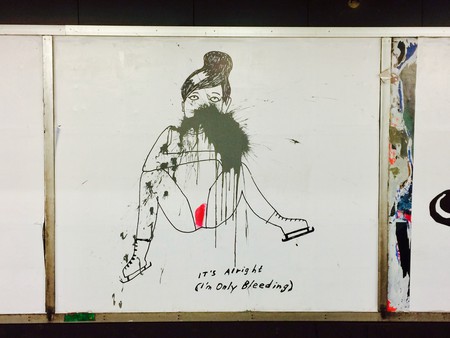 One of a number of Strömquist’s drawings | © Jane Carr

SVT spoke to a number of commuters. One woman said, when she was younger she felt there was a mind-set people were stuck in about menstruation, which left her “not knowing what it was until it came.” She remarked that the art helped show that people “can talk about it now.” And indeed they are.

Strömquist’s fascinating collection of images is called The Night Garden, and it’s not the first time she has addressed the issue of menstruation. Her 2015 book Kunskapens Frukt covered the societal taboo around women’s periods. It is one of nine books she has published, in a career that includes winning The Adamson Award—a prize given to notable Swedish cartoonists. 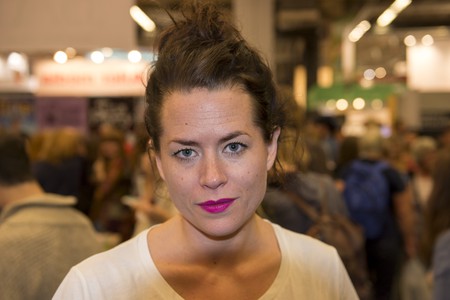 The art will be displayed by SL for a year and will hopefully continue to keep people talking and enlivening commutes across Stockholm.