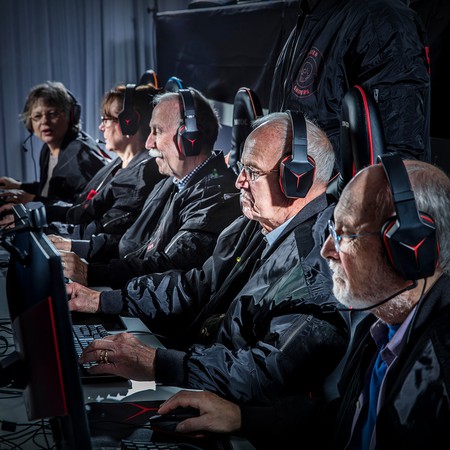 Esports are for young people, right? Not always. There’s a new team from Sweden on the professional gaming circuit, and they’re a little older than you might expect.

The Silver Snipers recently competed in the Counter-Strike:GO tournament at DreamHack 2017, one of the world’s largest computer festivals which hosted the elite of esports in Jonkoping, Sweden. Most of the competitors are either teenagers or aged up to around mid-30s, but the Silver Snipers stood out somewhat. With an average age of 71, the team was looking to get one over on their younger counterparts and prove that everyone, no matter the age, can enjoy gaming.

The team was formed after they responded to an ad from Lenovo looking to put a senior team together. “Well gaming is for everyone! I just happened to spot an ad where they were forming a team and instantly wanted to try out. I was one of the lucky five to get picked,” Wanja “Knitting Knight” Godänge told Culture Trip.

Their experience of playing the game varied. Counter-Strike GO lets gamers either play as terrorist or counter-terrorist forces and work together to eliminate the opposition side of complete an objective without being knocked out. It’s usually played in teams of five and requires lightening quick reactions, a healthy dose of strategy, and seamless teamwork.

“I had never played CS:GO before until I joined the team, and it’s so much more than I first thought,” Monica “Teen Slayer” Idenfors said. 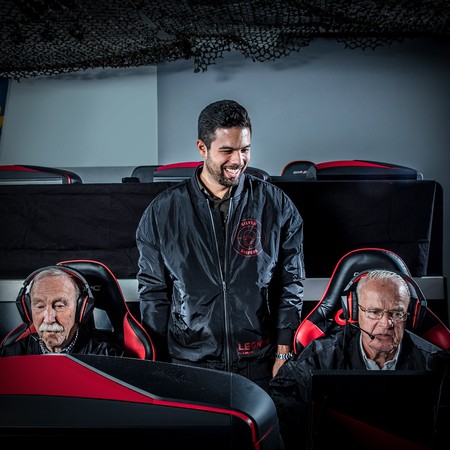 Tommy Ingemarsson, the team’s coach and two of the Silver Snipers | Courtesy Lenovo.

The team had a helping hand in preparing for their tournament debut. Tommy Ingemarsson was the team’s coach Ingemarsson, also known as Potti, is a founding member of the well-known team Ninjas in Pyjamas, and a ten-time world champion in Counter-Strike. He’s now retired (despite being decades younger than the Silver Snipers) and teaches others to become professional players.

Despite this help, the Silver Snipers were unable to make a mark on the tournament. “At the first round we had some good shots, but the second game we just got totally slammed by the teenagers, they were just too good. This time! Next year we’ll give a better fight, for sure,” Öivin “Windy” Toverud said.

But that experience hasn’t put them off. Idenfors says the team aims to put in more training and get better, and show the kids that “age is just a number.” Meanwhile, the team has received a lot of attention in their native Sweden.

“Oh dear, it’s been crazy! People want to take selfies with us and they also wants our autographs, we’re like some rock stars. But I have to add we have been received with such great positive attitude. A lot of love from everyone especially the gaming community,” Godänge said. 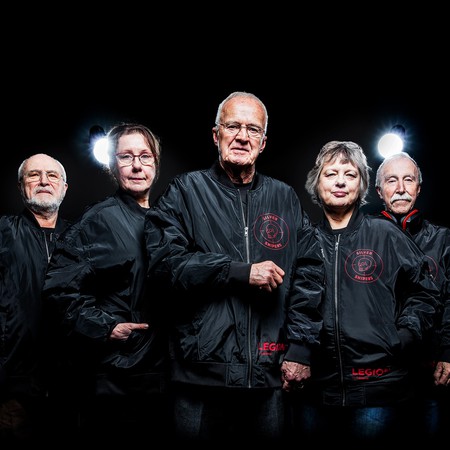 A study in 2013 found that playing video games could improve the multi-tasking, reactions, and memories of the elderly. Researchers built a game specifically to test this, and their analysis of players while they played showed a rhythmic firing of neurons in the part of the brain thought to be associated with memory and attention. This was originally more pronounced in younger players, but after the older players trained, the firing pattern strengthened.

Silver Snipers certainly agree that gaming brings a multitude of potential benefits. “With gaming you really get a chance to practice coordination, strategy and dexterity,” Bertil “Berra-Bang” Englund said.

“I would love to see more of my age group gaming! I can find a lot of good skills to practice like strategy, quicker finger movements, and best is to get to meet so many young people and share the experience with them,” Godänge added.