Malmö is home to several large, internationally acclaimed visual art venues, such as the Malmö Konsthall Art Museum and the second Moderna Muséet in Sweden. The city’s art scene can certainly rival that of nearby Stockholm, as it also boasts a rich variety of smaller galleries, showcasing a diverse range of genres. From artist-run photography spaces to commercial ventures specializing in Nordic art, these are nine of Malmö’s best contemporary art galleries.

Galleri GKM Siwert Bergström began operations in Jönköping in 1967, before moving to Malmö in 1984. Its name is derived from its founder and reputation, with the letters GKM standing for Galleri Kända Målare, meaning gallery of famous painters. Many works sold by the gallery are by world-renowned modern artists, such as César and Arman, as well as prominent contemporary figures such as Yrjö Edelmann and William Sweetlove f.ex. It also represents younger artists from the international contemporary art scene and arranges exhibitions elsewhere in Europe. Over the years, Galleri GKM has further diversified into selling engravings, silk screens, and publishing art books. Its premises at Stora Nygatan 30 have recently been renovated, giving a polished look to the space that hosts exciting events throughout the year. 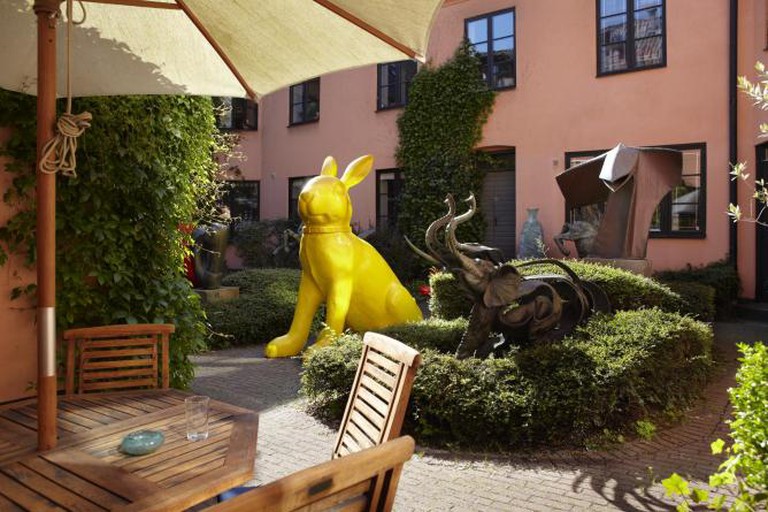 Situated in the harbor area of Dockplatsen, Galerie Leger is one of Malmö’s oldest galleries. It concentrates primarily on contemporary Nordic art, hosting around ten exhibitions per year. Individuals represented by the gallery are often mid-career artists from Sweden, Norway, Denmark, Iceland, and Finland. They work in a diverse range of media, from the minimalist landscape photography of Lennart Alves, to the innovative, sand cast glass works of Bertil Vallien. Not averse to the avant-garde, past exhibitions at Galerie Leger have included wacky sculptures by Peter Johansson and digitalized, mannequin-style dolls on psychedelic backgrounds, by Anders A. 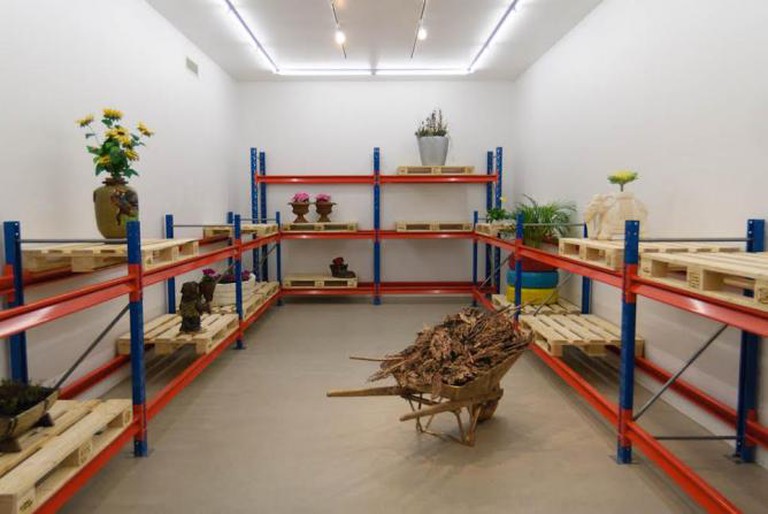 Internationally focused gallery KRETS was founded in 2007 in an old dairy and ice cream factory on Kristianstadsgatan. Run by Anna Granqvist and Cindy Lee, it aims to introduce new artists to the region, showcasing a wide variety of media. An example of such an artist is London-based William Edmonds, who often works as part of a trio called Nous Vous. KRETS displayed Edmond’s first solo show featuring paradise-themed drawings, sculptures, textiles, ceramics, and even a soundtrack he made specifically for the exhibition. KRETS also hosts workshops, film screenings, and music performances. Album releases by experimental musicians, like Johan G. Winther take place here, as well as launches of art books, such as Nagoya Notebook, a Japanese photographic journal by Anna Strand. 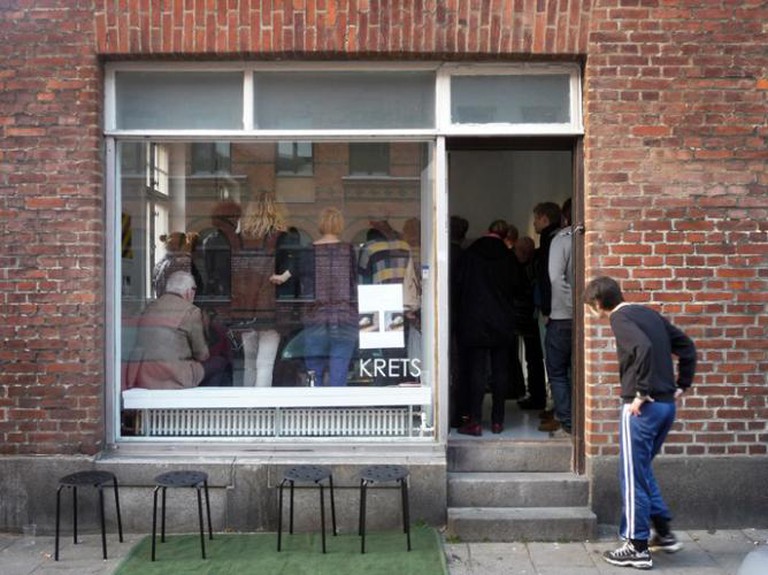 In 1985 a group of artists established Galleri 21 in a farmhouse on James Nilsgatan 21. Today the gallery has a central location in Malmö, consisting of four exhibition rooms surrounded by large windows, which provide plenty of natural light. Some of the best contemporary Nordic art in Scandinavia is on display here, involving works by an eclectic mix of artists. Past shows have ranged from Anja Bache’s unconventional ceramics to street art style paintings by Jani Hänninen. Galleri 21 also organizes lectures, concerts, and events, which have included album releases by bands like Vrakets Position.

Since 2009, MAKERIET has been promoting work by emerging local artists in its Malmö exhibition space. The gallery’s ethos is to challenge notions of high culture, giving equal treatment to all forms of contemporary art. MAKERIET provides a breeding ground for new artistic ideas, which are unadulterated by commercial interests. Exhibitions encourage thought and debate on topics, such as feminine identity and the ethics of the food industry. Such shows include Karolina Hägg’s kitchen-themed installations, which highlight the excessive use of sugar and chemicals in processed foods. MAKERIET’s program also includes workshops, film screenings, concerts and other performances. 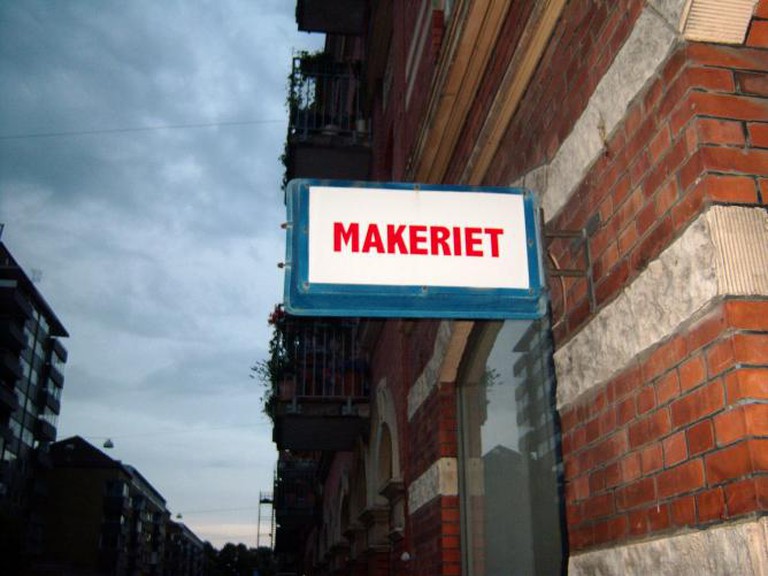 Located in the heart of Malmö, Galleri Rostrum was established by a group of artists in 1985. Today an association of members runs the gallery, participating in its work and making decisions on the direction it will take. New, experimental art is encouraged, such as Ilona Huss Walin’s conceptual videos, in which actors speak to an invisible character and try to create the feeling of the absent person’s presence. Galleri Rostrum also organizes Art After Work (AAW), a regular event held between exhibitions. In the past, the AAW evenings have involved entertainment like Emma Gustafsson’s ‘life lessons,’ performed in the style of a teacher. 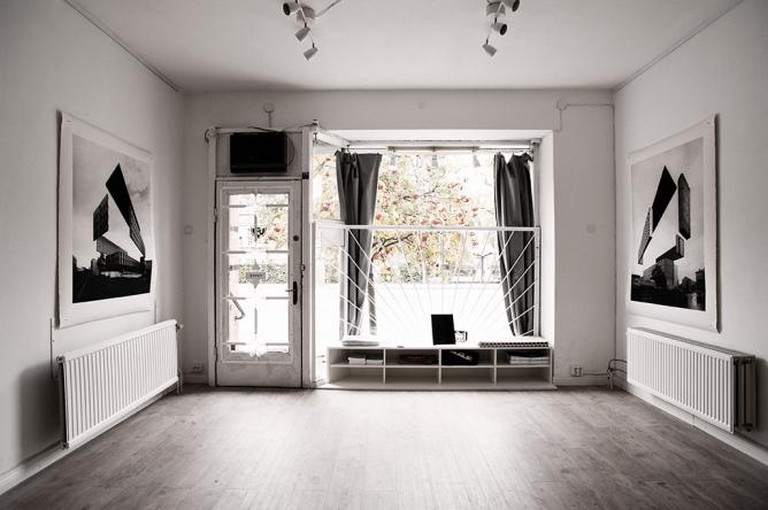 Exhibition by Espen Dietrichson – Variations on a dark city | Photo by Tony Kristensson | Image courtesy of Breadfield Gallery
A new arrival on Malmö’s contemporary art scene, Breadfield was established by artists as a project exploring the many different facets of photography. In addition to hosting exhibitions, it encourages discussion of this genre via guest lectures and the publication of its own magazine. Breadfield organizes around six shows a year, providing a shop-window for contemporary photography from around the world. Artists like Swedish-born Nina Bacos have contributed to its thought-provoking exhibitions, such as A White Woman’s Photographic Travel Journal. In this show, Bacos exhibited images from her global journeys, highlighting the subjectivity of racial, sexual and gender-related constructions. The gallery also provides a photography bookshop and a framing service.
Open In Google Maps
49 Föreningsgatan, Rörsjöstaden Malmö, Skåne län, 211 52, Sweden
+46739325990
Visit Website
Visit Facebook page
Give us feedback

Run by a group of artists and curators, Signal Center for Contemporary Art presents many possibilities surrounding ‘the production, presentation, discourse and promotion of contemporary art and culture.’ Past shows have been as diverse as David Douard’s installations exploring the idea of the ‘living dead’ and Andreas Mangione’s drawings and sculptures reflecting upon the act of listening. Signal Center for Contemporary Art also hosts talks and film screenings, which are sometimes linked to its exhibitions. Furthermore, since 2004, it has been the home of a useful archive featuring portfolios, catalogs and film material relating to artists based in the south of Sweden. 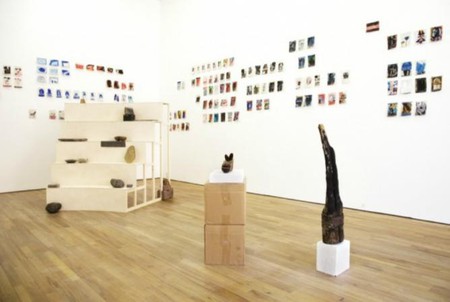 Courtesy of Singal Center for Contemporary Art
Give us feedback