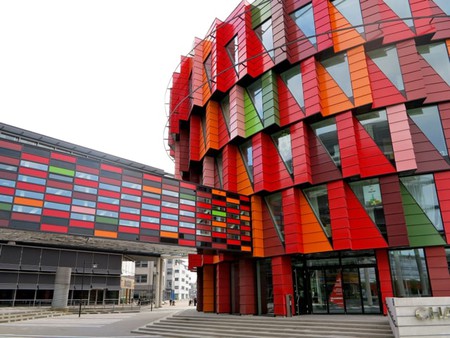 The wonderful Kuggan in all its glory | © Mangan02 / WikiCommons

Stockholm, in many ways, dominates Swedish life. As with London in England or Paris in France, it is the place that the majority of people think of when Sweden is mentioned. However, there are several areas of Swedish life that the city does not dominate and two of those come together in Kuggen, a stunning building in Sweden’s second city of Gothenburg.

The first of those two areas is in higher education. Stockholm University is excellent and the Karolinska Institutet is world class when it comes to medical universities. However, many of the best universities in the country reside outside of the capital, including Uppsala and Lund, which were both founded hundreds of years before Stockholm University.

There is also Chalmers University, in Gothenburg, a leading technology university that was founded 60 years before the University of Stockholm. It is, alongside the KTH Institute of Technology, one of Sweden’s leading schools for studying technology, natural sciences, maritime studies and architecture. 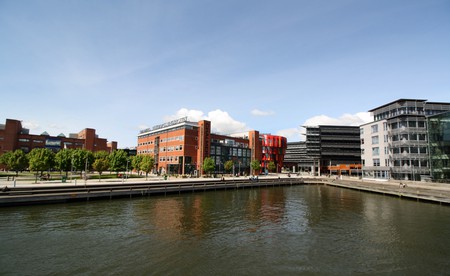 Architecture is another area where Stockholm does not dwarf other cities. There are, of course, plenty of stunning buildings in Stockholm. However it is matched, and often surpassed, by other cities.

These two things combine in Kuggen, a clever, award-winning and beautiful structure that is part of Chalmers University and has become a symbol of how modern design can contribute, rather than dominate, a University campus.

For many Universities across the world, it can be difficult to add buildings to a historic campus, without creating a clash and conflict. The newer buildings can often stand out too much or perhaps even worse, they can try and recreate the look and feel of the older buildings and appear as cheap imitations. 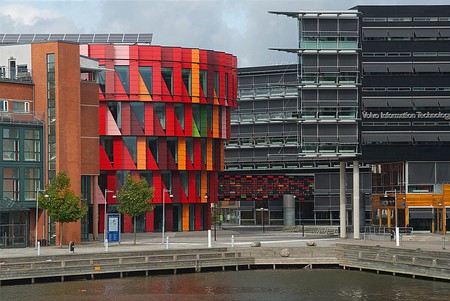 Kuggen blends in well with the buildings around it | https://commons.wikimedia.org/wiki/File:Kuggen_september_2011.jpg

This was the challenge that faced the architecture firm Wingardhs, as they were tasked with building a new structure at the University’s Lindholmen campus, in 2009. As the University expanded in size, it created a new campus on the island of Hisingen, an up and coming part of Gothenburg that has become home to many artists and young professionals who don’t want to live in the city centre or cannot afford it.

The building was supposed to create office space, as well as provide rooms where people could hold meetings and gatherings. It currently houses a library and serves as the home for several research groups based at the University.

A unique and modern design

This meant that when they were deciding on the design, the architects wanted to ensure it was open, that it felt light and airy as well as being multi-purpose and attractive. 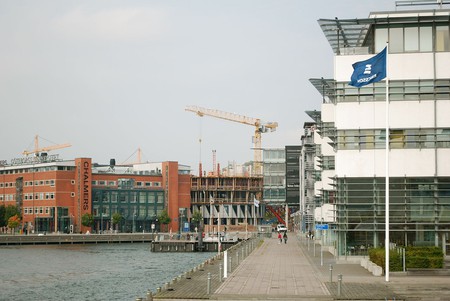 The building process was smooth and fairly quick | © Ankara / WikiCommons

What they came up with is beautiful, functional and – more importantly in a country that aims to be as a green and environmentally friendly as possible – sustainable. The exterior is covered by terracotta panels composed of six different shades of red and two of green.

Depending on where you stand, the time of the day, the weather, and other factors the appearance of these panels will differ slightly, with some of the shades looking brighter than others. It also has other coloured panels on the outside to make it more attractive.

It is designed to look like a cog, with a circular shape and features a spiral staircase at its centre. It is just over 22 meters high and as you go up on each floor, two new ‘bays’ are added – meaning that the higher you go the more space there is. 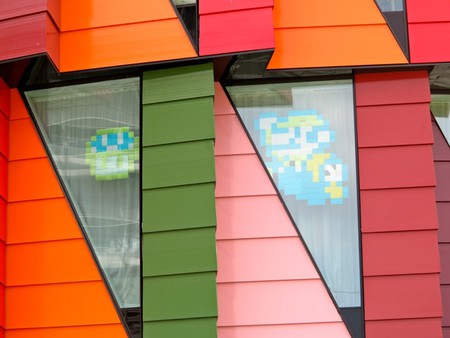 The colour panels on the outside | © Mangan02 / WikiCommons

There is a moveable sunscreen, which changes depending on where the sun is, ensuring that there is always the right amount of shade. It is a really interesting and creative structure which, while it looks wonderful in photos, has to be seen in person to really be believed.

Green as green can be

Its green credentials come in the form of a variety of both architectural and technological decisions. There is adaptive heating, which changes based on a range of conditions to ensure no energy is wasted while ensuring people are always comfortable.

There are motion-activated sensors to ensure that lights and the heating system are off when people are not there. The designers even thought to build triangular windows as they are the optimal shape to allow light in. All of these innovations meant it received the MIPIM sustainability award in 2009. 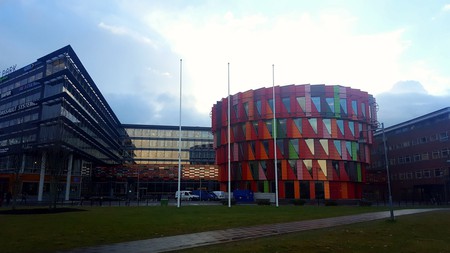 The building officially opened in 2011 and has become a local landmark, as well as a great symbol of how modern architecture can be bold and exciting, without being over the top or dominating. If you are in Gothenburg, it is worth making a detour to see it.