How IKEA's Frugal Founder Brought Sustainability to the Masses 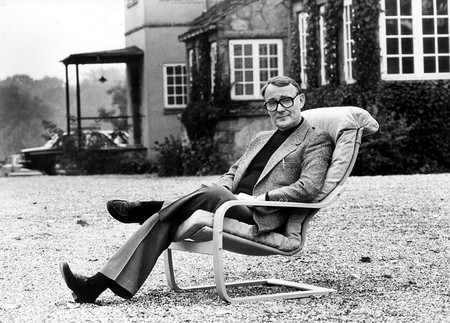 While many retail CEOs are obsessed with being the best in the world, IKEA’s founder Ingvar Kamprad was more in favour of ‘democratic design’, bringing truly affordable furniture to the masses. His vision was to create a better everyday life for ‘the many people’, and it is this ‘better-not-best’ approach that has put IKEA ahead of the curve when it comes to successfully implementing sustainable practices that extend far beyond the odd bit of flat-pack furniture.

Throughout Kamprad’s 91-year life, he practised a strict regime of thrift and diligence, using these traits as the basis for IKEA’s success. The entrepreneur started out in a small shed in his native village of Agunnaryd in southern Sweden when he was 17, selling discounted mail-order household items via a milk cart. Around a decade later, he opened his first furniture showroom, but it was in 1956 that he had a light-bulb moment and the flat-pack furniture concept was born.

The idea came to Kamprad after simply watching an employee take the legs off a table to fit it into a customer’s car. He realised that this would make it easier and cheaper to transport IKEA’s items going forward. Ever since, IKEA has taken the world by storm – apparently the brand’s annual catalogue is more widely read than the Bible – but his humble beginnings never left him. ‘I see my task as serving the majority of people,’ he told Forbes in 2000. ‘The question is, how do you find out what they want, how best to serve them? My answer is to stay close to ordinary people, because at heart I am one of them.’ 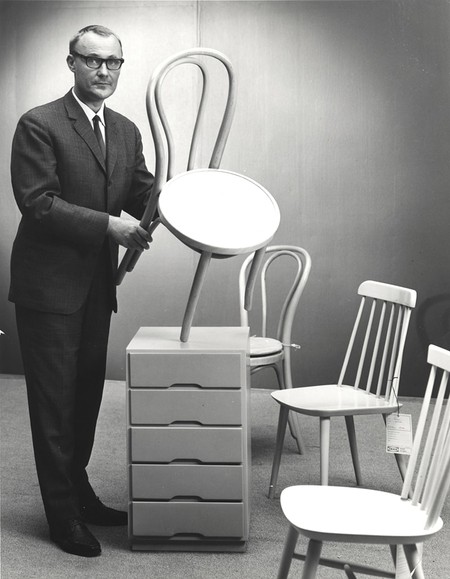 Since his death on January 27 2018, it transpires that his net worth was around US $58.7 billion, making him the eighth richest person on the planet, yet Kamprad was famously known for his strict frugal ethos, which was something his employees – the ‘IKEANS’ – had to adhere to as well. If he was going to fly economy, so were they, if he caught the bus rather than hailed a taxi, his employees would too. And while Kamprad might have taken his thrifty ways to the extreme (it is reported that he once refused to leave Copenhagen after a meeting ended early because he had paid for a day’s parking), his basic principles have become deeply rooted in the heart of the company. 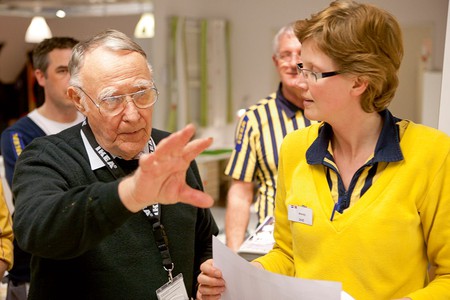 In his 1976 manifesto, ‘The Testament of a Furniture Dealer’, otherwise known as the ‘IKEA bible’, Kamprad refers to his desire to serve the ‘many people’, rather than the few. His goal was to sell functional, well-made furniture rather than ‘throw-away products’, and straightforward, hard-wearing designs that are easy to live with – all at ‘low prices with a meaning’.

‘Simplicity is a fine tradition among us,’ he goes on to write. ‘Simple routines mean greater impact. Simplicity in our behaviour gives us strength. Simplicity and humbleness characterise us in our relations with each other, with our suppliers and with our customers. It is not just to cut costs that we avoid luxury hotels. We do not need fancy cars, posh titles, tailor-made uniforms or other status symbols. We rely on our own strength and our own will!’

You can even see Kamprad’s legacy in IKEA’s latest 32,000 square-metre store that’s due to open in Greenwich, London in 2019. As well as the new store incorporating multiple eco features, including photovoltaic panels, rainwater harvesting and greywater treatment (reducing water consumption by 50%), the location was also chosen in particular for its excellent public transport links – something that Kamprad would have approved of. Employees will be encouraged to get on their bikes, plus there will be charging points for electric cars, which will be free of charge to customers. The brand will also be investing around £2 million in the local area, including sustainable transport solutions.

Even before Lagom became the buzzword of 2017 (and aside from the fact that Scandinavians, especially Kamprad, have been living this way for many years), IKEA launched its three-year Live Lagom project way back in 2014, which saw around 450 ‘co-workers’ in total using IKEA-branded products to help save energy and water, reduce waste, live more healthily and save money.

‘This concept has been part of the Swedish psyche and way of life for years,’ the brand says. ‘We believe that’s what living a rewarding but responsible life is all about: not sacrificing what you love, while not taking more than you need from the planet. It’s a powerful idea, with the potential to change how people feel about sustainability.’ 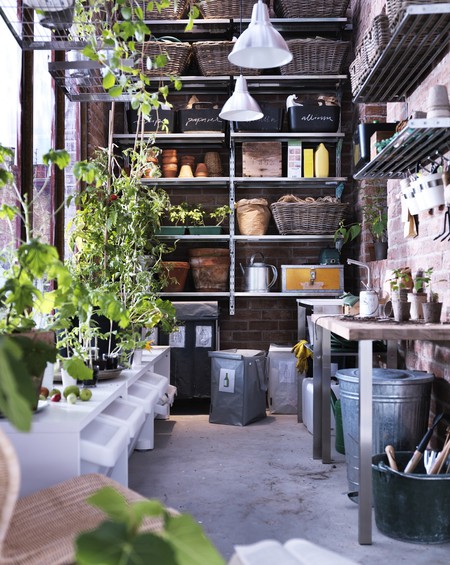 This isn’t the only initiative that IKEA has launched in a bid to make sustainability part-and-parcel of daily life for the everyman, rather than making consumers shell out for gimmicky products related to the latest lifestyle trends. The idea of Marks & Spencer’s controversial cauliflower steak, for example, would have deeply frustrated Kamprad – not just because of its insane £2 price tag, but more importantly because of its excessive packaging and waste. According to him, ‘waste of resources is one of the greatest diseases of mankind.’

IKEA has been at the forefront of many groundbreaking campaigns, including leading the smart home revolution with its remote-controlled smart-lighting range, making innovative lighting solutions available to the mass market for the first time. IKEA also ditched halogen bulbs three years ago, switching to LED designs ahead of the EU ban on halogen bulbs (which has been delayed until September 2018), due to the fact that LEDs are 85% more efficient than incandescent bulbs and can last 20 years. In addition, the brand recently collaborated with Solarcentury to offer customers a new solar battery storage solution, which means homeowners can store excess solar power for later use, cutting electricity bills by up to 70%. 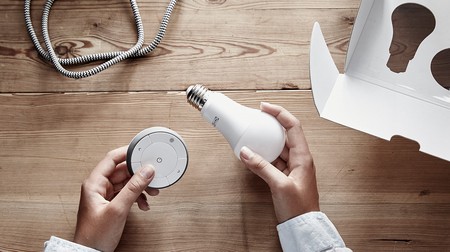 IKEA’s forward-thinking campaigns aren’t just for the benefit of the consumer, but also in the broader sense of ‘people and planet’. The brand’s humanitarian efforts extend to communities touched by the business, from its co-workers and suppliers to children and families living in some of the world’s most vulnerable communities. Kamprad set up the IKEA Foundation as part of the company’s overarching ethos ‘to create a better everyday life for as many people as possible around the world’ by catering for fundamental human needs: a secure home, good health, education and a sustainable family income.

Focusing on long-term and sustainable programmes, IKEA runs a range of ‘Good Cause Campaigns’, from creating safe spaces for vulnerable children to play (developed by partnering with top NGOs such as Save the Children and UNICEF) to providing IKEA’s co-workers with the opportunity to volunteer their time to assist refugees. The foundation’s flat-packed ‘Better Shelter’ design for refugees won the Beazley Design of the Year 2017, plus the company employs local artisans, especially women, to give them the chance to earn a sustainable income. 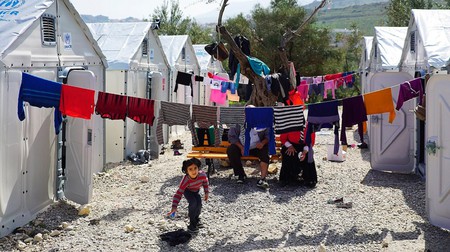 Despite the moral undertones of Kamprad’s 1976 manifesto, and IKEA’s humanitarian approach as a whole, there’s undeniably a darker side to Kamprad on a personal level, with his history of Nazi sympathies (he wrote a public letter to his employees calling this his ‘greatest fiasco’), bad marriages, tax avoidance and alcoholism.

Putting his complex personal life aside, however, the brand and company culture he created has gone on to impact the lives of ‘the many’, far beyond the obligatory Billy bookcase in the corner. He proclaimed in the manifesto document: ‘The true IKEA spirit is still built on our enthusiasm, from our constant striving for renewal, from our cost-consciousness, from our readiness to take responsibility and help out, from our humbleness in approaching our task and from the simplicity of our way of doing things. We must look after each other and inspire each other. Those who cannot or will not join us are to be pitied.’

It is IKEA’s constant innovation and self-betterment, its true ‘value’ products and its approach to creating honest, simple products that has led to the company’s enduring success and, even without Kamprad, its sustainable future.