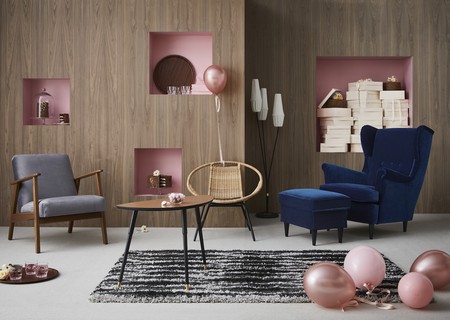 The Swedish furniture giant IKEA is turning 75 in 2018 and to celebrate it’s rolling out new releases of its iconic pieces from the past six decades.

The limited-edition items will be on sale over the next five months, kicking off in August with its vintage collection, Gratulera, which celebrates IKEA’s best-loved pieces from the mid-century era, including its reimagined Lövbacken table. 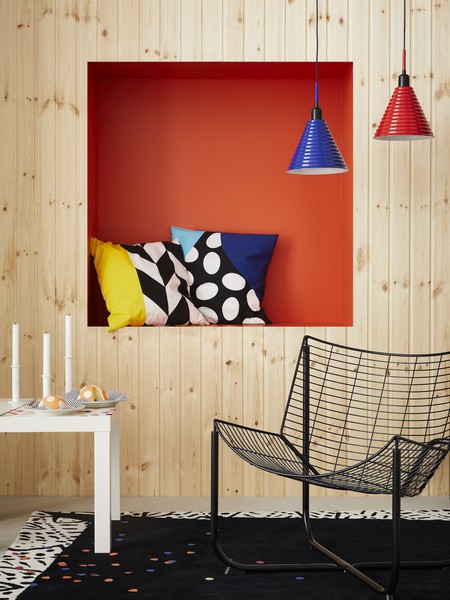 “The new Re-imagined Classics collection is to be kept and looked after in the home forever,” says Clotilde Passalacqua from IKEA UK. “The products within the collection were favourites when they were first introduced and IKEA is showing that these designs are still current now, decades after they were first created.”

October will bring the Memphis Group-inspired 1970s and 1980s collection, with its playful designs and bold colours. Their reintroduction is timely with the demand for Postmodernist-influenced design on the rise. 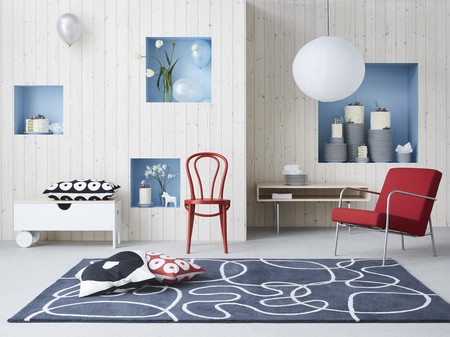 December’s collection has a more pared-back and minimalist look, with a fusion of untreated, blonde Scandinavian woods and graphic patterns perfect for the winter season.

“During the ’90s, we went for a more natural expression,” said Karin Gustavsson, IKEA’s creative leader, in a statement. “I think the sculptural furniture of Thomas Sandell is iconic. The small bench with wheels on one end and legs on the other was a design piece desired by so many people at that time.”

Here are the top picks from the Re-imagined Classics collection 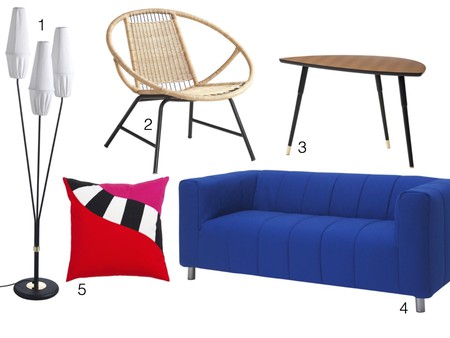 This mid-century light was launched in 1958 as Trinett and hailed as super modern for the time. The design remains just as relevant today but it’s been given an eco-conscious update with LED bulbs that consume 85% less energy than incandescent fittings.

IKEA celebrated the opening of its first store in Älmhult, Sweden, by launching this handmade design in 1958. Wicker indoor/outdoor furniture is having its moment right now so this is a perfectly on-trend piece that’s affordable and a future investment.

This distinctive three-legged, leaf-shaped table is one of IKEA’s most iconic designs of all time. The 1956 Lövet design was IKEA’s first ever flat-pack item, with detachable beech legs and gold-coloured feet. The flat-pack concept was actually an accident: IKEA designer Gillis Lundgren couldn’t fit the table in his car for delivery so he sawed off the legs. The design was reintroduced to IKEA’s collection in 2013 as the Lövbacken side table.

IKEA worked with Dutch designers Stefan Scholten and Carole Baijings to bring this cushiony sofa bang up to date with trendy primary blue and red hues, paying tribute to the Memphis Group. “I just love the covers that are like puffy jackets – they’re cool and colourful,” said Gustavsson. “The Klippan sofa was one of the first affordable sofas we had to offer, which is why it’s an icon of its time.”

Whether you’re into Postmodernist design or not, the cheery po-mo-inspired cushion designs are great statement pieces for a quick room revamp.

Read more on IKEA’s founder, Ingvar Kamprad, and how he brought affordable and stylish furniture design to the masses.