How To Spend 48 Hours In Stockholm 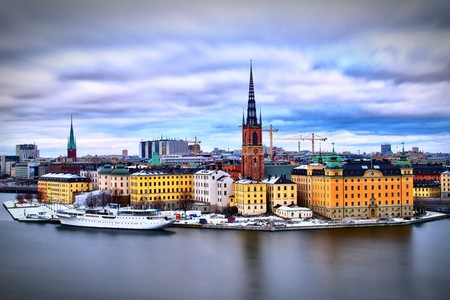 Stockholm, jewel of the Baltic and often referred to as the Venice of the North, is a regal city which gives off an air of elegance. It’s set across 14 main islands and has a huge archipelago, with some further 20,000 islands jetting out into the Baltic Sea. Scandinavia, without a doubt, has captured the hearts of many people throughout Europe and around the world. Here is how you can explore the Swedish capital in 48 hours.

Kungliga Slottet is the official residence of the Swedish monarch, King Carl XVI Gustaf and Queen Silvia, with their actual residence being located at Drottningholm Palace. Located on Stadsholmen, in Gamla Stan, Kungliga Slottet stands next to the Riksdag, the Swedish Parliament building. Built as a Roman palace in a baroque style by architect Nicodemus Tessin and completed in 1760, today at the Royal Palace you can visit three regal museums, the Royal Apartments, the Tre Kronor Museum and the Royal Treasury. You can also catch the Royal Guards in action, who have guarded both the Royal Family and the palace since 1523.

The Riksdag parliament building stands next to the Royal Palace and is situated on the island of Helgeandsholmen in the Gamla Stan district. There are 349 members of parliament, 44.7% of whom are currently women. Sweden has the fourth highest number of female members of parliament in the world. Guided tours of the Riksdag are available and are recommended. They last one hour and allow people to see each of the rooms of parliament, learn more about what the Riksdag does, its history, how decisions are made and its buildings. In addition to this, anyone can listen to a number of things which take place in the Chamber including public hearings, debates and votes. There is also the Riksdag Library, which is open to the public from Monday to Friday.

Take a stroll along the Strandvagen Boulevard on Östermalm, which was completed in 1897 for the World’s Fair. It is now widely regarded as the most upmarket avenue in the city. Do a spot of window shopping at the prestigious department store, Svenskt Tenn at Strandvagen 5, since 1927, and stop off for a cup of tea in its Tea Salon. Whilst still in Ostermalm, head for lunch over at Ostermalms SaluHall, a classy historic food market where you can purchase dishes that include elk, bear and lots of fish produce.

Head across to Stortorget, the heart of Stockholm’s Old Town and you will find Grillska Huset Konditori run by the homeless charity Stockholms Stadsmission, which offers tasty soups and sandwiches, as well as the famous Swedish Kanelbulle and cardamom buns. Also in this quaint little square you’ll stumble across Kaffekoppen. This cozy and very popular coffee shop is a delight of a place to visit. Be sure to sit downstairs in the atmospheric, low lit cellar and order hot chocolate served in a bowl – an excellent choice to warm up, especially in the winter months! 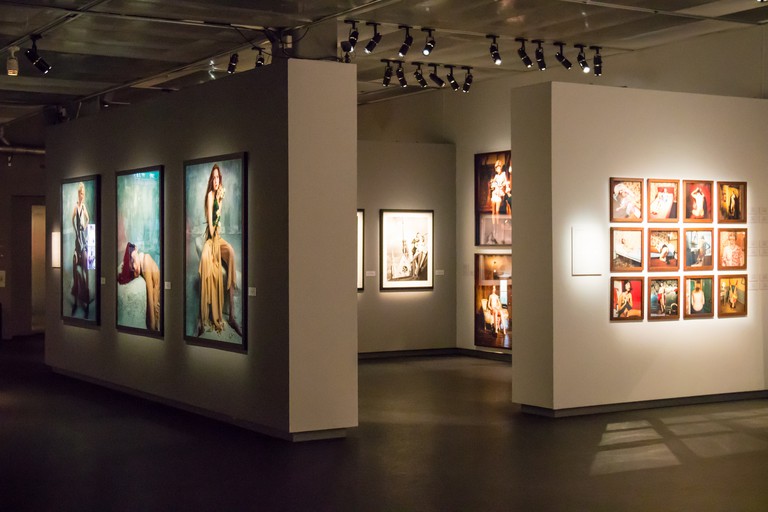 Fotografiska is situated in the trendy district of SoFo | © Susanne Nilsson / Flickr
Book Now
Head just south from Gamla Stan and you’ll find yourself in Sodermalm and the trendy district of SoFo surrounded by hip restaurants and bars. Fotografiska is situated along the waterfront. The old customs hall has been transformed for the modern world and is now one of the best and largest places to see contemporary photography. Experience the exhibitions or simply soak up some fantastic views across Stockholm from its top floor restaurant.
Open In Google Maps
22 Stadsgårdshamnen, Södermalm Stockholm, Stockholms län, 116 45, Sweden
+46850900500
Visit Website
Visit Facebook page
Give us feedback

Drottningholms slott | © Kemitsv/Wikimedia Commons
Book Now
Inspired by the Palace of Versailles and located on Lake Malaren, the palace can be accessed by a steamer, which runs from Stockholm city to Drottningholm. A quiet and peaceful escape from the city with gardens and surrounding woodland paths making it even more tranquil, Drottningholm is quite rightly a listed UNESCO World Heritage Site. The palace is an extraordinary remnant of 18th century Sweden.
Open In Google Maps
Drottningholm Drottningholm, Stockholms län, 178 93, Sweden
+4684026100
Visit Website
Give us feedback

The Stockholm Archipelago (Skärgård) is a beautiful place to visit and Waxholmsbolaget ferries operate throughout the extensive network of islands. In winter, it is often covered in snow and ice and extremely picturesque, though one thing to watch out for is that the ferries don’t run very often. Visit the closer inner islands such as Fjaderholmarna or Vaxholm or venture further afield to Grinda, Sandhamn or Moja. Wherever you choose, in summer you can swim on some of the islands or enjoy hiking in the peaceful natural surroundings.

If you feel like staying in a place where you get to experience the countryside and nature, yet you also want to remain close enough to see the city, explore the districts just south of the city, such as Tyresö. South of Södermalm, this district is accessible from T-Bana stop Gullmarsplan by catching a bus headed towards Rotvik. Here you can find typical red Swedish cabins and stay on a farm. This is particularly recommended during winter when often you will find the nearby Tyresta National Park covered in snow.