How to Keep Fit in Winter Just Like the Stockholmers Do 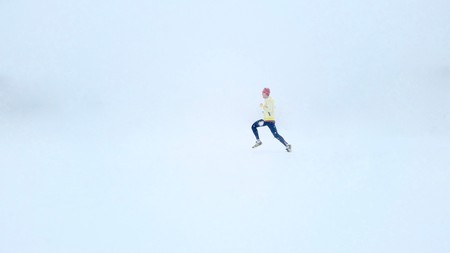 Sweden is one of the healthiest and most active countries in the world, and many Swedes love nothing more than lacing up their running shoes, putting on their swimming trunks or grabbing their hockey stick and going out and exercising. But how do they manage when the temperature start to drop? In summer, you will see hundreds of people in parks and lakes all around the city working hard and getting their sweat on. When the sun is out, people in Sweden’s capital are always out as well. In winter, though, it would be easy for Swedes to take one step out of the door and decide that exercise can wait. However, many Swedes decide to double down. Far from being pushed into winter hibernation, many of Stockholm’s inhabitants see the cold weather and dark skies as a challenge. Here’s how to keep fit in winter, just like the Stockholmers do. 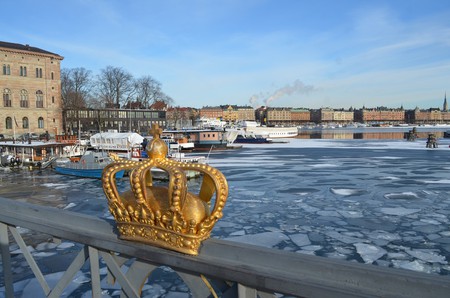 Stockholm can get pretty nippy in the winter | © eGuide Travel / Flickr

There are, of course, a number of indoor activities available, which some Stockholmers see as a halfway house. Stockholm is a city with its fair share of gyms as well as excellent indoor exercise classes that range from winter favourites such as hot yoga to more unusual pursuits such as a trampoline combat class. If you did want to avoid being outside for most of winter, it is possible – but for some, that’s just too pedestrian.

It is impossible to keep some Stockholmers away from the water, the ice or the snow, which they see as elements to be conquered. So what do Stockholmers do outside in the winter? Where do they do it? And how do they prepare to take on the cold? It’s all well and good wanting to go for a run in winter, but a great deal of success is in the preparation, such as what you wear and how you protect yourself from the cold.

One of the most popular outdoor pursuits in winter is bandy. Those who just can’t live without the buzz of competitive sport turn to this interesting game in winter to give them that winning feeling. It is a fun and exciting sport that combines ice hockey, football and field hockey, and so is great for people who can ice skate. Stockholm’s bandy association helps people to find clubs or classes where they can learn and then play competitive bandy. Equipment can usually be provided by the clubs, meaning all you need to do is turn up and get on the ice. If you want to practise off the ice first, then inner bandy (indoor bandy) is a great first step. 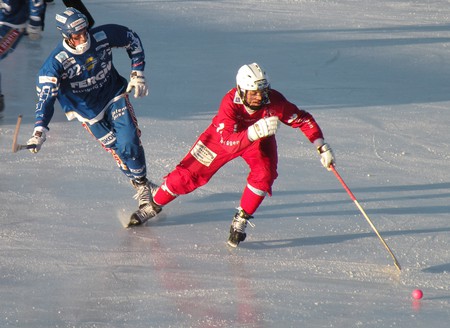 Many Swedes prefer the challenge of beating themselves rather than another person or team, and continue to run into the winter months. As soon as they hit the street they forget about the cold and begin to aim for a new personal best. A famous saying in Sweden is, ‘Det finns inga dåliga väder, bara dåliga kläder,’ which means there is no such thing as bad weather, just bad clothes. So make sure to take warm gloves, running pants, a good windproof jacket and a headband that covers your ears.

The same running routes that are enjoyed in summer remain popular in winter. Some of the best places include Hagaparken, Liljeholmen’s waterfront, Kungsholmen island and the island of Djurgarden. There are several running clubs if you want a group of people to link up with. Remember to take a reflective jacket in case it starts to get dark.

Many Stockholmers will take advantage of the snow that winter brings, grab their skies and head off to Hammarbybacken or Hellasgarden to hit the slopes. Stockholm is by no means Sweden’s best spot for skiing, but the ability to spend the day skiing and then be back in the centre of the city in 20 minutes is very appealing. 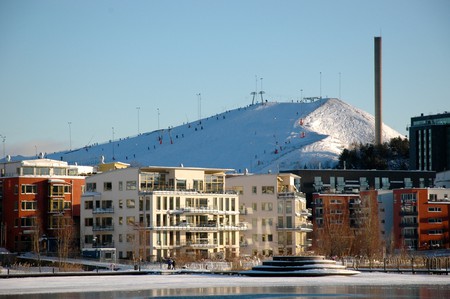 Hammarbybacken has four downhill slopes, a snowboarding park and even a ski school. You can rent equipment there, too, so there is no need to schlep your own. Hellasgarden also gives you the opportunity to indulge in one of the toughest but most rewarding sports: cross-country skiing. For the ultra-fit in Stockholm, this is the ultimate activity to stay active in winter. Once again, you can rent everything you need there.

Finally, for the truly brave (or foolhardy) Stockholmers, the only way to fight off the winter blues and keep fitness levels up in winter is to jump into a lake or outdoor swimming pool. Despite plunging temperatures and ice-covered water, some places in Stockholm offer the chance to do ice-hole swimming. A large hole is cut in the ice, and in you hop. Many ice-hole swimming areas are next to a sauna, so the reward for this bravery is usually a spell in a relaxing wood-panelled room where you can warm up quickly. If you want to try this truly amazing winter activity, Hellasgarden have an ice-hole swimming area. You would be joining a growing movement of ice swimmers, with 300 of them competing in the 2016 ice swimming world cup, held (of course) in Sweden. 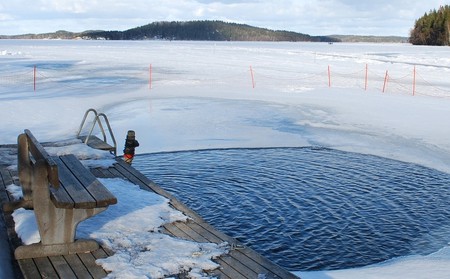 Stockholmers believe that one of the keys to holding off the winter blues is to get outside and to be in nature. Rather than succumbing to the cold, they embrace it and see it as an aid to exercise. By embracing and enjoying the winter months, you can be healthier and fitter for the whole year. So next time you are in Stockholm during the winter, make sure to get out there and get moving!