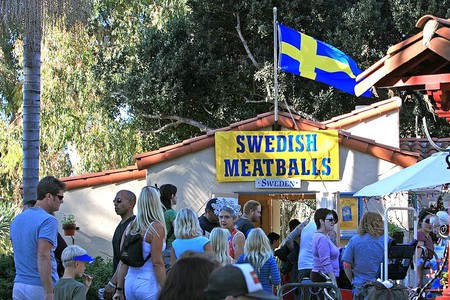 Meatballs are a staple of Swedish food | © Bengt Nyman / WikiCommons

A number of amusing stereotypes often have a grain of truth to them, and the one about Sweden being a meatball-loving country is on the money. Swedes might not eat meatballs every single meal, as the Swedish chef from the Muppets seems to suggest, but they do love meatballs – with potatoes and a beautiful thick gravy – almost as much as they love Zlatan Ibrahimovic or the Eurovision song contest. They can be lovingly handmade ones, constructed from the finest meat, or frozen ones grabbed on the way home to work and chucked into the oven for a quick dinner. It doesn’t matter – as long as there are enough of them.

The history is far from Sweden

This has led many to wonder why they became such a popular food across the world and how they became so deeply associated with Sweden, before becoming a global favourite. After all, the history of meatballs is as rich as the gravy they are served in and, perhaps surprisingly, doesn’t begin in Sweden – it doesn’t even start in Northern Europe.

A number of sources have noted that Four Joy Meatballs, which are commonly made today in China, are derived from Ancient Chinese cooking methods first used in 221 BC, quite a long time before Sweden as a country even existed. There are also people who have highlighted that, when looking at the Ancient Roman cookbook Apicius, you can see a recipe for something that seems very similar to modern-day meatballs. 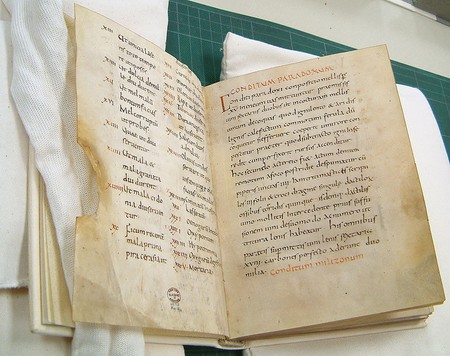 Ciao Italia states that the Apicius suggests “grinding chopped meat with the centre of fine white bread that has been soaked in wine”, which sounds similar to how meatballs are made now.

The old Iranian dish, Kufteh Tabrizi, as well as the medieval Poume d’oranges, both bear a resemblance to modern-day meatballs. It is quite clear then that their origin is not in Sweden.

However, their popularity derives from the way Swedes made them as well as how they ended up in Sweden. 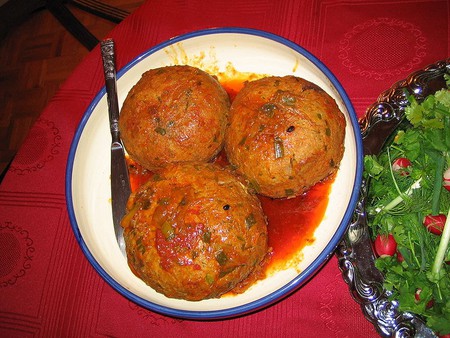 This Iranian dish is much older than Swedish meatballs | © Fabienkhan / WikiCommons

For much of the middle ages, Sweden was a fairly poor country with little influence. However, after it broke from the Kalmar Union to become independent from Denmark and Norway in 1523, it embarked on a period of Empire building where its influence spread across Europe.

Unfortunately for Scandinavia’s largest country, it became overconfident under the rule of King Charles XII, who made the foolish decision to invade Russia.

As with many invasions of Russia, both before and since, Charles’s attempt failed badly – culminating in a defeat at the Battle of Poltava in June 1709. Charles had lost over a third of his infantry and in doing so depleted a lot of Sweden’s resources. This point is often seen as the end of the Swedish empire and it forced Charles’s to flee into the arms of the Ottoman empire. 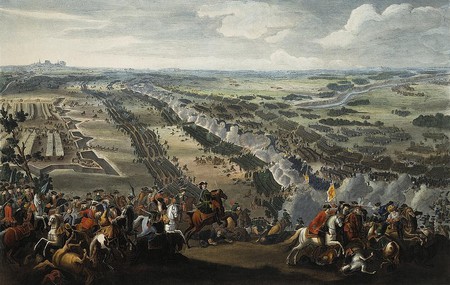 There he was treated as an exalted guest and travelled across the empire – sampling the culture, experiencing the different cities and tasting the food.

He was particularly taken by a dish that very closely resembled modern Swedish meatballs. He enjoyed them so much that, when he finally returned to Sweden, five years after going into exile, he brought the recipe back with him.

Charles would enjoy them with coffee or other drinks, as a snack – rather than a meal. Despite fleeing Sweden, he was still the King and, as people often do, they copied the King. The dish became a staple of the upper classes and slowly filtered its way down to common Swedes, especially after the invention of the meat grinder and the ubiquity of wood stoves in the 18th century. 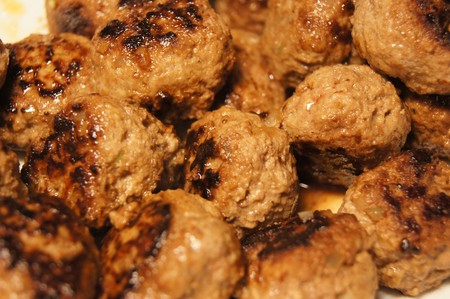 The Swedish way of making meatballs became more and more popular and – as the world became more closely linked in the 19th and 20th centuries – so did access to this brilliant dish.

This can also be attributed to the popularity of IKEA, which brought meatballs and flat pack furniture to places across the world.

Where to get some

There are, of course, many wonderful places in Sweden’s capital Stockholm to sample traditional Swedish meatballs. Beyond IKEA, there is Meatballs for the People, which experiments with different types of meatballs. You can also enjoy them at the historic Den Gyldene Freden, a restaurant that has been open since 1722, or Restaurang Tradition, which crafts classic Swedish dishes. 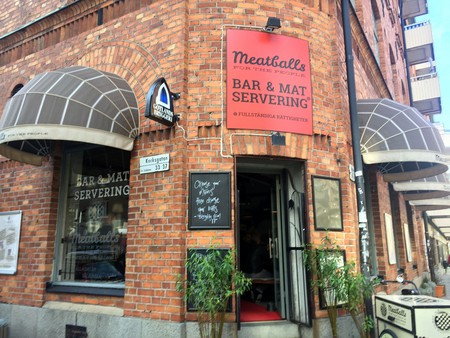 It is worth visiting any of these places to experience the care, love and passion which Swedes have for one of their favourite food.