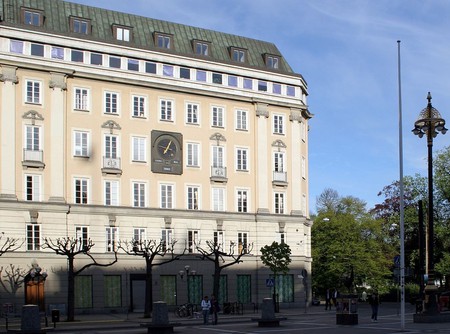 The scene of the crime |© Wikipedia Commons

Stockholm Syndrome—feeling trust or an affinity with someone harmful as a coping strategy—is a phrase you hear quite a bit these days, but where it originated has become somewhat obscured by the mists of time. It was coined after one of Sweden’s most famous crimes, one that drew the attention of the world’s media, involved the Prime Minister of Sweden, and even inspired one of the great films of the 1970s.

Swedish career criminal Jan-Erik Olsson, on parole from prison, kicked the whole thing off when he attempted to rob one of Sweden’s biggest banks, Kreditbanken at Norrmalmsborg, on August 23, 1973. Things didn’t go quite according to plan. The police were immediately summoned and when they went inside, Olsson opened fire, injuring one policeman before forcing the other to sing a song. He then took four bank employees hostage, and demanded his prison buddy Clark Olfosson be brought to the bank, as well as three million Swedish kronor, several guns, bullet-proof vests and a car. 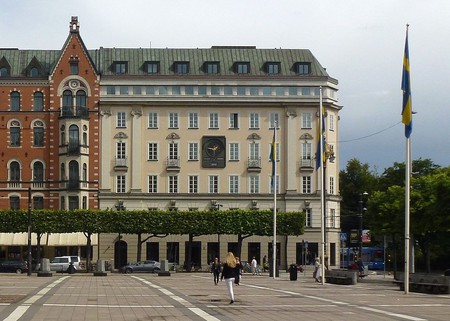 Where the siege took place / Photo courtesy of Wikipedia Commons

Clark Olofsson was also a career criminal, having committed his first crimes at 16 and going on to commit a number of armed robberies. He was known to be violent but he was also charming and handsome, something that would get a lot of play in the press after the siege came to an end and people started looking for answers as to why the four hostages came to seemingly side with their captors, despite being held in the bank vault and being tortured with nooses and dynamite. 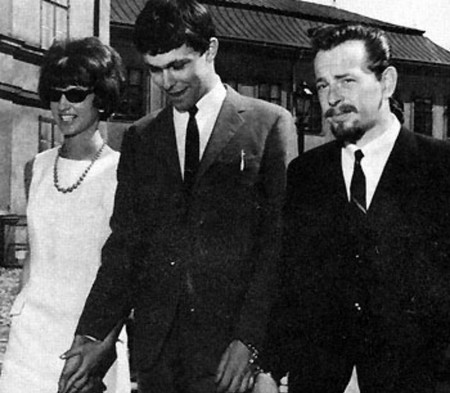 A line of communication was set up so that police negotiators could speak with Olsson and Olofsson. One hostage told police that she felt safe with her captors but was afraid police would escalate things, possibly by storming the bank. Olsson called Prime Minister Olof Palme and said he would kill the hostages—one could be heard screaming before Olsson hung up the phone. Palme received another phone call, this time from one of the hostages, who said the two criminals were “very nice men” and that she was afraid the police would attack the bank and cause them all to die. She also insisted the two men be allowed to leave the bank with the hostages in tow, something negotiators had previously refused. 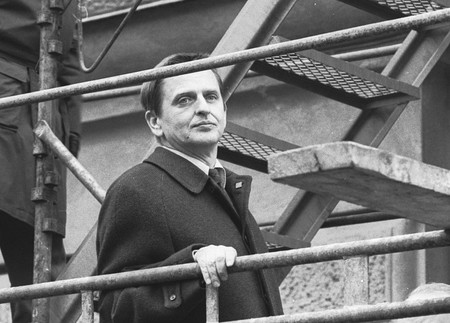 Meanwhile, Olofsson strolled among the hostages singing “Killing Me Softly,” a popular song of the time, apparently unaware at first that police had drilled a hole into the main vault from the flat above. A picture of the hostages with Olofsson was taken via the hole and widely printed, causing Olofsson to fire into the hole several times, injuring an officer.

Olsson also fired his gun and threatened to kill the hostages should any attempt be made to flush him and his cohort out using gas. Authorities used gas anyway and on the August 28, the two men surrendered and the hostages were freed without any major injuries. What happened next shocked the world.

When Olsson and Olofsson went to trial none of the four hostages would testify against either of them. In fact, they not only refused to testify, they actually began raising money for the two men’s defense. Convictions and long sentences were obtained by prosecutors despite the lack of cooperation from the hostages but Olofsson’s conviction was later overturned, following his claims that he did not help Olsson plan or carry out the robbery and was simply trying to save the hostages by keeping the situation calm. The hostages also spoke of being well treated and said that at the time they believed they owed their lives to the criminals. 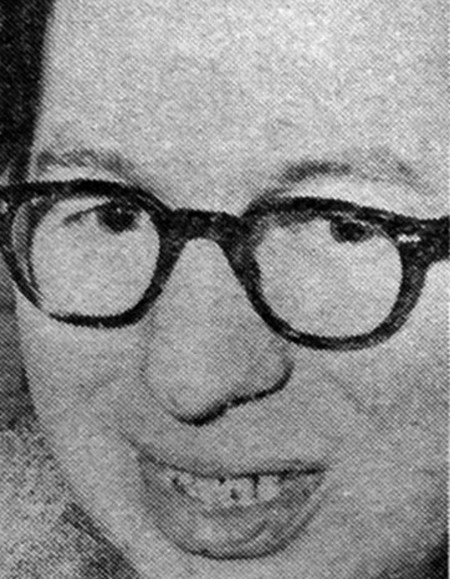 So why and how did these four innocent people come to sympathize so strongly with their captors? It’s something that’s fascinated experts for years. Swedish psychiatrist Nils Bejerot is credited with coining the term, while psychiatrist Frank Ochberg went on to define the syndrome for the FBI and Scotland Yard during the 70s, a time when high-profile hostage situations were on the rise.

There is still debate as to whether the phenomena is a valid one, but overall it’s when a person first experiences something terrifying and unexpected—such as being taken hostage—but are then given small kindnesses, such as being allowed to go to the bathroom without permission, or perhaps given food. This leads to powerfully positive feelings. And captors aren’t immune to this either. Olsson has been quoted as saying that at the beginning he could have easily killed the four hostages but that changed over the course of the siege, because the hostages did everything he said and “there was nothing to do but get to know each other. They made it hard to kill.”

In a 2009 interview with Radio Sweden, one of the hostages recollected: “It’s some kind of a context you get into when all your values, the morals you have change in some way.”

Both men drew a lot of attention after the events at Norrmalmstorg, much of it female. Olofsson has been called Sweden’s first “pop star criminal” and both he and Olsson had contact with the hostages over the years, while both continued to commit crimes. Olsson released his autobiography in 2009, while Olofsson changed his name and continues to live abroad. The incident inspired a number of films, most notably the 2003 Swedish film Norrmalmstorg and the classic Al Pacino film Dog Day Afternoon.