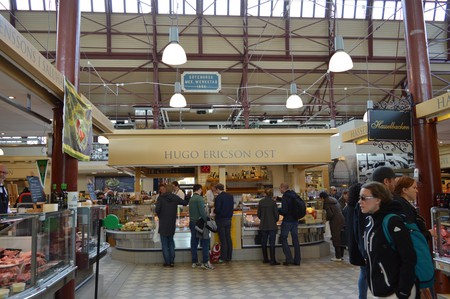 Gothenburg is a very social and collaborative city. It is a city that is considerably more relaxed and laid-back than Stockholm, where everything is always on the move and people are always in a rush. Gothenburg feels more like a city where you can pause and take a breath.

This doesn’t mean that you can’t find as many exciting and interesting experiences in Sweden’s second city as in its capital – rather, that you can feel a collective calmness that Stockholm lacks. One of the great examples of the social nature of Gothenburg is its Market Hall (Stora Saluhallen), which has been one its main meeting places since it informally opened in 1850 before an official launch in 1889.

The market hall actually began, as many things do, as a gathering – in this case, of people who wanted to sell their wares. They formed a semi-circle of stalls in Kungstorget (The Kings Square), one of the main squares in the city and began selling a variety of different foods – including meat and fish. This collection of stalls was very popular, with people flocking to buy their produce there. 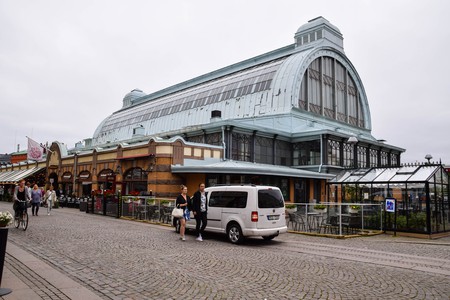 More customers meant more stalls and eventually, there were 75 places all selling a variety of products and a steady stream of people hoping to get some fresh food there. The market was covered, but it was still open at its sides to the elements and the air, meaning that bacteria was an issue as was the smell. There were also horses all over the place – as that was the primary method of transport.

This combination was rather unappealing to the municipality, to the shoppers and even the sellers, meaning that a solution was sought, to make the market safer and more formal. It was then decided in 1887 that the city would invest in a proper building, in the square, which would take up 14,000 square feet and cost around 250,000 Swedish Krona. This was a very significant amount of money in the 19th century.

The builders kept the semi-circle of stalls but made it into a proper building, as well as adding this new huge hall. This was a special undertaking and, as the hall’s website notes, was Sweden’s first building made only from stone, glass and iron – with wood a much more common material in Sweden at the time. This gave Gothenburg a new landmark, something special and a place which people would travel just to see, never mind shop in. 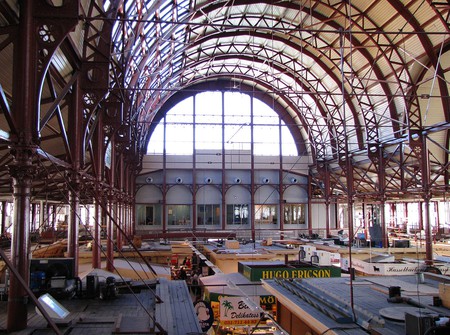 Popular from the word go

When it first opened, in 1889, there was space for 92 vendors and there were, reportedly, fights among people elbowing their way through on registration day in order to get a slice of the coveted space. It was one of the most exclusive spots in the city to sell.

Between its opening in 1889 and 1969, little changed, with small and modest improvements ensuring that it remained popular and in good condition. However, it was built to last and thus there were few big issues. In 1909 the city removed the gas lights and replaced them with electric ones but that was the extent of the changes.

One recurring problem that eventually could not be put off was the temperature in the hall, which was badly affected by Sweden’s harsh winters. It was becoming as cold as -15 celsius in the hall, which is, of course, not ideal for produce. 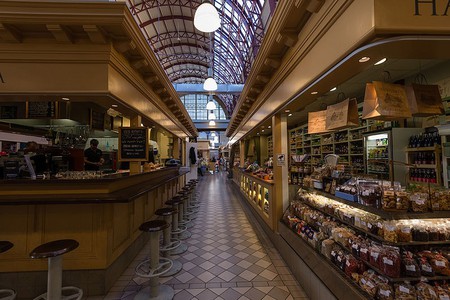 Saluhallen retains many of its original flourishes | © Arlid Vagen / WikiCommons

Thus, the city decided to invest again, this time putting 425,000 Swedish Kronor into updating the heating system, another significant amount of money and a sign of how important the market hall was to the city. This was reinforced in 2009 when once again the owners revamped the entire building, adding new ventilation systems, updating the heating system, adding a cold room as well as adding a processing room.

It is one of the most popular places for Gothenburgers to grab a quick bite, to pick up some food for dinner or to plan a picnic. Over two million people visit every single year and there is a huge amount of variety in the sellers.

You can pick up chocolate, cheese, tea and coffee, Italian food, Oriental food and there is even an Eastern European deli counter. There are also 11 places that do ready-made meals you can pick up for lunch, from their specially crafted lunch menus. If you are feeling hungry, there is no better place to be in the city. 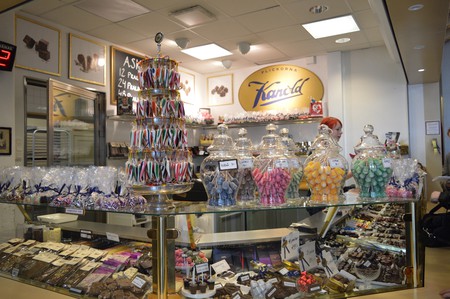 There are all kinds of stalls, there is something for everyone | © claes krantz / Flickr

It is always buzzing with people and excited vendors, all of whom are knowledgeable about their area and very helpful. You can feel the history the moment you step in and it is amazing to know people have been enjoying the food and the atmosphere for over one hundred years. If you are in Gothenburg then this landmark is a must visit.