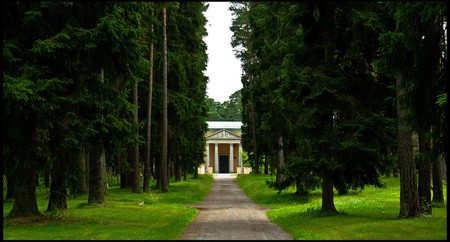 The centre of Stockholm contains some of Northern Europe’s best restaurants, shops, cafés, bars and nightlife. However, outside of the hustle and bustle of Norrmalm, away from picturesque Gamla Stan and beyond ultra-cool Södermalm, are a number of lovely neighbourhoods that are home to some of Stockholm’s best hidden gems. One of them is Skarpnack, a borough in the south of the city. It combines several small districts containing cafés, theaters and restaurants, and has some beautiful green spaces, including a UNESCO-listed graveyard and some pretty parks.

Where it is and how to get there

Skarpnack is in the southern part of Stockholm and can be divided into its north and south parts. The north features a number of quaint small districts (almost like small towns) that are well worth exploring. The south is very sparsely populated and contains villages, a lake and a nature reserve.

The main districts within the northern part of the borough are Hammarbyhojden, Bjorkhagen, Bagarmossen and Skarpnack itself. All of these places have metro stops along the green line and give you the chance to see how regular Stockholmers live.

Skarpnack metro station, with its striking red ceiling, is an attraction in itself. If you buy a day ticket for the t-bana (metro), you can hop on and off the stops between Hammarbyhojden and Skarpnack to explore this area. 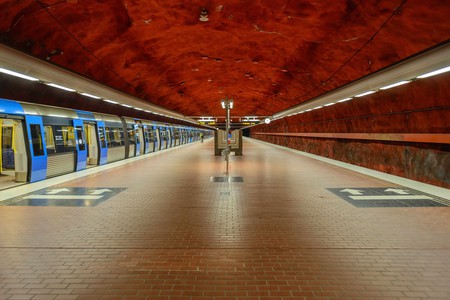 Skogskyrkogarden, or the Woodland Cemetery, is perhaps the most well-known attraction in this area. It is a UNESCO-listed site owing to its striking architecture and the notable people who are buried there. One of the architectural highlights is Skogskapellet, a chapel designed by legendary Swedish architect Gunnar Asplund. He was known for a particular style called Nordic classicism. The cemetery contains the grave of legendary actor Greta Garbo, as well as former NHL all-star Pelle Lindbergh.

Away from Skogskyrkogarden, St Marks Church in Bjorkhagen is one of the leading examples of Sigurd Lewerentz’s functionalist architecture. This church won him the inaugural Kasper Salin prize, Sweden’s oldest and best-known architecture prize. For fans of the outdoors, Nackareservatet is a lovely nature reserve that runs alongside Bjorkhagen, Bagarmossen and Karrtorp. 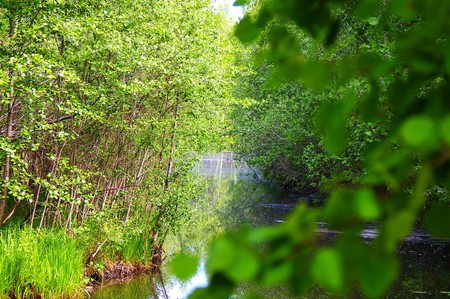 Skarpnack is home to a number of charming konditoris, which are bakery cafés that have a very local, cosy feeling. They are perfect places to have a traditional fika. In Karrtorp, Ma Baker is right by the t-bana stop and feels like a part of the community; as soon as you walk in, you see a row of mugs that belong to regular locals who pop in almost every day. They have a beautiful selection of bread and pastries that you can often see being made. They are even open two nights a week (Thursday and Friday from 6pm until 10pm), and at these times they serve tapas, beer and wine.

In terms of restaurants, Anatta in Bagarmossen is a great place to grab some Thai food, while Tbilisis Corner restaurant near Hammarbyhojden t-bana is one of the few places where you can sample Georgian food in Stockholm. 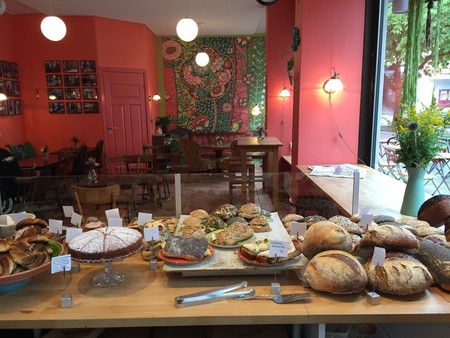 The cultural centre of Skarpnack is Skarpnack Kulturhus, which hosts a range of art exhibitions, plays, 24-hour theme festivals and music and film nights. They also have a program of events for children and families, and they run regular one-day courses in the fascinating art of screen printing.

Reflexen expands Skarpnack’s cultural offerings: the cinema, based in Karrtorp, shows both blockbusters and arthouse films. It regularly acts as the venue for Stockholm’s many film festivals, including the Stockholm junior film festival, which features a range of child-friendly films every April.

Attached to the cinema is a theatre that is co-run by performing arts companies Turteatern and UngaTur. Turteatern aim to put on plays that are cross-cultural, experimental and meaningful; UngaTur host a range of different artistic events primarily aimed at people who are aged 13–25. 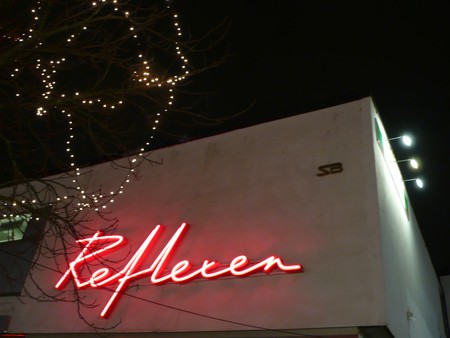 Skarpnack is home to a number of small independent shops that are owned by local people and can be goldmines for finding hidden gems. Karrtorp has Lindra Secondhand, where you can find everything from retro fashion to homeware. Nordic and Retro design in Björkhagen is an excellent place to find vintage Scandinavian furniture; they specialise in items from the 50s, 60s and 70s and provide an incredibly helpful and knowledgeable service. They even have a web shop where you can check out their stock before visiting.