Bromma: The Stockholm Borough You Need To Know About 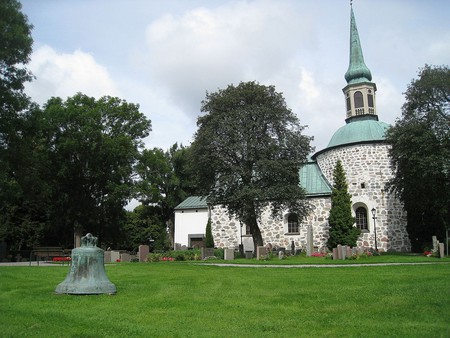 There are lots of ways to get to Stockholm. It is very well-connected by rail, there are boats that sail to Stockholm from Norway, Denmark, Finland, Germany and more. It’s not the best city to drive in but it is a fairly easy city to drive to. However, a great number of people arrive by plane, with Stockholm serviced by three great airports, from Arlanda right in the north, to Skavsta in the south as well as Bromma in the West. Often people will land at the airport and then search for a taxi, bus or train before heading into the city.

Bromma, more than an airport

This means that it can be easy to miss many of the interesting and enjoyable things to do in the areas around the airports. This is particularly the case in Bromma, which (while the airport is absolutely a key part of its offering) also has a number of worthwhile things to see and places to explore. It is a vibrant, well to do and relaxed borough, where nature meets beautiful architecture and exciting activities.

It is a place that is well worth exploring during the day, should you have an evening flight or even making a detour, if you are looking for somewhere outside of the city centre that is devoid of hustle and bustle. This business makes central Stockholm exciting but you can want a short break from it. Bromma feels a world away from Stockholm city centre – despite being less than a 20-minute metro ride away from the Central Station. You can leave your luggage in lockers at the airport if you need, meaning you don’t have to take bags around while you explore Bromma. 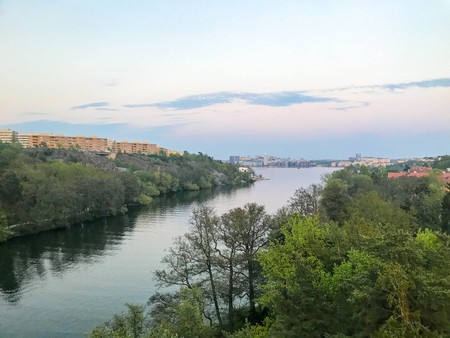 The main reason to visit Bromma, besides the airport, is the stunning Judarskogen nature reserve, one of Stockholm’s best-loved outdoor areas. It is filled with fantastic fauna and flora to look at with grey willow, buckthorn and black alder trees dotted around as well as perch, roach and carp being found in the lake at the centre of the reserve.

It is also a great place to fish for crayfish, which were added to the lake specifically for this purpose.

If you don’t quite have the time to explore a whole nature reserve, there are some smaller but no less lovely parks and forests around Bromma, including Akeshov slotspark, and Lillsjo park – which is located right next to a charming little lake called Lilssjon. Going to Bromma is a great chance to go out into nature. 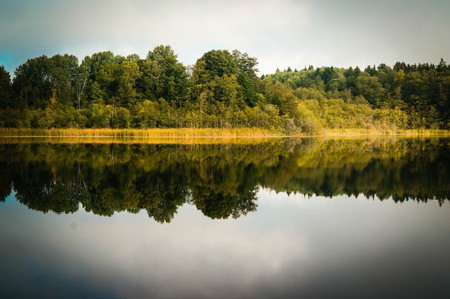 Alongside the natural delights of the borough, Bromma is also home to some notable historical buildings – with Akeshov Castle being one of the best examples. The castle turned hotel is a great place to stay if you want to be near Stockholm’s centre, and Bromma airport, but not right in the middle of the city. It also has a great restaurant if you want to grab a bite to eat.

Another castle in the area is Ulfsunda Castle, which was built in the mid 17th century, and like Akeshov castle is now a hotel and conference centre, therefore it is a great place to stay or eat. Alongside these two castles is Bromma Church, which dates all the way back to the 12th century.

It is one of Stockholm’s (and Sweden’s) best examples of Romanesque architecture, and features a roundhouse, a crypt and even a weapon house – which is where members of the congregation would leave their weapons before services began. It also has some stunning wall paintings, which were done in the 15th century and carefully restored in 1905. It is a real landmark in the borough. 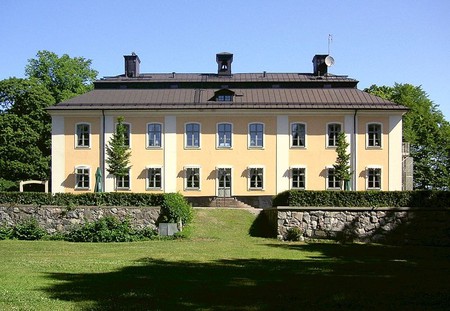 You can also access Drottningholm Palace very easily from Bromma. The Royal Palace is one of the most popular tourist sites in all of Sweden. It is one of the royal residences that are often home to the King and Queen of Sweden, who love to stroll in its beautiful gardens and enjoy its 17th-century architecture. You can drive from Brommaplan metro station in just six minutes or hop on the 176, 177 or 323 buses and be there in less than 10.

If that isn’t enough, there are also some great restaurants, cafes, as well as activities to do in Bromma. Right outside of Brommaplan is a ring of shops, which include Sklep cafe and deli, East Ocean Chinese restaurant, Sorbon, a classic neighbourhood pub, and Finess konditori, a lovely rustic bakery that makes great pastries.

A little further from the station is Astrids, which makes classic northern Swedish cuisine in a refined and relaxed environment. You also have the excellent Poke burger, Kalaset restaurant, and Abrahamsbergs Cafe – all of which are in Bromma.

In terms of activities, Bromma is home to IF Brommapojkarna, who are Europe’s biggest football club in terms of the number of teams they run. Their men’s first team will be playing in Sweden’s highest division this season and so will be well worth watching. 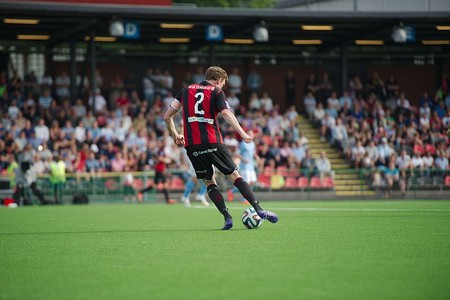 Bromma, well worth a visit

Bromma then is more than just an airport. It is a place chock full of stunning nature, beautiful buildings, great places to grab a bite and fun activities to do. It is well worth spending some time there – whether you are going to the airport or not.