Beyond Hollywood: A Film Lover’s Guide to Stockholm 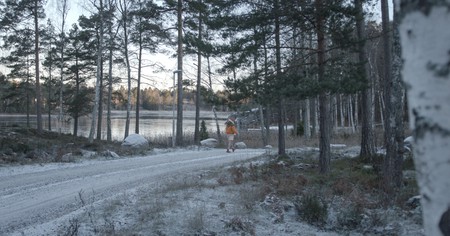 On the outskirts of Stockholm. Still from the ‘Beyond Hollywood’ series, 2019 | © Culture Trip

The capital of Sweden has become synonymous with a genre of storytelling that permeates international film, television and literature: Scandi noir, packed with crime, violence and murder. Our guide to Stockholm delves into the rich cinematic history of the country and discovers why a place with some of the happiest people in the world is also home to some of the darkest stories around.

In our original series Beyond Hollywood, Culture Trip’s resident film editor Cassam Looch explores the cultures and film industries of stunning destinations around the world. Use this film lover’s guide to explore Stockholm and discover the best places to go and things to see to get under the skin of the home of Scandi noir.

Get around by train or bus

The easy and affordable Stockholm Underground is your best bet for public transportation. The metro runs throughout the city, or you can try the bus system, also favored by locals. Otherwise, trains are an efficient way to get around, and Ubers and taxis are plentiful. Although Scandinavia is pricey in other respects, transport is one area where you won’t feel like you’re overspending. 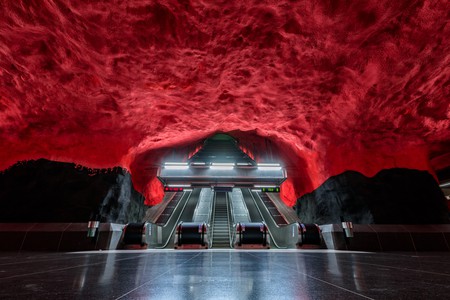 Stieg Larsson’s Millennium trilogy (The Girl With the Dragon Tattoo is the first novel of the series) was crucial in bringing the Scandi-noir genre to international audiences. Author Stieg Larsson’s use of Stockholm means a walking tour of the city is a must for any fan. You’ll find a combination of locations made famous in the novels, such as Mikael Blomkvist’s office and Lisbeth Salander’s apartment, as well as some backdrops like the lakeside retreats used in the popular film series. 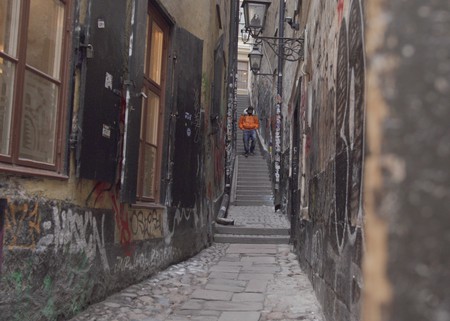 A Culture Trip film editor walks alone in a darkened alley in Stockholm. Still from the ‘Beyond Hollywood’ series, 2019 | © Culture Trip

The films The Girl in the Spider’s Web and The Girl With the Dragon Tattoo featured in this episode are now available on Blu-ray™ and Digital.

If you think you’ve had authentic Swedish meatballs thanks to a Sunday-afternoon jaunt to IKEA, think again. Husmans Deli is situated in a busy food market that’s a popular spot with locals and tourists alike. The meatballs are served with a creamy sauce, pickled cucumbers, a luscious loganberry jam and mashed potatoes. 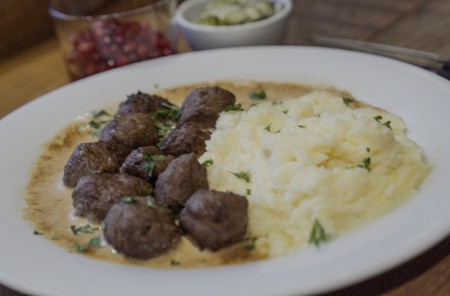 Here they are, the meatballs you’ve heard so much about. Still from the ‘Beyond Hollywood’ series, 2019 | © Culture Trip

The Svenska Filminstitutet serves as the central hub of domestic filmmaking in Sweden. The building was completed in 1970 and now houses a large film archive of mostly local films. The Stockholm International Film Festival has events around the city, although it is the institute that has the majority of screenings and talks. The works of Sweden’s most famous director, Ingmar Bergman, feature heavily throughout the venue in the form of posters and memorabilia. 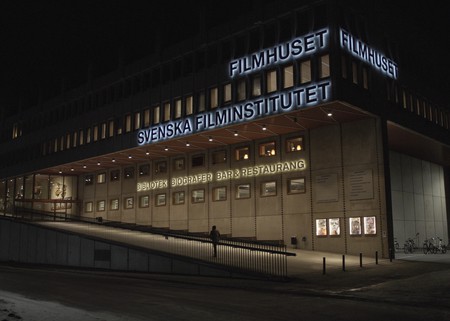 A pedestrian nears the entrance to the Swedish Film Institute. Still from the ‘Beyond Hollywood’ series, 2019 | © Culture Trip

Stay on a boat at Threestar Marina

Stockholm is made up of a series of islands connected by bridges and tunnels, so seafood plays an important part in the cuisine of the city. Some smart entrepreneurs have capitalised on the city’s proximity to the Baltic Sea and turned their boats into rental accommodations for tourists. These don’t cost that much more than typical hotels back on land (you can rent a two-bed boat for about £50), and they offer up some fun extras, such as hot tubs on the upper decks and waterfront views of downtown Stockholm. There’s also a chance of catching the Northern Lights.

Have a fika at Färgfabriken

One word you’ll hear often in Sweden is ‘fika’. Some mistake the term as meaning simply a coffee break, but fika is more of a traditional light snack, something sweet to eat and a beverage shared with good company. Though it is an informal gathering, fika is taken seriously by Swedes, so avoid any potential rudeness and be sure to join in with others when you’re invited.

Sandhamn harbour, part of the wider Stockholm archipelago, usually has a population of about 100 residents. But this number swells to over 2,000 people as visitors flock to the area to enjoy the summer on the sea. Visitors can stay in one of the hotels on the island just like Mikael Blomkvist, one of the main characters in the Millennium trilogy, who had a cabin on Sandhamn where he would relax and write. Travelling by boat between the small islands is the most common way to get around, but to get the best views a helicopter tour is unbeatable. 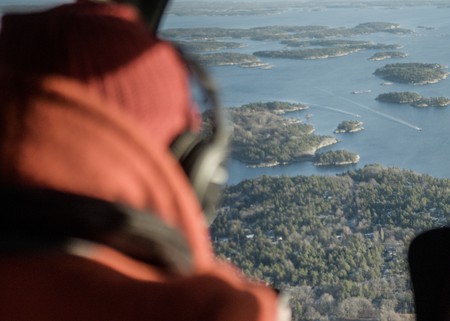 Sandhamn harbour, part of the wider Stockholm archipelago, as seen from the helicopter ride. Still from the ‘Beyond Hollywood’ series, 2019 | © Culture Trip

Brave a cabin in the woods

In Scandi noir, city centres tend to be depicted as edgy, whereas the more isolated countryside is shown to be quiet and serene, punctuated by extreme violence. In real life, however, Swedes enjoy the respite of their country’s idyllic rural areas any time of year. Locals like to combine cold months with their deep affinity for water and partake in ice swimming. The best way to get a sense of this rural lifestyle is to head out of Stockholm’s city centre and into the woods. 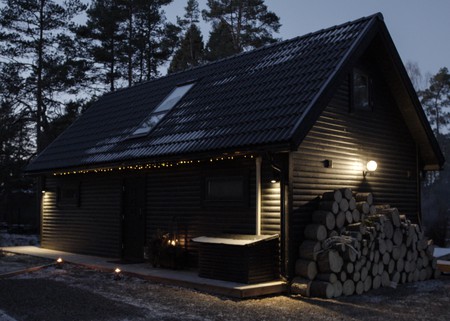 A Swedish cabin on the outskirts of Stockholm. Still from the ‘Beyond Hollywood’ series, 2019 | © Culture Trip

Travelling into and out of Stockholm is a simple affair thanks to the excellent rail network across the country, with direct access to Denmark and Norway from Stockholm Central Station. The trains are spacious and well stocked with food and drink, and they offer superb views along the way. Plus, Copenhagen is only five hours away… 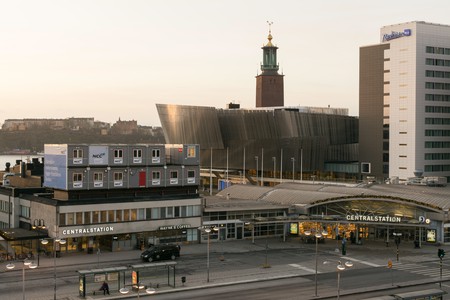 Our original series Beyond Hollywood celebrates lesser-known film industries around the world. Culture Trip’s resident film editor Cassam Looch meets established and emerging creators around the world and asks what the films we make say about the cultures we live in.