9 Best Picnic Spots in Stockholm You Should Visit 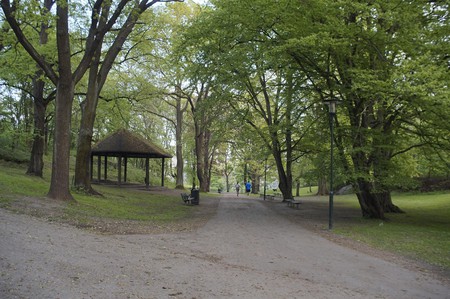 Sweden is not a country known for its stunning year-round weather. If you are looking for a place to have a permanent tan, Sweden is not the country to be in. However, while this does mean the sun is not always out when it is, Swedes endeavour to make the most of every ray. Everything moves outside – from work to relaxing to having fun. There are outdoor offices, parks filled with people and every bar has an outside spot to sit in. It is also the perfect time for a picnic, and there are so many great spots to enjoy a delicious outdoor meal. Here are nine of the best picnic spots and where to buy food near them.

The island of Djurgarden is utterly stunning and has, for a long time, been a favourite place of the Swedish royal family. In fact, the island is owned by the Swedish crown and has been since the 15h century, as King John III enjoyed hunting on the island so much. Today it has many of Stockholm’s main attractions, including the ABBA and Vasa museums, but the park at its centre, Kungliga Djurgarden, is the best place for a picnic. There is a lovely cafe and restaurant called Rosendals Tradgard, right at the park’s centre and you can grab something to eat from there. 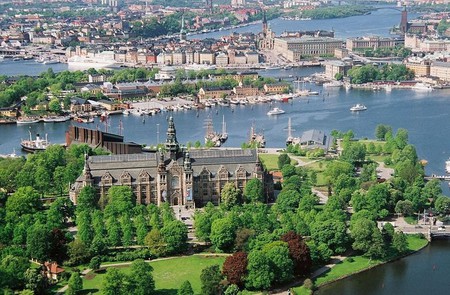 So-Fo on Sodermalm is the contemporary and hipster centre of Stockholm. It is replete with all kinds of trendy shops, excellent cafes and cool restaurants. Right in the middle of So-Fo is Nytorget, a small and charming square that is delightful in summer and has plenty of benches and grass to sit on. In one corner of the square is the very popular Urban Deli, which is broadly similar to Whole Foods in the United States. It sells a range of organic food and is the perfect place to rustle up a picnic from. 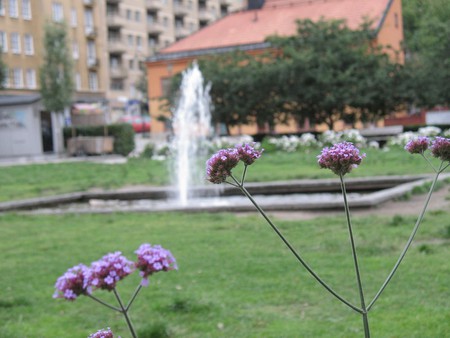 Ostermalm is one of Stockholm’s most beautiful and upmarket neighbourhoods, full of boutique shops, charming hotels and it has several Michelin-star restaurants. Humlegarden was once a royal garden but has since become a place for families to play, people to relax with a book and a place for picnics to be had. It is very close to Ostermalms Saluhall, a food hall which has many great places to get food from. It doesn’t matter if you are in the mood for classic Swedish food or a spicy Lebanese dish, you’ll find it in the food hall.

Down in the south of the city is Farsta Strand, the last stop on the green line on the metro, which is right by the Magelungen lake, a beautiful sight to have a picnic in front of. You can walk right down to the lake and then find one of the many benches to sit on and admire the beauty of the water. The metro station is next to a number of restaurants but the pick of the bunch is Bun Meat Bun, a Shake Shack–style burger place, which is very reasonably priced. A lovely burger and a beautiful view – perfect! 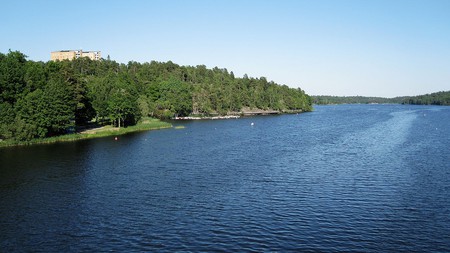 Skinnarviksberget is the tallest natural point in Stockholm and therefore, is the ideal spot for a picnic with a view. You can see almost the whole city from Skinnarviksberget and it is sometimes hard to concentrate on eating – such is the beauty of the spot. Skinnarviksberget is in Sodermalm, like Tantolunden on the west side, and thus is surrounded by plenty of places to get food to take up to the top of the hill. Kaffebar is very close and has both superb coffee and delicious sandwiches. 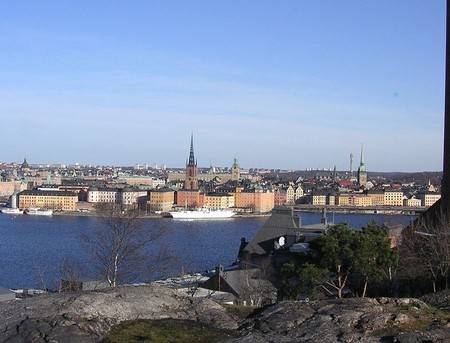 A small park right in the centre of the city might not seem like the best spot to have a picnic. However, it is amazing how this little slice of greenery feels like an urban oasis, and because it is in the centre of the city, there are some really wonderful places to get food. The best of them is La Neta, a Mexican restaurant that was started by a group of Mexicans who despaired at the lack of real Mexican food in the city. You can grab some takeaway tacos and relax, while watching people speed around in the centre of Stockholm. 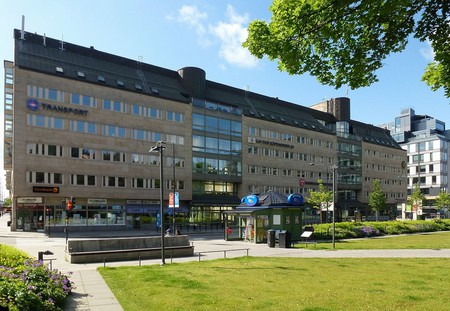 The ideal summer spot for so many reasons, with the primary one being that it is an activity park. There are a variety of different games and activities available for people visiting the park, ranging from football pitches, and beach volleyball courts to swimming spots. When you are done with your activities and sit down to relax, you get beautiful views of the Vasterbron bridge and of Sodermalm. The closest metro station is Fridhemsplan and you can get food from the ICA right next to it. 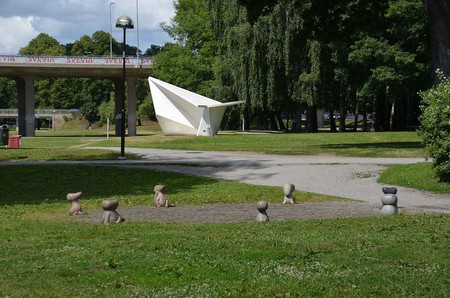 Ralambshovsparken has some great sculptures to see | © Bengt Oberger / WikiCommons

Stockholm is blessed with having several lovely nature reserves that are full of all kinds of plants and animals – as well as having great hiking trails to explore. Tyresta is the largest and most beautiful of all of them, and while it is a little far out of the city, it is well worth hopping on the 807 or 809 bus from the metro station Gullmarsplan to get there. It is 20 square kilometres of beautiful nature and feels a world away from Stockholm, despite being less than an hour from the centre. As it is so secluded, it makes sense to pack a picnic from the Hemkop supermarket at Gullmarsplan. 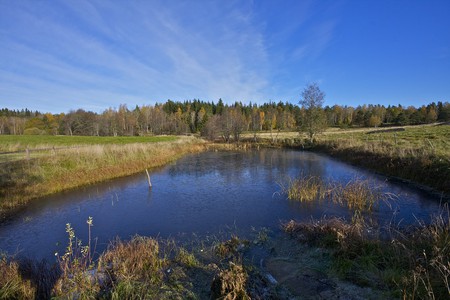 Tantolunden is one of Stockholm’s biggest and most beautiful parks. Nestled on the west side of the island of Sodermalm, it is also a bustling spot in summer, but it is not so busy that you will struggle to find a place to relax. It is down by the water and there is even a small beach where you can sit and watch the world go by. During the summer months, a French boule bar opens, where you can both play boules and grab food. If you are looking for a more do-it-yourself option, there is a large ICA supermarket near the entrance to the park on Hornsgatan where you can buy everything you need.