Are Dungen Stockholm’s Most Influential Band? 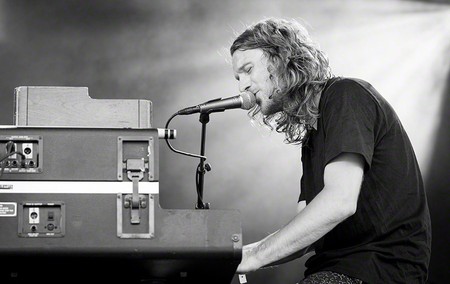 At a recent concert in Stockholm, U.S. indie rockers Fleet Foxes surprised the Swedish crowd by playing a song no one expected them to. The band are currently on the European leg of their tour and have played some major shows including the headline slot at U.K. festival Latitude and Spanish festival Bilbao B.B.K. Their most recent album, Crack-Up, reached the top twenty in the U.K., Irish, Dutch, Australian, U.S. and Canadian charts. In short, they are a band with a great deal of cache and international clout, which is why the fact that they played a song by Swedish psych-rock band Dungen was so surprising.

Fleet Foxes were coming to the end of one of their own songs—”Mearcstapa”—from their most recent album, when suddenly the band’s lead singer, Robin Pecknold, began to sing in Swedish. The band have no familial connection with Sweden to speak of and the lead singer cannot speak Swedish. Yet here they were launching into a song by a Swedish band who, quite significantly, only sing in Swedish. Asked later if he liked Dungen, Svenska Dagbladet noted that Pecknold said, “Do I like Dungen? Yes, they are by far the best band in the world.” 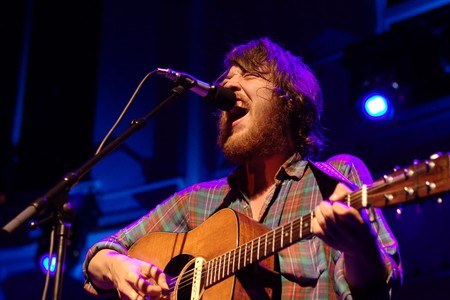 There are plenty of well-known Swedish stars in the world of music, from ABBA to Robyn, and First Aid Kit to Zara Larsson. What makes the support for Dungen from a band as significant as Fleet Foxes is the fact that they only sing in Swedish. This is compared to the vast majority of Swedish artists who sing in English or combine the two—having some songs in their own language and others in English.

Dungen’s influence goes further than just Fleet Foxes. They have long been compared to Grammy-nominated band Tame Impala, whose frontman, Kevin Parker, was so taken by their music that he asked them to mix some of his newly recorded music in 2007. In a 2010 interview with Pitchfork, he called them one of his favorite bands and discussed how much they influenced him. 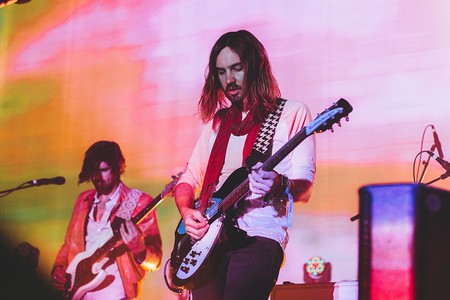 Dungen is set apart from other Swedish language bands in just how much influence they have managed to garner outside of Stockholm and Sweden. When top film director Jim Jarmusch was asked to curate a festival for All Tomorrow’s Parties in 2010 in New York, Dungen was one of the few non-English bands that appeared on the bill. They have played across the United States to audiences full of people who cannot understand what they are singing.

When they played in San Francisco, the SF Gate noted that despite having, “lyrics that only half its audience understands,” they had still managed to, “earn…critical praise in the U.S.” They have somehow managed to transcend their linguistic boundaries to craft a career that has seen them play shows in Sydney, the United States, Spain, London, and Canada, among other non-Nordic countries. 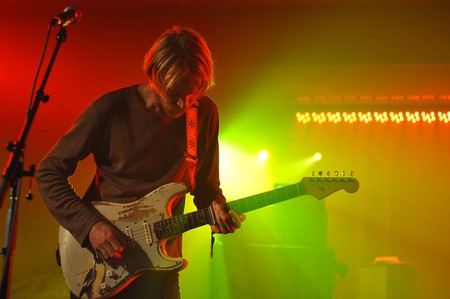 During their time in San Francisco they were given the chance to be on the popular YouTube show, “What’s in my bag,” made by the record store Amoeba Records, which has featured artists as well-known as Outcast, Dave Grohl, and Noel Gallagher. It is a show that has had more than a million views on many of its videos and very rarely features artists who do not sing in English.

When they were in Seattle, the popular radio station KEXP featured Dungen as a live streaming artist and put their performance on their YouTube channel, which has over a million subscribers. In being featured on the show they joined notable acts such as Florence and the Machine, Macklemore, and Arctic Monkeys. Perhaps most significantly, they were featured on Late Night with Conan O’Brien on N.B.C.—a show which does not often feature Swedish language bands. For a Swedish band that does not sing in English to make it onto a show with millions of viewers is impressive. 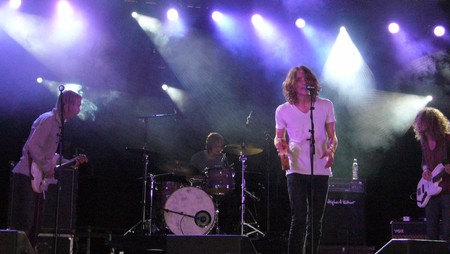 They have not only managed to tour America, but also be accepted into the alternative music scene. Their most famous album, Ta Det Lugnt, was reviewed by some of alternative music’s most famous publications—including the NME and Uncut from the U.K. and Pitchfork and Spin in the U.S. They were even featured in Rolling Stone Magazine’s albums of the year in 2005. They managed to secure distribution deals in both the U.S. and the U.K.—again something which is very rare for Swedish language bands.

Dungen’s reach and their penetration outside of Sweden is very special. It is hard for non-Anglophone artists to make the kind of impact they have. Featuring on a late night chat show and sharing the stage with bands like Tame Impala, Wolfmother, and Fleet Foxes is something few Swedish language bands can match. They are arguably the most influential Swedish band hailing from Stockholm, managing to become a part of the alternative music scene in countries across the world. It would be interesting to see what happens if they ever release an English language album—but for now they are doing very well sticking to Swedish! They were even asked to create a score for the animated film The Adventures of Prince Achmed. It was so well received it was released as a Black Friday Record Store day exclusive in 2016. 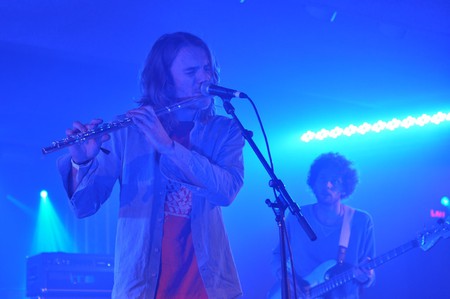 When asked by fasterlouder why they think people liked their music even if they couldn’t understand it, their frontman, Gustav Ejstes, remarked, “I am totally surprised, but at the same time the music could be interesting as a whole.” The fact they have managed to create such a following despite linguistic differences is really wonderful—so if you haven’t already make sure to check them out.