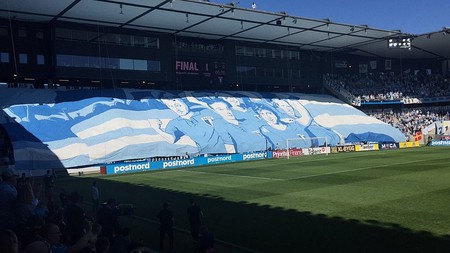 The majority of European football leagues are now coming into the home straight. There are titles to be decided, relegations to be avoided and European places to be secured. In Sweden though, the season is just about to get started, after a break that feels like it has been going on forever.

Sweden’s top division ended all the way back in November, and fans have been counting down the days to April 1st for the new season to begin. Allsvenskan has gained a number of fans in recent years, partly because it is on when other European leagues are having their summer break, and also because it is so exciting. It has the third highest goals per game ratio in European leagues and has had six different winners in the past 10 years.

It tends to have a close title race, with multiple contenders, a battle for its four European places, a solid mid-table scrap and a fight to avoid the drop. This year’s edition is likely to be just as exciting. Here is a look at the runners and riders in the 2018 Allsvenskan.

Since 2013, Malmo FF has dominated the Swedish league, winning four of the last five titles. However, none of its wins have ever come easily, as it has been tested and pressed by several contenders for its crown. The most notable of these is Stockholm–based AIK, who came second last season. It has added some big-name players in the off-season and will be hoping to push Malmo all the way.

Alongside AIK, Ostersunds FK will be aiming to take its first-ever Allsvenskan title. Its amazing rise from playing in the Swedish fourth tier in 2011 to beating Arsenal in the Europa League last month has been well-documented.

The team finished fifth last season but has kept its star players and will be planning an all-out assault on the title. Finally, another Stockholm team, Djurgarden, finished third last season, so has yet to be seen as a potential title winner. 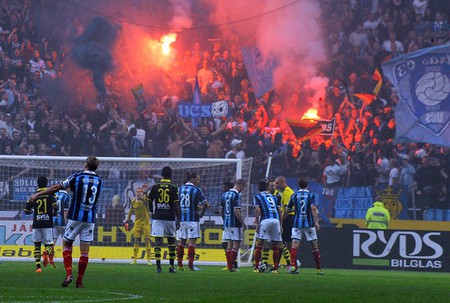 Just outside of these four sides are teams who will be trying to challenge at the upper reaches of the table but are unlikely to have the resources or consistency to compete for the title. Last season’s fourth-placed side, BK Hacken from Gothenburg, will know it will be hard to stand still, never mind kick on, from such a high finish, as the sides around it has all improved and invested.

Below Hacken is IFK Norrkoping, the side that shocked Sweden to win the title three years ago. It has failed to maintain its place at the top table and has settled into a position as a side good enough for the top six but not the top three.

Boras-based IF Elfsborg, Stockholm’s Hammarby and IFK Gothenburg will all be hoping to improve from average seasons last year and break into the top six, but are likely to find that hard. 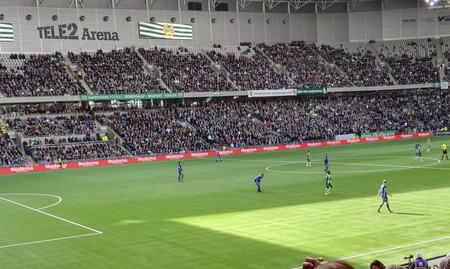 Those sides are more likely to replicate their performances last year, where they were all stuck in mid-table. IFK Gothenburg is Sweden’s only team to win a European trophy and has a huge history, so to finish 10th last season was a disaster and for ambitious Hammarby and Elfsborg, their seasons were also not good enough.

For Uppsala-based IK Sirius and Orebro SK though, mid-table was just fine and they are both clubs who would be delighted to replicate their seventh and 11th place finishes this season. Sirius lost a lot of its best players, with some retiring and some leaving for other clubs, so will likely struggle more this season.

Orebro, however, kept its key players, so will be going for a finish in the top 10. Kalmar, the 2008 Allsvenskan winner, really struggled last year and will hope it can improve significantly on last season’s surprise 12th place. 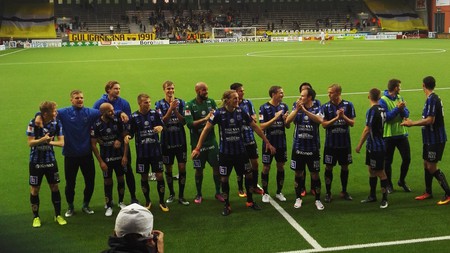 IK Sirius finished a remarkable 7th, in their first Allsvenskan season since the 70's, last year | Jozef Brodala for The Culture Trip

While Sirius, Kalmar and Orebro could well be sucked into a relegation battle, there are more obvious candidates. GIF Sundsvall, the team supported by Sweden’s prime minister, seems to spend most years just avoiding relegation and will do well to do so again this year.

14th place means a promotion/relegation playoff against the third best team in the division below the Superettan and finishing there would be good for any of the three newly promoted teams. IF Brommapojkarna, from the Stockholm borough Bromma, is arriving after back-to-back promotions and is unlikely to be ready for a step-up, having also lost its manager, Aston Villa legend Olof Mellberg.

Dalkurd FF, a team founded by the Kurdish Diaspora in 2004, will be playing its first-ever season in the league and has an owner willing to invest to keep it up. It will be moving to play in Uppsala in 2019 but in the meantime is playing in Gavle. Finally, Trelleborgs FF based deep in the south of Sweden will likely struggle and will be one of the favourites to go down. 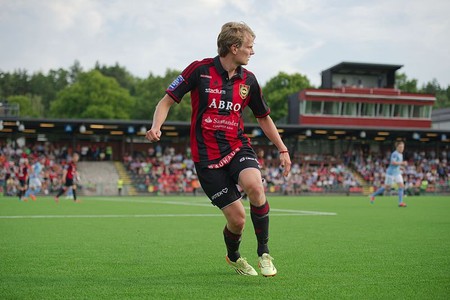 IF Brommapojkarna won back to back promotions | © Holger Motzkau / WikiCommons