All the Exciting Ways to Go Fishing in Sweden 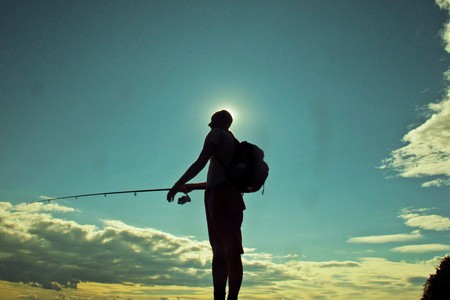 Sweden is home to nearly 100,000 lakes, so it’s no surprise that Swedes have a more than healthy interest in fishing because they have lots of exciting places and ways to do it. That said, fishing is not part of Sweden’s Right of Public Access so you need a fishing permit for most waters – and poaching carries heavy fines. There are also local rules about minimum size, catch limits, and the use of private waters, as well as some areas that are off-limits completely. Some areas are also seasonal. 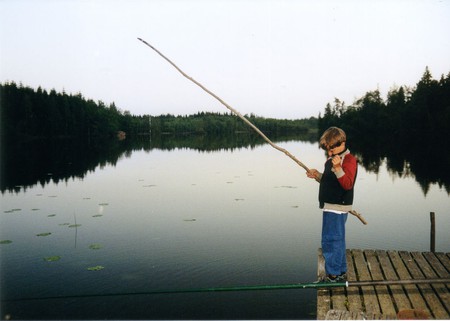 In a nutshell, you need a permit of special permission to fish anywhere in Sweden other than on the five largest lakes: Vänern, Vättern, Hjälmaren, Mälaren, and Storsjön. Fishing along the entire sea coastline is open to anyone. When it comes to pike there are new regulations in the Baltic Sea: you’re allowed to keep just three pike per day, measuring between 40 and 75 cm. Everything outside of that must be ‘catch and release’. There are also regulations concerning the sale of Baltic catches in the EU, so please check the latest.

People fish everywhere in Sweden, even in the heart of Stockholm. Getting a license is not difficult, although the sport is not nationally regulated, so you’ll need to contact local authorities, even for day licenses. Find more information here.

Top tip: download Swedish app Fishbrain, where locals log in their catches and where they fish – you won’t get better hints on where to find what you’re looking for.

Varmland and Västergötland are the two best areas for coarse fish (freshwater fish other than salmon and trout). Cold winters and hot summers ensure rich and productive waters that are clear and brimming with catch. Pike fishing in particular in Sweden is among the best in the world, with huge stocks in the many lakes and rivers, as well as the brackish water of the coasts. And the pike are big – some weighing up to 20 kilos.

When talking about sea fishing in Sweden, the Baltic is what usually comes to mind. It’s important to remember that the Baltic Sea has very low salt levels, making it something between salt and freshwater fishing. It also has growing dead zones and problems with eutrophication, so it’s important to know where to go and when before heading out. That said, you’ll find cod, sea trout, and salmon, as well as pike, perch, and walleye in the Baltic. The season is pretty much year round, although what you’ll catch of course depends on the time of year. The optimal time is late summer and autumn if you’re looking for a wide variety of catches. 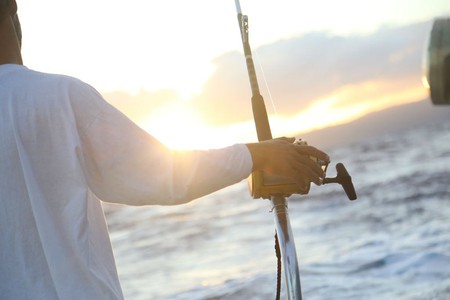 One of the best places for game fishing is Lake Östra Silen, located just about an hour from the Norwegian border and closer to Oslo than to Gothenburg. This huge lake has an amazing archipelago, with a lot of islands, crystal clear water, and a large stock of salmonoid fish, such as large char, trout, perch, pike, salmon, and whitefish. The water goes 40 meters down and often you’ll not see another boat all day long. 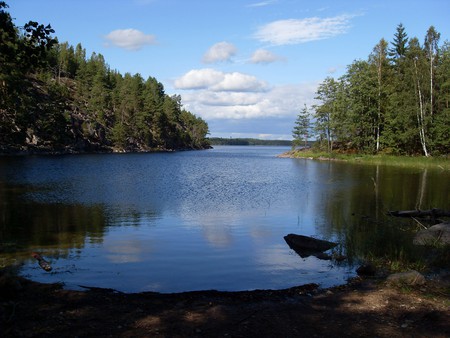 Winter in Sweden is long, dark, and full of delights – one of the biggest ones being ice fishing. Generally speaking, the same kind of fish can be caught in winter as can be caught in the warmer months, and the season usually starts some time in December, when the lakes are properly frozen over. Perch, pike, rainbow trout, arctic char, and burbot are among the most popular catches, along with grayling and whitefish. It’s recommended you hire a guide for ice fishing on Sweden’s lakes as climate change has had an impact on when waters freeze over and how thick the ice gets. 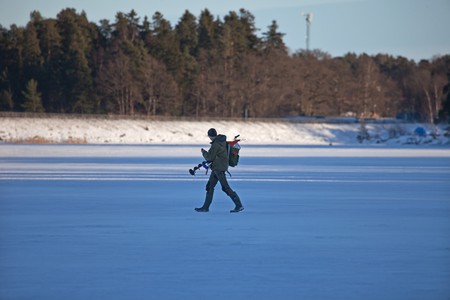 If fly fishing is your bag, head up north to the many lakes that are serene and unbelievably untouched. On the east coast, the plains reaching to the Gulf of Bothnia are crossed by numerous alpine rivers where both salmon and sea trout run. The best spots are the Torneälven, Kalixälven, and Lödgeälven rivers, although both species pretty much run up all rivers in the north, with the only difference being how high they go. July is the optimal month for both salmon and sea trout fly fishing. 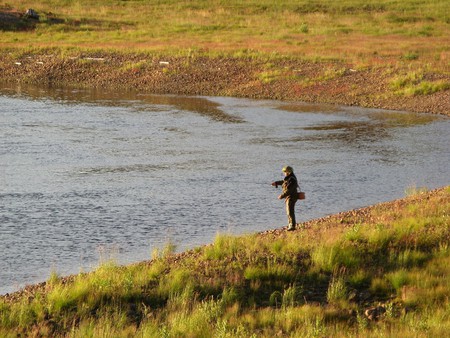 Fly fishing in Sweden's many lakes | ©PROm.prinke / Flickr
Give us feedback