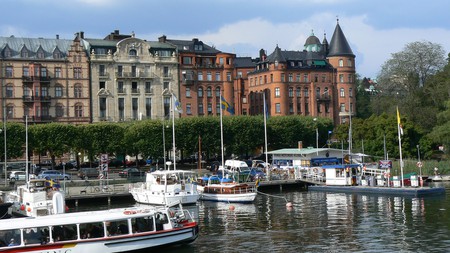 Stockholm’s tony Östermalm district is filled with imposing apartment buildings and architecture, with many of the architectural gems dating from the late 1800s. Many architectural gems are found in the neighbourhood or very close by. Here are a number of buildings of architectural note within walking distance of one another, as well as suggestions on where to stop for a bite to eat.

Founded in 1788 by King Gustav III, the Royal Dramatic Theatre is Sweden’s National Theatre, with a remit from the Swedish government to perform classic theatre as well as new Swedish and international material, and theatre for young people and children. Located at Nybroplan, the art nouveau building was designed by Fredrik Liljekvist and has been in use since 1908. Famed Swedish artists such as Carl Milles and Carl Larsson contributed to the exterior decorations, while the ‘artistic’ prince, Prince Eugen, made a number of the interior decorations. 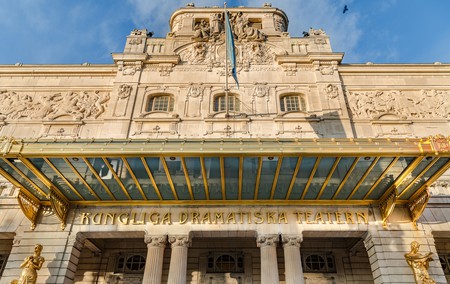 The National Library of Sweden

Kungliga Biblioteket is located at Humlegården, one of the major parks in Stockholm. Housing almost everything printed in Sweden or in Swedish since 1661, the library also archives TV and radio programs, as well as movies and videos distributed in Sweden, Swedish music, and Swedish computer games. This is a research library and therefore collects a vast amount of international material as well. Lenin is rumoured to have written some of his tracts here while living in Stockholm and in 1953 the library purchased a significant amount of Russian literature from Moscow, forming the basis of a Slavonic library in Stockholm. Swedish architect Gustaf Dahl built the structure using cast iron in the Greek style – Dahl was said to have been inspired by the Chrystal Palace. 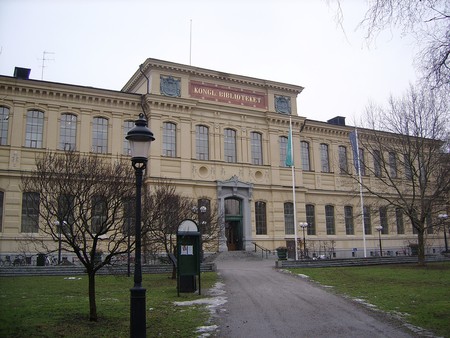 One of Stockholm’s major churches, Oscarskyrkan (Oscar’s Church) holds more than 1200 people and features an imposing 80-metre-high tower to the south-west of the building. Work on the gothic Revival building began in 1897 after Gustaf Hermansson (who also designed the Sofia Church) won a competition. It was inaugurated in 1903 by King Oscar II, who had laid the foundation stone when construction first began. At the time it was criticised for its architectural style and the construction work was delayed numerous times due to various problems, such as non-delivery of materials and labour strikes. Today it is considered a classic Östermalm structure and continues to serve its community. 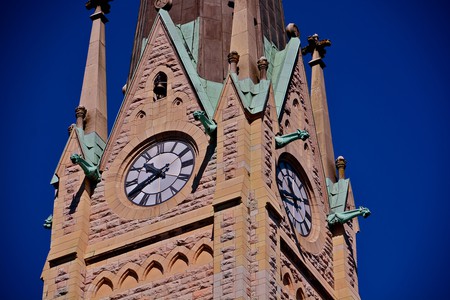 Built in 1888 (and taking only six months to complete) Östermalms Saluhall has been named the world’s seventh best covered market. The historical building was the brainchild of two young architects, Isak Gustaf Clason and Kasper Salin, who drew inspiration from Germany, Italy, and most particularly France. While the exterior has been renovated and updated over time, the interior remains remarkably similar to how it originally looked, with intricate carvings in dark lacquered wood. The original interior was more colourful and decorated but the latest renovation, scheduled for completion in 2017, promises to bring back even more of the building’s original charm, including brightly painted pillars and lyrics embedded into the walls. 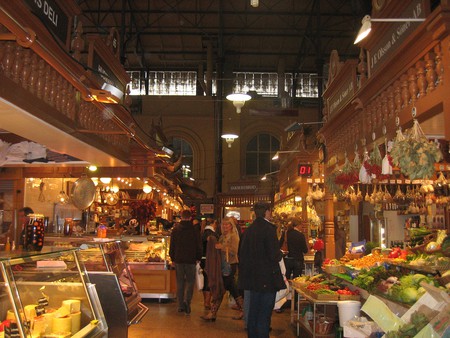 Possibly the most prestigious street in Stockholm, Strandvägen was built in time for the Stockholm World’s Fair in 1897. The imposing buildings were intentionally built to be grand, and Bünsow House (at number 29-33) pretty much set the standard for the entire street with its Renaissance exterior, designed by Isak Gustaf Clason, who found inspiration during his studies in the Loire Valley. Completed in 1888, Bünsow House remains the most impressive building among a wide swath of impressive buildings, with turrets, towers, and a stunning white façade with red accents. 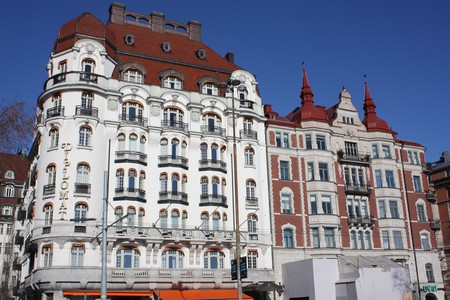 One of Stockholm’s true hidden treasures, the Hallwyl Museum is the former home of the Count and Countess Walther and Wilhelmina von Hallwyl. Located just around the corner from Norrmalmstorg (where the term ‘Stockholm Syndrome’ was born), the palatial residence was built in 1898 as a winter home for the extremely wealthy couple by Isak Gustaf Clason. The exterior borrows architectural elements from across the ages, from medieval to Renaissance Venice, while the interior was known for being the most modern building in Stockholm at the time, and was the first to include electricity, central heating, telephones and a working WC. Donated to the state in 1920, the museum opened in 1938 and remains much as it was when the Count and Countess lived there, including the outstanding art collection. 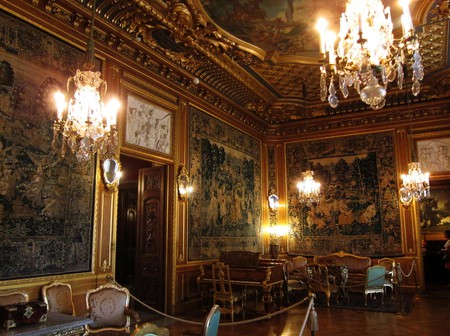 Check out the map below for a walking tour of Stockholm’s architectural landmarks: