A Walking Tour of Architecture in Gamla Stan, Stockholm 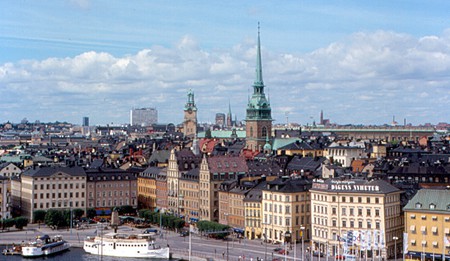 Stockholm‘s Gamla Stan is where Stockholm began, back in 1252, and it’s one of the biggest and best preserved medieval Old Towns in all of Europe.

The history of Gamla Stan is as fascinating as you’d think: until the 13th century Stockholm wasn’t even the capital of Sweden – that honour went to nearby Sigtuna. When warfare weakened Sigtuna, the government needed to find a new home. Until the 19th century Gamla Stan was called Staden (The Town), mainly because there was little more to Stockholm proper than this small island, with the surrounding islands called malmarna (ridges). In fact, it wasn’t until 1980 that Gamla Stan became the official name – before then it was called ‘Staden mellan broarna‘, or ‘Town Between the Bridges’.

The architecture of Gamla Stan, which has a strong north German influence, is remarkably well-preserved, which is somewhat surprising when one considers that this was once a rough-and-tumble slum area prone to marauding gangs visiting violence on the city. It was overcrowded and disease-ridden up until the early 20th century, and it wasn’t until the early 1980s that it became a tourist attraction. Post-World War II part of the area was demolished to make way for an enlarged parliament, and just 370 structures remain today. 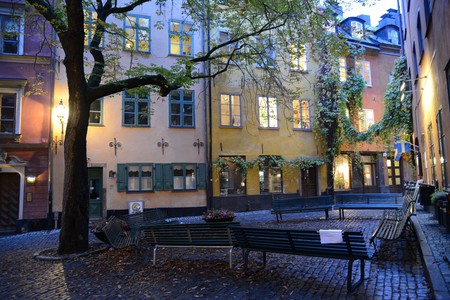 The Royal Palace is the main attraction in Gamla Stan, although the current one is not the original. Excavations in the late 1970s revealed traces of timber dating back to the 10th century. The beginnings of the one we know today, which is one of the largest in Europe, dates back to the 13th century and it was in the mid-16th century that it became the principle royal residence. Dutch architect Willem Boy was the main brain behind turning the medieval fortress into a Renaissance Palace, while palace architect Nicodemus Tessin the Younger oversaw the work from 1692. 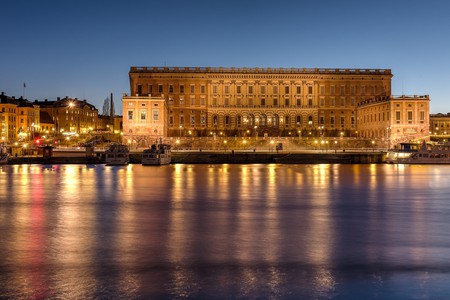 Close to the Royal Palace you’ll find Storkyrkan (Stockholm Cathedral). Built in the 13th century in the Gothic style, it was remodelled in the Baroque style around in the mid-1700s. Storkyrkan is the oldest church in Gamla Stan and is the seat of the Church of Sweden and the Bishop of Stockholm. Here you’ll find the oldest known image of Stockholm, Vädersolstavlan (The Sun Dog Painting), which dates back to 1636. Storkyrkan is where royal events, such as marriages, are held, as well as major state events. 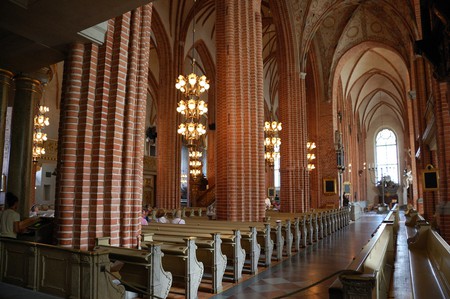 Stockholm Cathedral might be where the royals go to get married but Riddarholmen Church far outweighs it in the looks department. It’s the only remaining medieval abbey in the city and one of the oldest buildings in Stockholm; parts of it dating back to the century, when it was a monastery. It was once the burial church of the Swedish monarchy, with royals of note Gustav II Adolf and Karl XII taking up places of honour. Architect Willem Boy designed the original spire, which was destroyed in 1835, and replaced with the present cast iron spire, which forms part of one of the most iconic images of Stockholm. 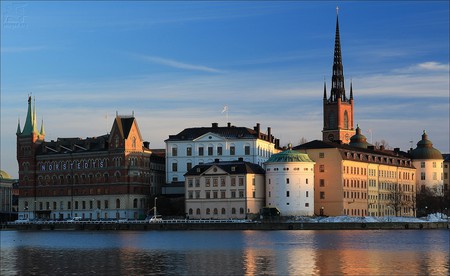 The restaurant Den Gyldene Freden (The Golden Peace) has been operating since 1722 and is the oldest existing restaurant in the world with an original interior. It is also one of the best examples of an 18th-century tavern and has been doing a booming business since its doors opened, with beloved Swedish troubadour Carl Bellman having lived there early on. 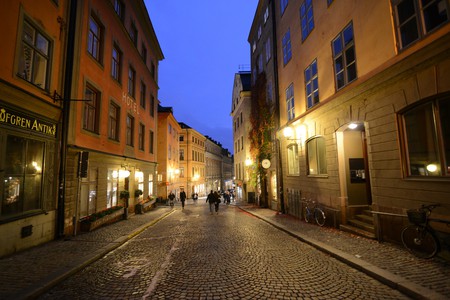 Börshuset (The Stock Exchange Building) was the original stock exchange building, built between 1773 and 1778 from construction drawings by Erik Palmstedt. Since 1914 it has been the home of the Swedish Academy, which uses the building for meetings and to decide on the winner of the Nobel Prize for Literature. This is also where you’ll find the Nobel Museum and the Nobel Library. 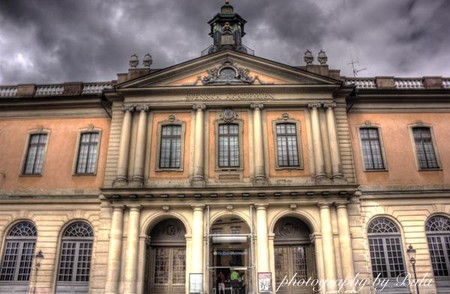 While many of the buildings in Gamla Stan have not been well-documented, as they were considered housing for the poor and little attention was paid to them over the centuries, the area is a magical place to wander. Nearly all the structures date back hundreds of years and as you wander through the alleyways you’ll feel as if you’ve gone back in time.

Use our handy map to find your way through the architecture of Stockholm’s Gamla Stan: