A Tour of Baroque Architectural Landmarks in Sweden

<a href = "https://commons.wikimedia.org/wiki/File:Läckö_slott,_den_13_juli_2006,_bild_26.JPG"> Läckö Slott | Unknown/Wikimedia Commons
Sweden’s rise as a power player to be contended with during the 17th century spurred somewhat of a building frenzy among the aristocracy—resulting in some astounding examples of Baroque architecture around the country being built; during the same period, architecture began to become solidified as a profession. Check out these examples of Baroque architecture when visiting Sweden.

Cathedral
Kalmar Cathedral | © Riggwelter/Wikimedia Commons
Kalmar was a new city in the mid-17th century and it was during this time that both the town hall and the cathedral were built on the main square. Nicodemus Tessin the Elder designed the cathedral and construction began in 1660. This was interrupted several times—usually by war—but it was finally completed in 1703 and is considered one of the finest examples of classic Baroque architecture in all of Sweden.
More Info
Open In Google Maps
STORTORGET, Kalmar, Kalmar län, 392 32, Sweden
+4648012300
View menu
Visit website
Visit Facebook page
Send an Email
Give us feedback

Church, Memorial
Adolf Fredriks kyrka | © I99pema/Wikimedia Commons
Construction on Adolf Fredriks kyrka took place between 1768 and 1774, and it replaced an old wooden chapel that had stood on this central Stockholm spot since 1674. The church has quite a storied history: René Descartes was originally buried on the ground in 1650 before being was reinterred in France, and a memorial that was installed by King Gustav III remains inside the church. Just outside the main entrance, the grave of Swedish Prime Minister Olof Palme, who was assassinated just one block from the church in 1986, is located in the courtyard. Roses are still regularly laid on his grave as well as on the plaque that memorialises his death on Sveavägen.
More Info
Open In Google Maps
16 Holländargatan, Norrmalm Stockholm, Stockholms län, 111 60, Sweden
+468207076
View menu
Visit website
Visit Facebook page
Send an Email
Give us feedback

Called Riddarhuset in Swedish (which literally translates to House of Knights), the House of Nobility was commissioned by Axel Oxentjierna, Lord High Chancellor of Sweden, and construction began in 1641 based on designs by Simon de la Vallée. The architect died soon after so his son, Jean, took over for a time; the red bricks and sandstone pediments are said to be the work of Dutch architect Justice Vingboons.

Historical Landmark
Largely built during the 18th century, Stockholm’s Royal Palace is an excellent example of the Italian Baroque style. Nicodemus Tessin was yet again charged with designing the palace, which was built on the spot where the earlier Tre Kronor castle stood before succumbing to fire in 1697. One of the largest palaces in Europe, there are more than 600 rooms spread across seven floors, it is His Majesty the King’s official residence, and where most of the monarchy’s official receptions are held. The daily work of the Royal Family and its staff also takes place here.
More Info
Open In Google Maps
1 Slottsbacken, Södermalm Stockholm, Stockholms län, 111 30, Sweden
+4684026100
View menu
Visit website
Visit Facebook page
Send an Email
Give us feedback

Tessin Palace (Tessinska palatset) was built by Nicodemus Tessin the Younger between 1694 and 1700. Tessin’s son, Carl Gustaf, inherited the Baroque townhouse (of sorts) but was forced to sell it in the mid-18th century due to financial failings. It eventually became the property of the Crown, who used it to house various dignitaries. The Baroque townhouse is found in Stockholm’s Old Town (Gamla Stan) just beside the Royal Palace, and it faces the main approach to the Royal Palace, Slottsbäcken, illustrating the exalted position held by the Tessin family at the time. 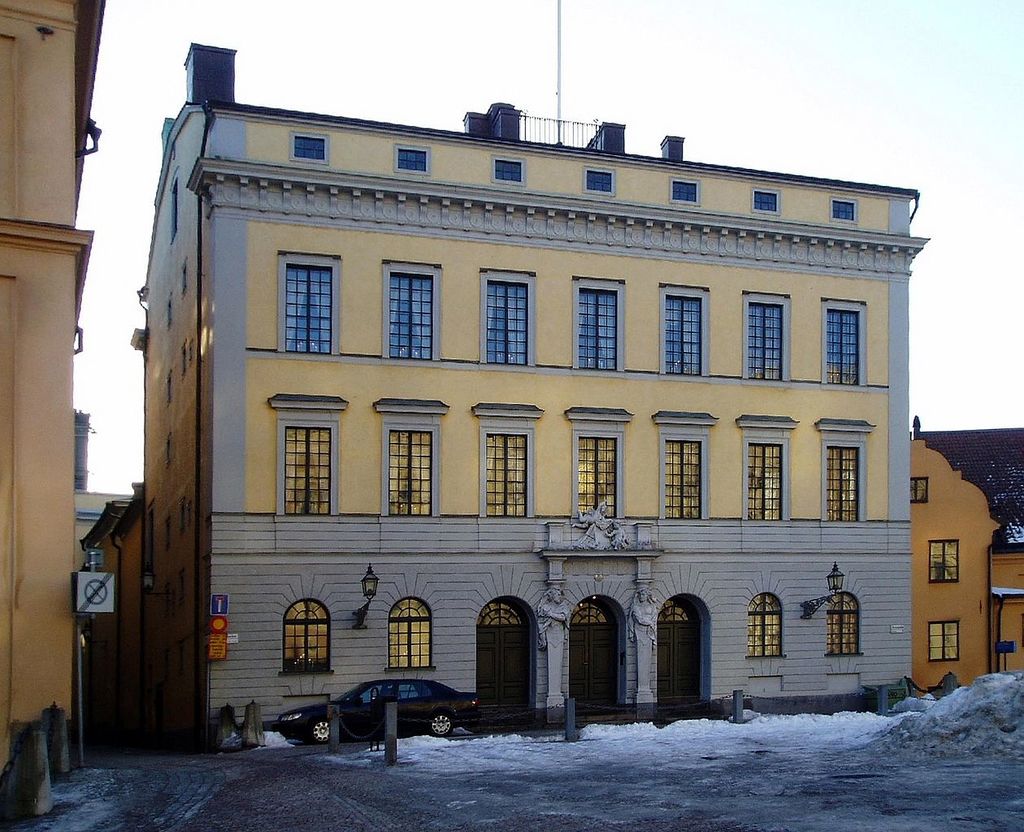 Church, Building
Kristianstad's Heliga trefaldighetskyrkan | © Ainali/Wikimedia Commons
Built by Dutch architect Lorenz van Steenwinckel on behalf of King Christin IV of Denmark, construction began in 1618 and on July 8, 1628, it was opened on Holy Trinity Day. The alter, also designed by Steenwinckel, was transported by boat and barge from Amsterdam in 1625, and after the architect died his younger brother, Hans, took over. While a fine example of Baroque architecture, the steeple was originally only 26-meters (85.3-feet) high due to a lack of funds at the time. In 1866, enough financing was found to complete the original steeple. The church was built on the highest point of the old Allöns, about 4.5 meters (14.8 feet) above sea level.
More Info
Open In Google Maps
Lyckans Höjd Kristianstad, Skåne län, 291 32, Sweden
+46447806400
View menu
Visit website
Visit Facebook page
Send an Email
Give us feedback

Also know as the Wicanderski Villa, Brinckska Villa, and Liljevalchska Villa, Lusthusporten is a 19th century merchant villa located on Djurgården in Stockholm. Djurgården—the Royal Hunting Grounds—has been in the possession of the Crown since the 15th century but in 1873, wholesaler Alfred Brinck was given permission to lease land and build a strict Italian-style home based on the drawings of architect Hjalmar Kumli. The home was eventually sold to Hjalmar Wicander, who had architect Carl Möller rebuild the house in a new Baroque style. An iron roof was later added. 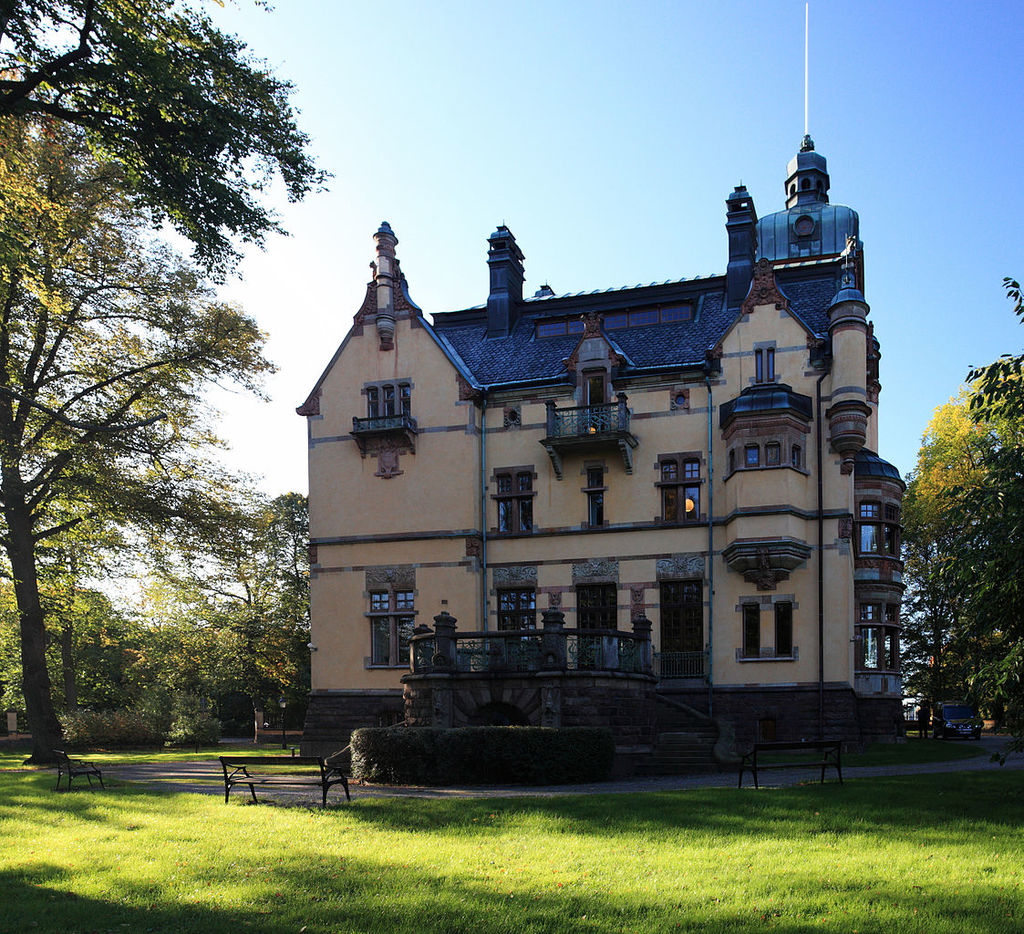 Historical Landmark, Archaeological site
Läckö Slott | Unknown/Wikimedia Commons
What a history this magnificent castle has. Located on Kållandsö in Lidköping in Västergotland, the castle is situated on a rocky promontory in Ekens Skärgård (archipelago). It originally belonged to the Scara Bishops in the Middle Ages. It came under the crown in 1681, to Carl Gustaf Tessin in 1752, and then to Carl Johan Adlercreutz in 1810. Over the years, the building has been ravaged by fire and come under the ministrations of its various owners, but its Baroque architecture has been carefully maintained by various local and governmental entities. Bonus tip: every summer in July, there is a wonderful opera to enjoy in the courtyard—but book early; it’s an extremely popular event.
More Info
Open In Google Maps
Lidköping N Lidköping, Västra Götalands län, 531 99, Sweden
+46510484660
View menu
Visit website
Visit Facebook page
Send an Email
Give us feedback
Give us feedback