A Swedish Guide to the Perfect Ski Trip 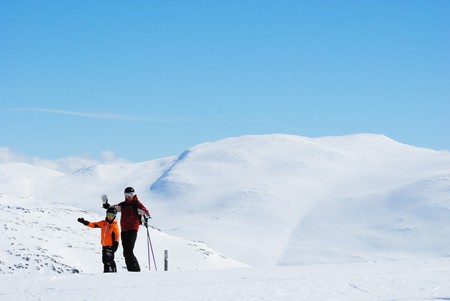 Sweden is the perfect place for a ski holiday / ©PXhere

With an extensive ski season, particularly in the north where the snow arrives early and stays late, Sweden is the perfect place for a ski trip. There might be other, more well-known ski destinations in Europe, but whether it’s a glamorous mountain resort or a fast and dirty city slope that has you reaching for your poles, Sweden’s got you covered. Here’s the guide to the perfect Swedish ski trip. 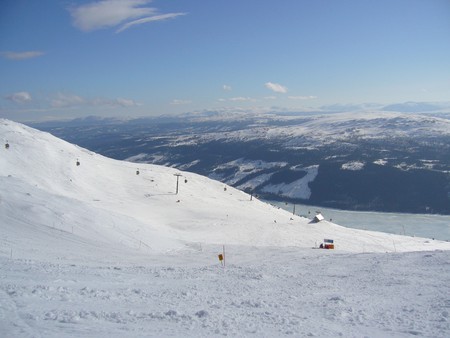 There is some dispute (and dispute over whether there is even a dispute) as to which country can lay claim to ‘inventing’ skiing but in Sweden, geologists have dated fragments of antique skis back 4,000 years, so it’s safe to say that skiing is in the blood of Swedes. In fact, Gustav Vasa, who took to his skis when fleeing the king’s army (a journey that eventually led to the end of Sweden’s elective monarchy and the Kalmar Union, and the birth of the country’s hereditary monarchy), is the inspiration for the Vasaloppet, the annual long-distance cross-country ski race held on the first Sunday of March. The race runs for 90km, following the path Gustav Vasa took from the village of Sälen to the Dalarna village of Mora. It’s the oldest and longest cross-country ski race in the world, with around 16,000 people from all over the world taking part each year. 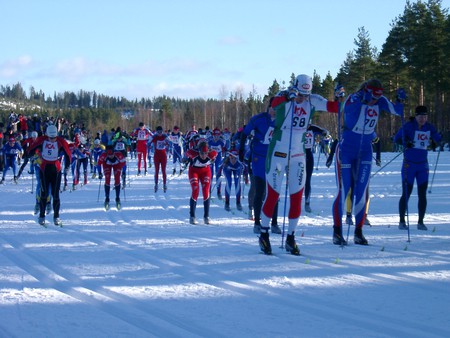 Another tradition is the winter break known as sportlov. This is the annual winter holiday that was originally initiated in the 1940s to save on heat in schools, but has evolved to being a February school holiday that is meant to give the kids a break but also allows families to take a ‘sport break’ for a week, usually to go skiing.

Sweden is a land of rules, which everyone happily complies with, so when skiing in Sweden it’s your responsibility to follow the rules and, let’s be honest, you’ll make a lot more friends in doing so than by going off the rails. The rules have been developed by the Swedish Lift Operators Organisation (SLAO) and include the following: 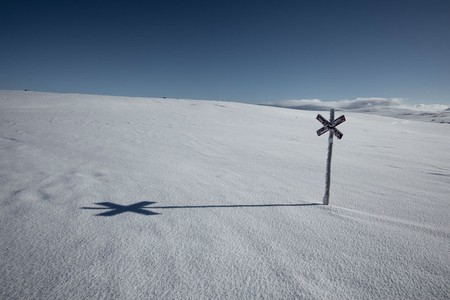 Keep an eye on the signs / Photo courtesy of PIxabay

• Driving sleighs, private scooters or snow mobiles in not permitted within marked slope areas, even at night.

• No babies on the lifts! Seriously, people try this and it’s just not on.

This may not sound like a survival tip but, in a way, it is: forget the fancy ski-bunny outfits. Swedes keep it casual and while they will be bundled up in the appropriate gear, you won’t see much flash on the slopes. People are there to ski, not walk the runway.

Because of the climate it is important to dress warmly and in layers. Storms can arrive quickly and temperatures have been known to drop below 30°C. A rucksack with water and some small snacks wouldn’t go amiss, mainly because there are grill stations in the mountains where you can cook some Swedish hotdogs or other sustenance before heading on your way. 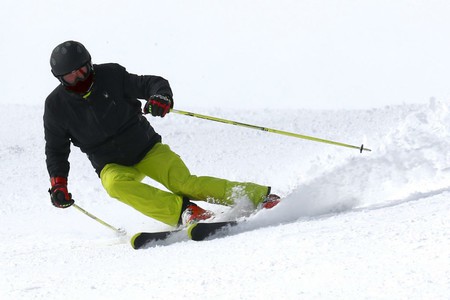 Swedes also love their reindeer and lambswool skins, and many keep them in their backpacks for those impromptu barbecue stops or simply to wrap around them if they are stopping for a rest.

Again, keep an eye on the signage and know where you are, what kind of weather is predicted, and know your limits. While on the city slopes you’re always close to help, but up in the vast mountains of the north it’s a bit more sparse. 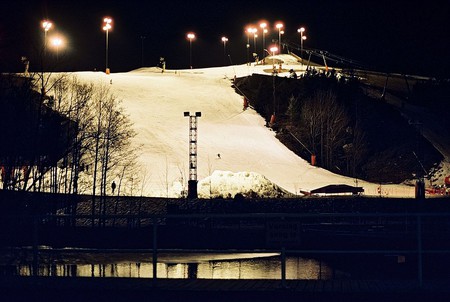 If you’re up for buying some unique Swedish ski gear, there are plenty of places that will cater to your every need. For backpacks and outerwear, look no further than Fjällräven, the legendary Swedish company that pioneered outdoor rucksacks. They’ll also take care of your ski equipment needs, as will any sporting goods store, such as Intersport and Stadium, both of which have outlets on pretty much every main street of every town in Sweden. Prices vary from very affordable to heart-stoppingly expensive but hey, you get what you pay for and you pay to suit your needs, whether that’s something you can wear only on this trip or investing in an item that will stand the test of time. There are also a good number of independent stores around the country, and you can buy at your destination, too. 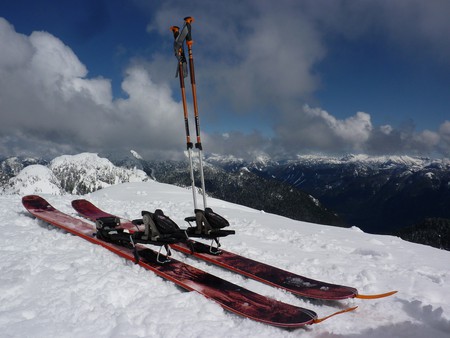 Shops such as Intersport also rent ski gear, so if you’re staying in one of Sweden’s cities, such as Gothenburg or Stockholm, you can grab your gear before you head up to the slopes – and it’s perfect if you’re planning on just taking on the city slopes, although even there you can rent on-site. Up in the resorts, rentals are a dime a dozen and while they’ll have everything you need, be aware that it won’t be cheap. Skis and boots for a beginner starts at around 100 Euros for six days, 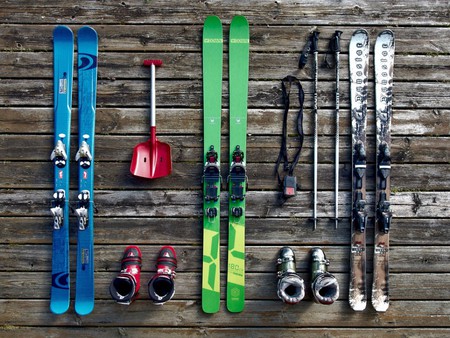 Another great option is skistar.com, which allows you to order what you need ahead of time, then have it delivered when you are finished. It takes a lot of hassle out of the whole rental mess.

If you’re renting at the resort, you can normally rent from half a day, and all ski shops will offer package deals that you can include with your entire trip, meaning you can book your hotel, your equipment and pretty much everything else for one package price.

There are world-class resorts in the mountains and slopes right in the middle of the city, so let’s take a look at what’s on offer in Sweden. 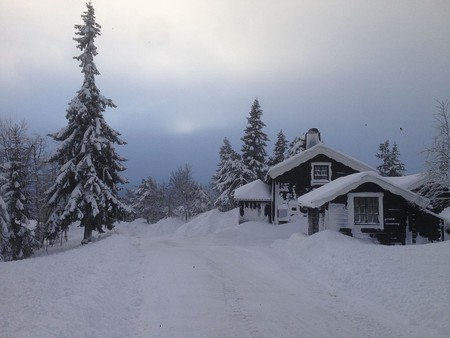 You can ski cross-country pretty much anywhere in Stockholm but for downhill, you have a number of choices:

This slope in the Hammarby Sjöstad section of Stockholm is usually prepared by mid-December but check the website for details. There are three lifts and five slopes featuring all levels of difficulty and you can get here by car, boat, bus, subway, or even walk if you’re so inclined. It’s also Stockholm’s favourite place for a spot of night skiing.

With three lifts andfive slopes offering all levels, this mini-resort 20 minutes south of Stockholm in Huddinge, is the perfect little getaway; it even has local hotels and cabins where you can stay. Equipment rentals can be done onsite or online. 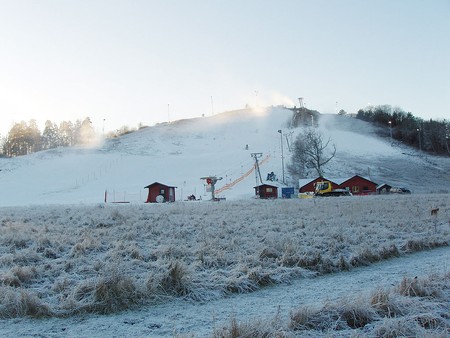 Just over the bridge from Stockholm on the island of Lidingö you’ll find three downhills runs, as well as heated cabins, ski rentals, private lessons, and snow-making capabilities. Not as well-known as Hammarbybacken, but some say Ekholmsnäsbacken is the better option – it’s definitely not as crowded and the setting really feels like you’ve gotten away from it all.

Just 15 minutes north of Sweden’s second largest city, Gothenburg, Alebacken has three lifts and three slopes – and lots of snow guns. Perfect for an afternoon on the slopes before enjoying everything Gothenburg has to offer.

The outdoor recreation area at Sunnerstaåsen is perfect any time of the year and come winter Sunnerstabacken, at the Uppsala Alpina Centre, has a lift, and space for both downhill and snowboarding, along with a grill area at the bottom. You can rent skis, take lessons, and when you’ve had enough, get cosy in the sauna. 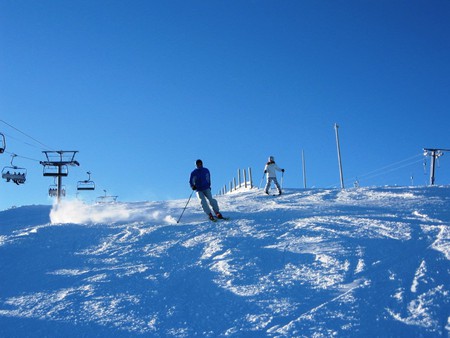 There are quite a few ski resorts in Sweden, both big and small: here are four of the best.

Probably the number one ski resort in Sweden in terms of popularity and quality, Åre is a heady combination of world-class runs and glamorous nightlife. Many a World Cup or other top international event has been held here and it’s where quite a few of Sweden’s top skiing stars honed their skills. There’s a charming village, plenty of houses, cabins and hotels for rent, and slopes that cater for every level and taste, whether that’s downhill, snowboarding, cross country, or anything else that strikes your fancy. There are 111 runs and 41 lifts and, while it’s pretty far up in the mountains, you can easily reach it by plane, train, or automobile. 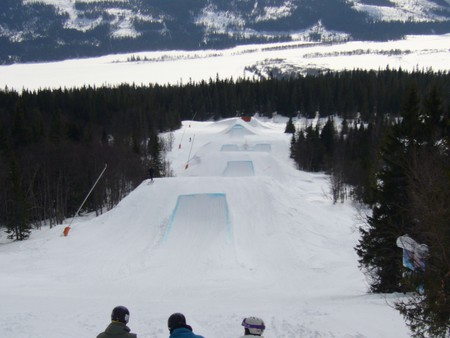 Sälen is a bit closer to southern Sweden (although not by much!) and can be reached by car in under seven hours. Once there, you are spoiled with 111 pistes and 83 lifts, with a wide range of conditions for every level. The resort is actually a series of seven resorts in the Sälen area, each offering different levels and conditions. The facilities off the slope are excellent, with things like indoor pools, bowling alleys, and the necessary après-ski. A good option for the sporty family that has members at different levels of competence.

One of Sweden’s smaller ski resorts, what Vemdalen lacks in size it more than makes up in snow. The slopes open early (often in October), and there are three different areas nestled into some amazingly pristine countryside. Located in central Sweden the resort has 53 slopes, 30 ski lifts, four areas for kids, three snow parks and 52km of cross-country ski trails. There’s something for everyone plus it’s located closer to the main cities. 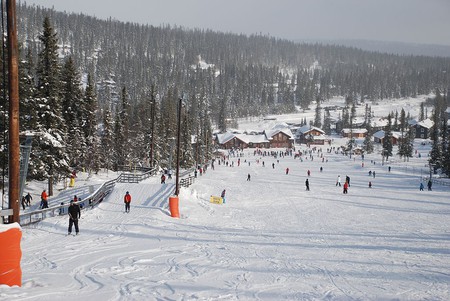 Vemdalen is great for kids / Photo courtesy of Wikipedia Commons

If you’re the adventurous type, head to northwest Sweden and enjoy the myriad pleasures of Tärnaby-Hemavan. This is where you can snowboard, dogsled, go snowmobiling, and of course, ski your heart out on Tärnaby’s seven blue, three green, four red, and six black pistes (this is where the pros go, obviously), or on Hemavan’s wide, gentle slopes: seven blue, 12 green, nine red, and two black. There are also snow parks at both areas, as well as plenty of off-piste. 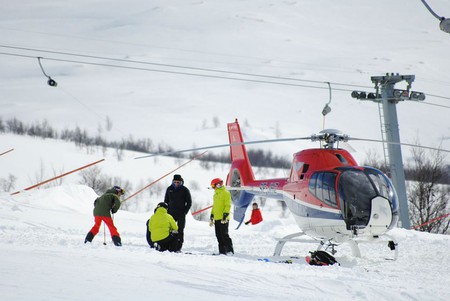 Heliskiing at Tärnaby-Hemavan / Photo courtesy of Pixabay
Give us feedback