A Solo Traveller’s Guide to Malmo

Malmö is made for the solo traveller | @Paul Rysz / Flickr

Hip, trendy Malmö is a wonderfully manageable city perfect for the solo traveller.  Not only are the people of Malmö some of the friendliest in Sweden, there is so much to do and see that you’ll be happy not to be dragging any dead weight along with you.

And did we mention the friendly people? The chances of making ‘travel friends’ is pretty high in Malmö, whether that’s a local or someone also making their way solo. And whether you’re on a budget or ready to splash the cash, there’s something for everyone.

It’s the most colourful, diverse neighbourhood in the city and that makes it a great place to explore. The cultural vibrancy of this district will draw you in as you try the food, wonder at the colourful and vibrant market at Möllevångstorget, and explore the pokey little side streets that offer loads of restaurants serving up international cuisine. The cafés on the square are some of the most popular in the city, with outdoor tables set up the second the sun is deemed even slightly warm enough. It might be hipster but it’s also incredibly cool. 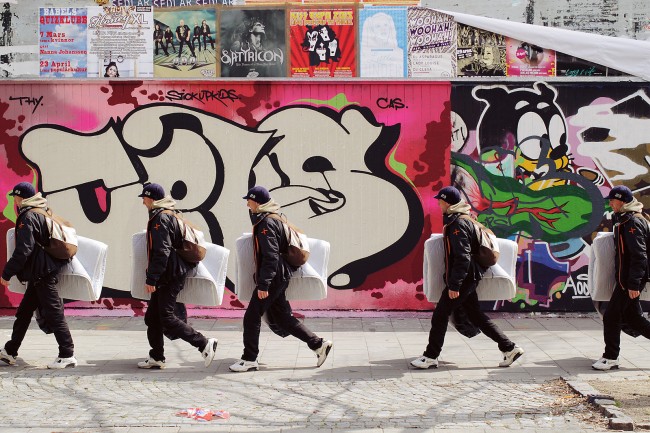 Colourful, vibrant, and utterly engaging – Möllan is one of Malmö’s most fascinating neighbourhoods | ©Anders Lejczak / Flickr

Gamla Staden is the Old Town of Malmö, and is where this once heavily-industrialised city grew from. It’s filled with centuries-old buildings reflecting various architectural styles, with many of the street-level floors home to trendy restaurants, cafés, bars, and shops, as well quirky cobblestoned streets that really bring the past alive. 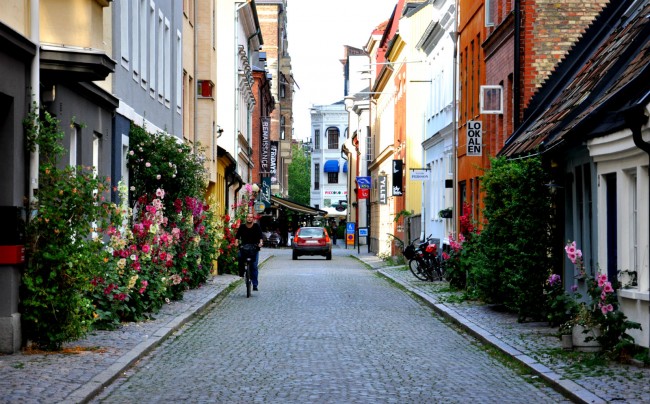 Close to Gamla Staden, Ribersborg is where people get active. It’s on the water, home to the famed Ribersborgs Kallbadhus, and if you’re into running, the beach, or just drinking in some earth-shattering views, head here and get your groove on. The people of Malmö are active and this area is teeming with sports enthusiasts practicing whatever it is that makes their heart pump. 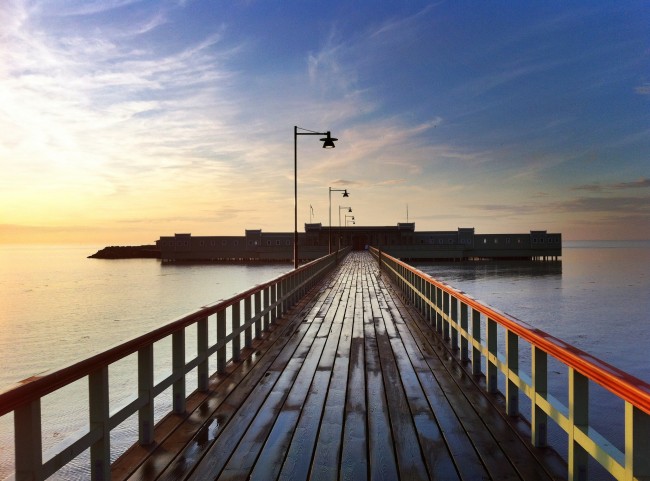 As one of the newer neighbourhoods in Malmö, this is where you’ll find the Turning Torso, the 54-storey architectural wonder that is a bit of a jewel in the crown of Skåne. Cars are thin on the ground here – instead it’s about biking and walking. While the neighbourhood was fairly pre-planned as the old industrial area was redeveloped, Malmö City Hall was smart enough to bring in top architects – 26 to be exact – which means there is a real sense of the area having been gentrified with an eye towards including a range of housing and amenities for everyone. 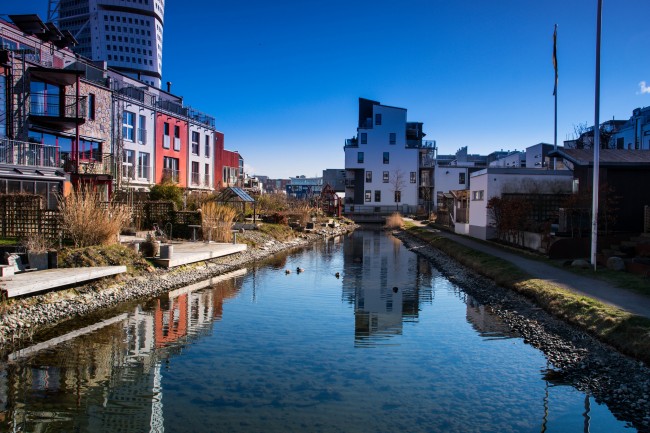 Located in the heart of Gamla Staden, Hotel Kramar is the perfect base from which to explore the city. Get a room facing Stortorget so you can watch the pulse of the city from the luxury of your room; then, after you’ve explored the city, head back to this 19th century hotel and enjoy the soothing ministrations of the hotel’s sauna. Bliss. 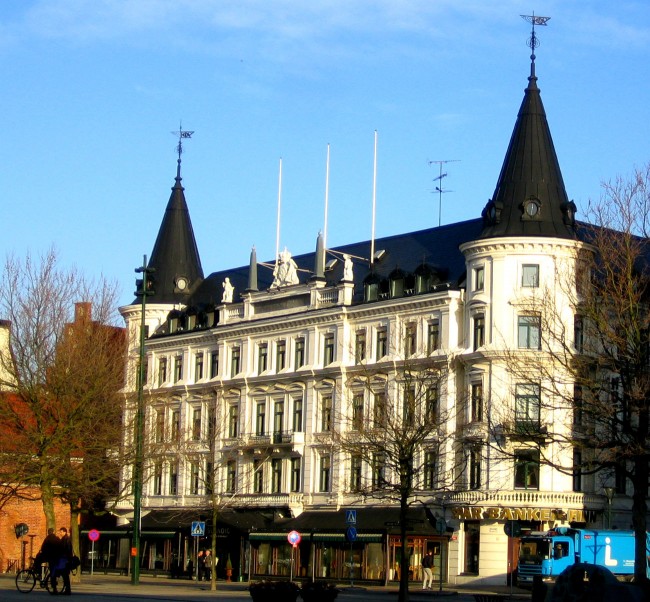 Named after the Savoy Hotel in London, this 109 room hotel was once the choice of international luminaries such as Judy Garland and Marlene Dietrich. Located just across from Malmö’s Central Station the hotel retains its charm and sense of grandeur, with Scania Palace a stone throw’s away. The plaque in the lobby lists the famous guests who have made this their home away from home over the years. This hotel has a sense of history. 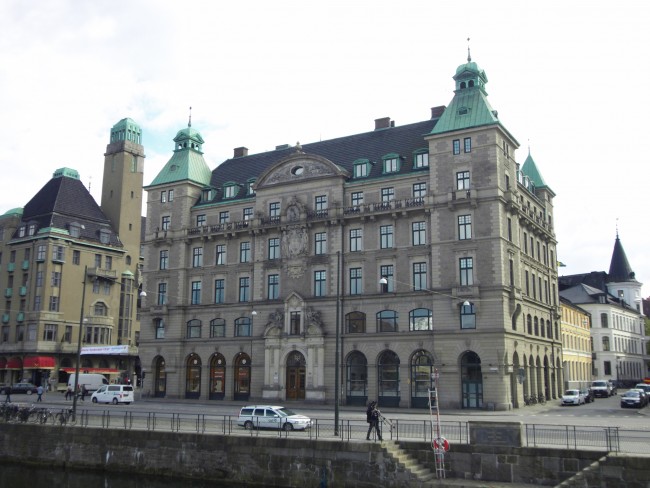 With modern architecture and modern facilities, Hotel Garden is conveniently located just minutes from Malmö’s Central Station and offers 169 rooms with armchairs, satellite TV, hi-fi sound systems and true Scandi design – and all at a reasonable price. There is a restaurant and a lounge, as well as a spa, a sauna, and a solarium. They’ll also book activities for you – everything from bowling to sailing.

Trendy yet cosy, Bastard is one of Malmö’s most forward-thinking restaurants and the perfect place to book a table for yourself and just indulge in the delicious flavours pouring out of the kitchen, particularly when it comes to meat. Affordable, yet oh so tasty, Bastard is not to be missed.

Simple fare with an eye towards perfection, Bord 13 is both stylish and at the forefront of Malmö’s food revolution, which not only reflects the New Nordic cuisine but also remains true to its Malmö roots. This is where you go for a four- or six-course tasting menu that uses fresh local ingredients and allows you to truly submerge yourself in the tastes of Skåne. 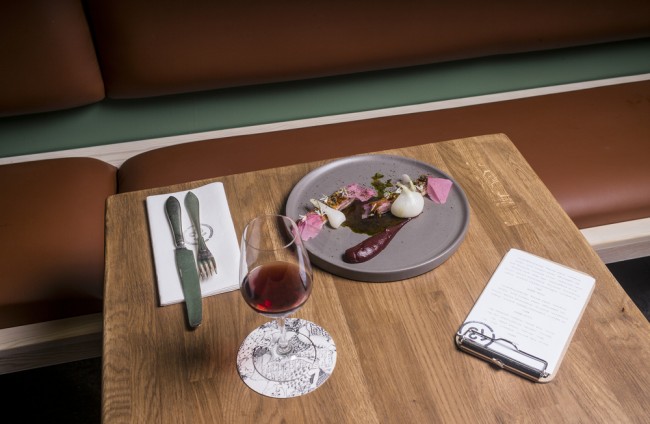 Saltimporten Canteen is bare bones, but that doesn’t mean this no-frills eatery is short on taste. Simplicity is the name of the game here, with one set menu – plus a veg option – that uses local produce from local suppliers. Considering that some say the Skåne region is the bread basket of Sweden, you really can’t go wrong. Bonus: great views.

The Form/Design Centre in Malmö is a cultural marvel, offering three floors of creativity that will have you mesmerised. Known as a centre for creatives in the Malmö region and housed in a 16th century granary, the exhibitions are continually changing and the gift shop is amazingly modern. 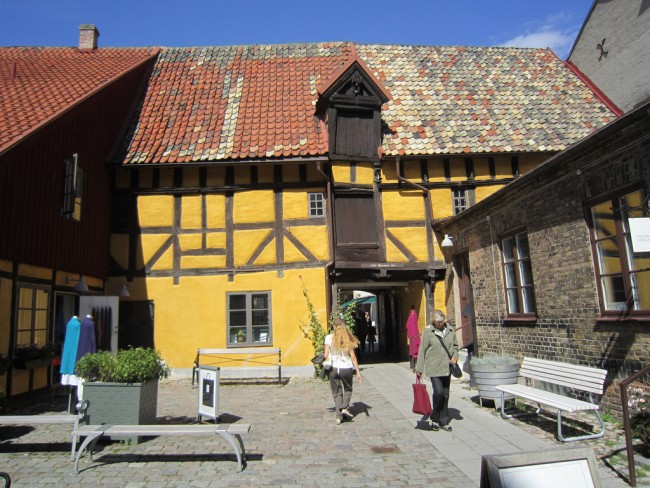 It’s not just southern Sweden’s largest museum, it’s also the Nordic region’s older surviving Renaissance castle, where several museums are hosted and there’s a strong eye on the history of the region. Located in a gorgeous park, this is a full day out – and one you won’t want to miss. Stunning and informative are two words that come to mind. 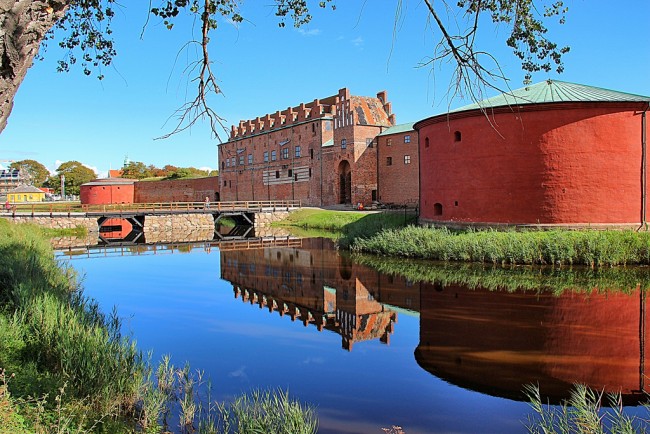 There’s no place more tourist yet more local that Lilla torg, in Malmö’s Gamla Staden. A bit of an annex to the more grand Stortorget, Lilla torg is warm, inviting and filled with restaurants, cafés, and shops. Head to Drumbar, where you’ll meet English-speaking types, both local and from more afar. Or, if you’re full of confidence, grab a table at Yello Mello, the liveliest place in town. 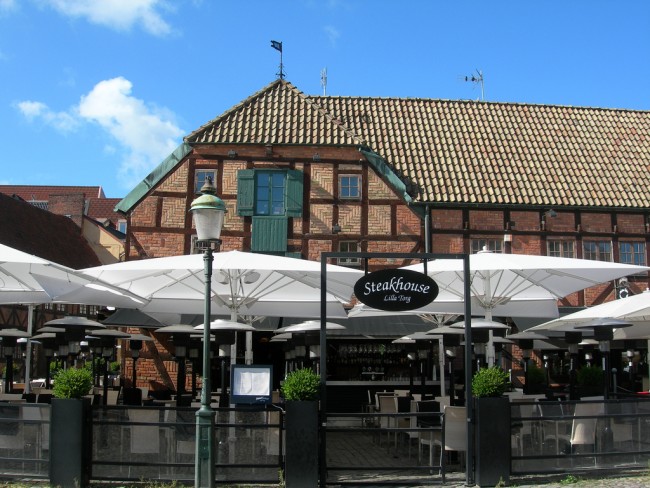 One of the nicest things about Malmö is that it’s pretty compact, meaning you can walk just about anywhere within the city limits without too much trouble. Additionally, the area is incredibly flat, so renting a bike is a great option, but if you’re not up for either of those, public transport in and around the city is comprehensive.

There are two kinds of buses: green buses for city journeys and yellow buses that are regional, taking you to cities close by, such as Helsingborg or Ystad. Note that there are ‘night buses’ designed to handle late-night traffic and they run on a different schedule. In addition, there are local trains (pendeltåg) and ferries out to the archipelago. 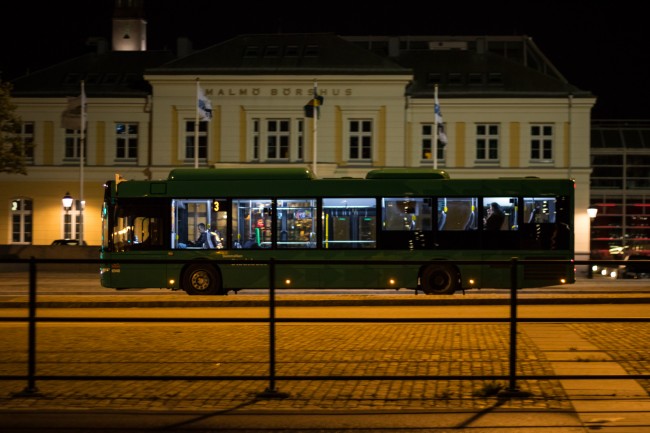 Despite what you may have heard, Malmö – like the rest of Sweden – is perfectly safe.  Normal precautions, such as not wandering the streets late at night after a few too many drinks and not getting into illegal taxis, are standard but if you follow the same rules you’d follow at home you’ll be perfectly fine.

Here’s a handy map to help you find your way around as you explore Malmö solo: