A 'Man-Free' Music Festival Is Coming to Sweden 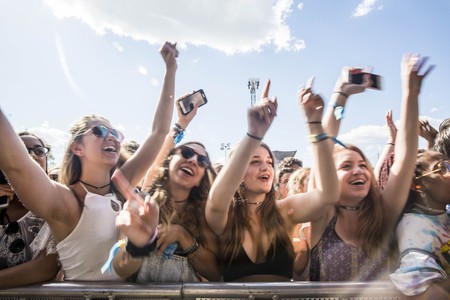 For the ladies who’ve been dreaming of a music festival sans men, book your flights for Sweden in 2018.

The announcement comes after reports of 23 sexual assaults and four rapes at the country’s largest festival, Bråvalla, which took place this past weekend. Hosted in Östergötland, and boasting headliners like The Killers, The Chainsmokers, and System of a Down this year, police received numerous calls about sexual assaults and rapes at Bråvalla in 2016 as well, leading organizers to cancel the 2018 iteration.

In response to these horrific reports, Swedish comedian Emma Knyckare suggested that someone start a festival where only women can attend.

“What do you think about putting together a really cool festival where only non-men are welcome?” at least “until all men have learned how to behave.”

A day later, she went on to answer her own call, writing on Instagram (translated by The Independent):

“Sweden’s first man-free rock festival will see the light next summer. In the coming days I’ll bring together a solid group of talented organizers and project leaders to form the festival organizers, then you’ll hear from everyone again when it’s time to move forward.”

Swedish Prime Minister Stefan Löfven condemned the sexual attacks during a televised segment on Sunday, calling for increased surveillance at festivals and saying these acts “must stop.”

“This is so disgusting. These are obnoxious acts by deplorable men,” Löfven told the Swedish daily newspaper, Expressen.