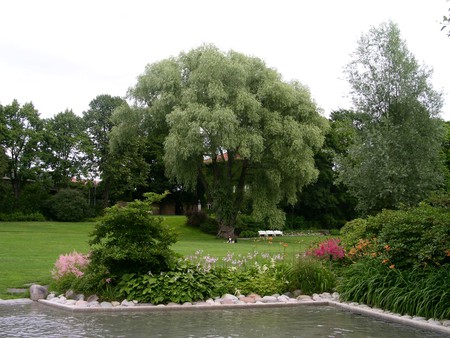 Arthur von Schmalensee was a Swedish architect known for designing a number of different buildings in Stockholm, including apartment complexes and factories. One of his most interesting was a building in Sundbyberg, a suburb of Stockholm that’s just a 12-minute metro ride from the central station.

Marabou, chocolate and a park

It is located in Marabou Park, which was built for employees of Marabou, Sweden’s largest chocolate company and a bit like the Swedish Cadburys. If you walk into any supermarket, corner shop or kiosk, you will inevitably find it filled with various Marabou bars. They are perhaps most famous as the creators of Daim. When the company moved into the area in 1916, they took over a huge plot of land that contained a park, at that time called Sundbybergs Gards Park, which was under threat by Marabou’s new development.

The municipality wanted to ensure that there was still some green space in the area and implored Marabou to keep the park, if only for their own employees and their families. At that time, Marabou was owned by Johan Throne Holst, a Norwegian industrialist who had cornered the Norwegian chocolate market. He decided to put his son, Henning, in charge of Marabou and their entry into Sundbyberg and the Swedish market. 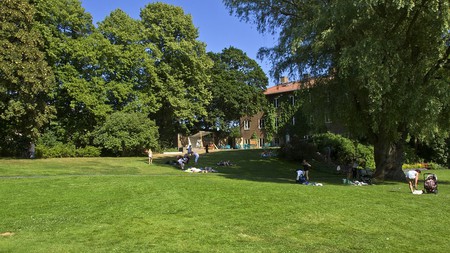 Luckily for the local municipality, both Henning and John were both progressive when it came to looking after their employees, and decided that not only should there still be a park, but that the company should invest in making sure their workers were happy and healthy. Henning strongly believed in the idea that workers who lived in a good environment would be more efficient.

As part of this drive, they built a cafeteria and a modern office building and, of course, invested in the park. They hired landscape architect Sven Hermelin to create a space that would be pleasant and provide a calm and tranquil area. Between 1937 and 1955 they worked tirelessly to update the park, adding to it and continuing to design new features. 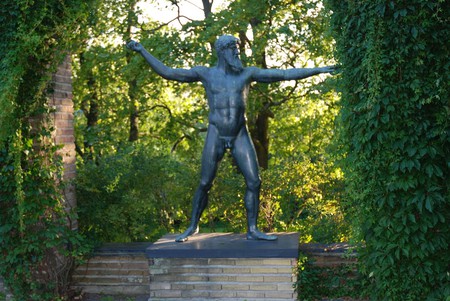 One of the most important aspects of the scheme was the drive to introduce art and sculptures into the park. Henning believed that access to art was important and would create more productive workers. Therefore, alongside building new spaces for employees, Henning and Marabou also aimed to build factories and processing plants that had a degree of artistic value.

This is why they brought in von Schmalensee to design a factory building that was used as a space for experimenting with and processing cocoa. The building was designed in the classic functionalist style, and remains one of Sweden’s best examples of it. 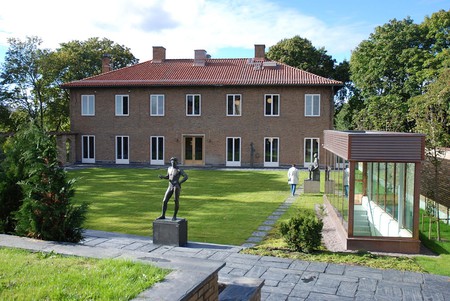 The outside of Marabou Konsthall | © Boberger / WikiCommons

Marabou eventually grew too large for Sundbyberg and have since been bought by Kraft Foods. The municipality saw value in the park, though, and decided to purchase it in 2006, and it remains as a public space featuring some wonderful pieces of art. On top of this, a group of art lovers collaborated with the local council to create Marabouparken Konsthall, an art gallery that seeks to promote the work of contemporary artists, both in Sweden and across the globe.

The gallery was opened in the building that was designed by von Schmalensee and has kept the functionalist style, but added a splash of colour as well as an exciting and buzzing atmosphere. It is run by a foundation, which means that free entry is offered to everyone who wants to visit the gallery and attend exhibitions there.

They host a number of events, and aim to find new ways top open up art and culture to everyone. This often goes beyond simply exhibiting work, and means that the gallery hosts talks, podcast recordings, a children’s club and book launches, too. They even have free tours for students of Swedish for Immigrants, a free language course offered by the Swedish government. 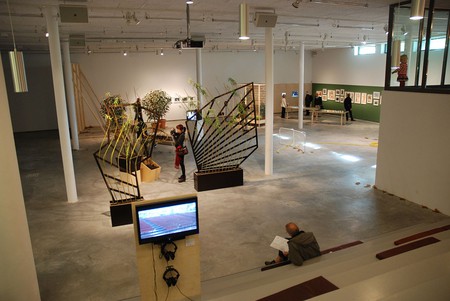 The inside of the gallery during an exhibition | © Bengt Oberger / WikiCommons

A gallery for the community

Similarly to Konsthall C, a gallery in the southern suburb of Hokarangen, Marabouparken Konsthall aims to be a community space, and wants to encourage discussion and give people experiences they might not otherwise have. The centrepiece of this idea is the Marabouparken Lab, where the gallery works to foster collaborations with other artists, galleries and people who commission art, in order to create long-term projects.

Some of these collaborations have included working with KLISTER, an organisation that promotes contemporary art, and forming Syskonsthallarna, a group of four mid-sized art galleries in the city, including Konsthall C and Tensta Konsthall, to ensure that smaller galleries can survive and create in the city. Marabouparken Konsthall plays a very important role in contemporary art in Stockholm. 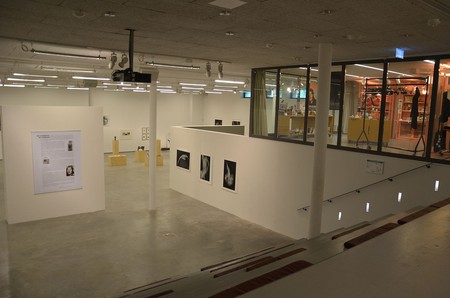 There are so many wonderful spots to visit in Stockholm that it is often easy to miss places such as Marabouparken Konsthall, and indeed the park itself. It is unlikely to be on the front of a brochure about the city or feature in any top-ten guide, but it is a great example of what makes the city so special. It is a community space that has been reclaimed and refurbished to provide people with the opportunity to engage with art. If you are in Stockholm, make sure to check it out and support a unique gallery.